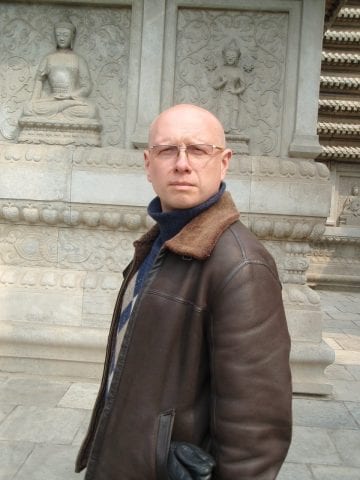 After invasion in Ukraine, Western sanctions and self-proclaimed “Turn to the East” Russia slowly but surely looks more and more intertwined with China. There is indeed much evidence of this. Joint military exercises, plans to broaden strategic security cooperation, new powerful gas pipeline just put into service, intentions to build more pipelines in the future, certain growth, albeit shaky, in bilateral trade volume – only 20 % in 5 years with considerable ups and downs, reaching at last $ 108 billion in 2018.

To this should be added what looks like intensive diplomacy, regular summits fueled by arguably warm rapport between top leaders, establishment of several joint commissions and funds, much talk on mutual geopolitical supportiveness (SCO, BRICS) with tangible anti-Western connotation: both Russia and China are apparently under Western pressure of sanctions and looming “trade war” respectively.

Still, however, there is no clear qualitative breakthrough to close alliance or to mutual strategic economic and security penetration. China remained aloof of Russian generous offer to own control stakes in several strategic energy assets in 2015 with Chinese overall accumulated investment into Russia remaining only $ 3.3 billion in 2019. In 2018 alone China withdrew from Russia $ 900. High executives of one of the biggest Russian bank consortiums VTB even accused China of following US policy of financial sanctions against Moscow. Russian export to China grew only 0.9% in the first three quarters of 2019. The task to reach strategic target of $ 200 billion was officially postponed till 2024.

Moscow is apparently wary of Beijing’s ambitious “One Belt One Road” initiative, stating imperative to “interface” it with Russian “Eurasian Economic Union”, without, however, much intelligible mechanisms and “road maps” to do so. Beijing is hesitant, at best, to support Moscow’s view on Crimea and, in broader sense, on Ukraine. Chinese side expressed “understanding” of Russian “motivation” in the conflict, at the same time invariably calling for “peaceful solution” and “upholding of Ukrainian territorial integrity”. Moreover, at least from the mid-2018, several Chinese open sources began to frankly doubt long-term sustainability of Moscow’s domestic and foreign policy and even resilience of Russian top political leadership.

So, what is it all about? In my view, it is all about Moscow’s and Beijing’s gambits, which do partly coincide but simultaneously push Russia and China away in several other respects.

Moscow’s gambit seems to be raising the stakes in the chaos of suspended solution to the crisis in Eastern Ukraine, Western sanctions, EU latent crisis and looming US-China trade war. If this is a “strategy”, then it is that of no clear goal, but survival of domestic political setting by means of perpetuating, whenever possible, Global “Brownian motion”. This “strategy” is viewed by Moscow as “best fit” for the current. So far, no better is needed.

Regarding China, the gambit of Moscow aims at making Beijing more receptive to Russian expectations and pushing it to take more clear anti-US position, without, however, to ally with China comprehensively, since the stakes of such alliance could be unbearably high for today’s Russia. First, Moscow is not ready to be “No.2, junior”. Second, she is still striving to normalize relations with the West, but on her conditions.

At the same time, Russia tries to scare the West depicting her rapprochement with China moving fast in the direction of “alliance”, hoping, perhaps, for easing of the sanctions. West if feasibly worried, however not scared enough, hypothesizing Moscow’s unwillingness to become the “junior partner” in such “alliance”.

Beijing’s consistent strategy toward Russia since the establishment of “strategic cooperation” of the two in 1996 was, primarily, not to scare Moscow into the arms of the West. Also, however, not expecting Russia to provoke full-scale confrontation with US or EU.

China’s view of Russian foreign activity since 2014 is ambiguous. On the one hand, Beijing is, probably, applauding since Moscow “called the fire on herself”. On the other hand, Russian “calling fire” made Beijing to face the choice, it would not want to make. Moreover, recent historical empirics with unexpected collapse of the USSR and subsequent politico-economic swaying of post-Soviet Russia shaped Beijing’s deep-down view that the giant northern neighbor is hardly a reliable and potentially stable partner. Therefore, China’s gambit regarding Moscow currently is to use what Beijing can use from what Russia has to offer politically, economically or militarily, without accepting far-reaching obligations of close alliance. China is apparently not ready to pay in full for Russian external and internal unpredictability.

Pursuing these gambits may indeed bring two countries technically closer in certain important spheres. Ironically, however, playing such a “match” also may increase mutual distrust. Anyway, the forming of full-scale anti-Western alliance is, to my mind, out of question. Moreover, the endgame of the gambits may come unexpectedly with apparently sudden, but profound change in domestic and foreign policies of the “partners”. Due to deeper causes of cultural, historic and politico-economic nature I tend to view Russia as the most possible candidate to commence the turn.