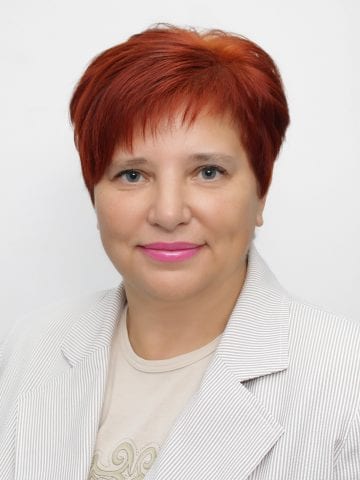 Quarantine restrictions, which were introduced in 2020 as a result of the COVID-19 pandemic, negatively affected businesses around the world and in Ukraine as well. From January to March 2020, the proportion of the informal working population in Ukraine was 20.6% and in April rose to 40%. The number of registered unemployed in the 2nd quarter of 2020 increased by 80.32% compared to the 2nd quarter of 2019. During the quarantine period, the enterprises optimized their work as much as possible: some of the personnel were reduced, some were transferred to remote work. The largest number of unemployed during the quarantine period was recorded in the western regions of Ukraine, to which people working in European countries returned. During the quarantine period, small and medium-sized businesses suffered the most.

In the following months, however, there was an upward trend in the amounts of these payments. Economic sectors that depend directly on the number of living customers have been hit by their revenues during the quarantine. But there were sectors of the economy that, on the contrary, during the period of isolation, not only kept their profits stable but also increased them. Tax payments by postal operators increased by 29.88%. Tax payments by health-care institutions increased by 6.08%. In the following months of 2020, taxes from hospitals increased. The quarantine period was difficult for the vast majority of enterprises in our country, especially for those who depend directly on the living consumer.

But it is this experience that has taught every entrepreneur that it is necessary to be able to quickly find alternatives to increase incomes. Once the quarantine was lifted, not all businesses were able to recover quickly. Cinemas, for example, have not been able to raise their revenues significantly. The number of visitors to cinemas after the end of quarantine (which is from July 2, 2020) was only 5-10% compared to the same period 2019. A similar situation occurred in the tourism business. Open borders have not helped to restore the past flow of tourists, and our citizens have been slow to travel, one reason being the low solvency of a large number of people. The restaurant business recovered faster. Taxes on restaurants and mobile food increased by 45.25% per month on average. The hotel business recovered more slowly. Tax payments by hotels increased by an average of 21.19% per month. The largest increase in income was in the hospital business, which paid taxes to the state in 2020 by 12.34% more than in 2019. Besides the usual quarantine in Ukraine was introduced in the so-called “weekend quarantine”, however, the losses from the implementation were not as serious as anticipated.

Economists estimated that the losses from such restrictions should have been 0.2% of GDP, but in reality, the figure was even smaller. Despite this state of affairs, the uncertainty and inaccuracy at first frightened the entrepreneurs, as many of them, in some areas, we are simply not able to survive the quarantine. For three months of severe quarantine restrictions, adaptive quarantine and, “weekend quarantine” the business of Ukraine has suffered losses, that is both the profits of enterprises, and the staff cuts, and the decline in the standard of living in general, which also affects each entrepreneur, and the economy as a whole.

In 2021, enterprises begin to recover and increase their staff. Throughout and after the quarantine, the State tried to support both ordinary citizens and entrepreneurs. Reserves of social assistance for the unemployed have been created; relaxation of tax policy, for business; one-off allowance, and much more. Such measures were implemented not only during the first wave of disease but also projects are being developed that will begin with the projected second wave of coronavirus pandemic. Issues of State assistance are topical and important.