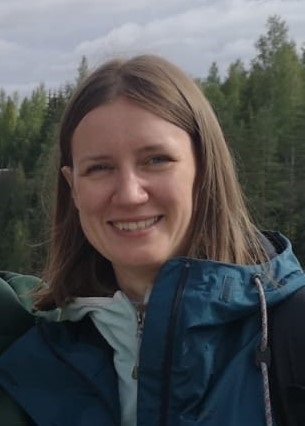 The Kaliningrad region is characterized by a noticeable asymmetry of relations with neighboring states and the strengthening of the role of the border as a dividing marker against the background of intense cross-border interactions in the recent past. A series of sociological surveys conducted in 2020 as part of the Russian Foundation for Basice Research project (no. 20-05-00697 “Kaliningrad Identity in Cross-Border and Cross-Cultural Contexts”) showed that people evaluate life across the board differently. Comparing the Kaliningrad region and neighboring countries, almost half (49%) of the respondents believe that the level of economic development in Poland is higher, and only 6% believe that it is lower. The economic situation in Lithuania is assessed a little more skeptical: 29% believe that the economy in Lithuania is better developed, and 10% think that it is worse than in the Russian exclave. At the same time, a significant part of respondents (32% in Poland and 42% in Lithuania) cannot compare the level of development of neighboring countries, which correlates with low population mobility.

Questions arise whether such comparisons have objective grounds, whether the factors of unfavorable cross-border comparisons influence the formation of Kaliningrad identity, to what extent the frustration experienced is a consequence of objectively existing differences in the achieved standard of living, and to what extent it is a product of social imagination, ideas, and stereotypes of the public opinions.

Border spaces have a certain similarity in socio-economic patterns. Regional centers are distinguished by their migration attractiveness, dynamism, level of education and incomes of the population, resort areas – by an increased proportion of older people and the development of small businesses, and peripheral and rural areas – by depopulation, poverty, and a low level of entrepreneurial activity. However, despite the similarities, a detailed examination of the processes taking place in the Kaliningrad region and neighboring EU countries reveals many differences.

If the Kaliningrad region, against the background of Russia, is characterized by migration attractiveness – most of its cities and regions, except for the agro-industrial periphery, demonstrate a stable population and even positive dynamics, then the Polish and especially Lithuanian borderlands suffer from an outflow of population, the rate of which increased after entering the EU. In the case of income assessment, the picture is different, the comparison is not in favor of the Kaliningrad region. The level of wages in Kaliningrad is about one and a half times lower than in Klaipeda and two times lower than in the Polish Tricity. If we compare the cost of living, then, according to the Numbeo portal, the purchase of food, clothing, shoes, and some durable goods is cheaper in the border municipalities of Poland, and cigarettes and gasoline in the Kaliningrad region. Kaliningraders also spend significantly less on utility, mobile communications, the Internet, and public transport.

The events of recent years have had a negative impact on the border economy of Poland and Lithuania, primarily on the sector of trade and consumer services, which were focused on demand from the inhabitants of the Kaliningrad region. Even though nominally wages and municipal budget revenues are growing both in Poland and Lithuania, the contraction of local labor markets has increased the outflow of young people to stronger economic centers – capital cities and other European states. On the contrary, in the Kaliningrad region, despite the disruption of the usual order, European sanctions have spurred the development of the agro-industrial and tourism sectors, contributing to import substitution, and displacing the habit of households to travel for everyday goods to neighboring countries. The result of a combination of multidirectional trends was the alignment of cross-country gradients of socio-economic development. So, in 2019, the difference in per capita GRP indicators between the Kaliningrad region, the Pomorskie voivodship and the Klaipeda district did not exceed 40–45%.

Thus, there are differences, but they are not cardinal. In turn, the emotions experienced by people, the arrangement of value priorities and their perception led to cognitive distortions of the picture of the surrounding world. Neighbors act as a reference point in assessing their own standard of living. Cross-border practices encourage Kaliningraders to compare life on different sides of the borders, but not always lead to a critical or realistic perception of the situation, but rather contribute to an even greater spread of myths. The starting points for assessment are not only ideological clichés, but also assessments of their daily lives, food prices, the level of social benefits, and infrastructure development. Explanatory schemes come to the rescue, helping to interpret why life is better on the other side of the border. The area of ​​comparison includes stories that would not be the subject of discussion or comparison without cross-border practices and acquaintance with life on the other side of the border. The high level of infrastructure development and the abundance of cheap goods give Kaliningraders confidence in a higher standard of living in Poland. Thus, comparison with neighbors falls into the basis of subjective ideas, and not objective truths.

Mobility is becoming a key parameter for the differentiation of the Kaliningrad society in terms of assessing one’s own well-being, life satisfaction and comparison with neighbors. The isolation of the region in the new circumstances may lead to the fact that negative comparisons will intensify. Cross-border practices have ended and are unlikely to resume soon. The object of comparison will become remote, knowledge about the life across the border will be less specific, which will lead to the strengthening of myths and stereotypes and their influence on the feelings and perceptions of residents.