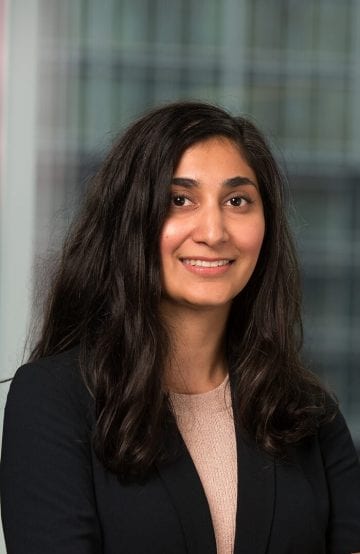 Trade policy has been high on the Trump administration’s agenda since taking office in 2017. One of President Trump’s first actions was to withdraw the United States from the Trans Pacific Partnership (TPP) agreement (now called the CPTPP), setting the tone for a new approach to trade—less cooperation, more asymmetric bilateralism. The driving force behind this adjustment was simple. If the United States was in the negotiating room with only one partner, it could focus on “rebalancing” the relationship and get a “fairer” deal. This logic underpins all subsequent trade actions taken by this administration, from steel and aluminum tariffs imposed under the Section 232 statute, the World Trade Organization’s Appellate Body crisis, to the general approach to China.

But the full contours of this policy revealed themselves in the renegotiation of the North American Free Trade Agreement (NAFTA). As Canada and Mexico first sat down at the negotiating table in the summer on 2017 with their longtime friend and ally, it became perfectly clear that the United States had radically departed from past policy, with no reservations about the consequences such an approach would lead to.

The new NAFTA, referred to in the United States as the United States-Mexico-Canada Agreement (USMCA), was signed in November 2018, but given the change in leadership in the U.S. House of Representatives that same month, House Democrats demanded changes to the agreement before setting a date to vote on the deal. While the negotiations between House Democrats and U.S. Trade Representative Robert Lighthizer did improve some problems with the USMCA, such as ensuring the state-to-state dispute settlement mechanism could function, many other troubling changes were left intact. Two significant issues stand out — the tightening of rules of origin for automobiles, and the sunset clause. Both of these changes reflect the administration’s general approach to trade policy, which aims to take measures that appear to boost the U.S. industrial base, and also to ensure that no deal is ever secure, leading to endless negotiations and uncertainty. I address each in turn.

In the original NAFTA, passenger vehicles with 62.5 percent North American content could qualify for duty free entry in the NAFTA partner countries. However, in USMCA, this was strengthened to 75 percent. Why does this matter? Because rules of origin not only determine preferential treatment, but also affect how companies make sourcing decisions for their products. A stricter rules of origin regime leads to less choices for manufacturers on where to source their products, leading to a loss of efficiency gains. In the North American auto sector, which is highly integrated and plugged into supply chains around the world, changes to these rules is consequential. This is also precisely why the auto rules of origin were relaxed in the CPTPP to 45 percent content from the trade bloc (both Canada and Mexico are CPTPP parties).

But this change to overall content rules was not all the Trump administration secured. They also negotiated a requirement that 70 percent of the steel and aluminum used in the production of vehicles are sourced in North America. Even more worrying was the inclusion of a labor value content requirement for the first time in a U.S. trade agreement. This provision requires that 40-45 percent of auto content is made by workers paid at least $16 an hour. The motivation behind such a measure is obvious — to move auto manufacturing out of Mexico, where assembly workers make approximately $7.34 an hour, and parts workers make about $3.41 an hour. Now, auto producers could simply forgo compliance with these rules and pay the 2.5 percent most-favored nation tariff instead, but in the end costs will undoubtedly go up, and the integrated North American auto supply chain will inevitably suffer, particularly in Mexico.

The other “innovation” of the Trump administration was to include a provision that “sunsets” the agreement in 16 years unless all three parties agree to continue it. After 6 years, Canada, Mexico and the United States are supposed to reevaluate the agreement and make changes, if desired. While trade agreements should be updated, NAFTA already provided a mechanism for this — Article 2001 in NAFTA (carried over to USMCA) gives the Free Trade Commission (made up of the three trade ministers) the ability to review the agreement. What the sunset clause does is different, however. It forces expiry if the parties can’t reach consensus to maintain the agreement. And since there is only a minimal role for the legislatures in this process (in the form of consultations), it is not hard to see how such a provision could be used to suit the political whims of whoever is in power. The executive branch retains ultimate authority on withdrawal. This clause not only bakes in uncertainty to the agreement (something trade agreements are supposed to avoid), but also underpins a key strategy of the Trump administration, to ensure that no deal is ever secure, and that negotiations are always ongoing.

Talking about the European Union’s temporary exclusion from the Section 232 tariffs on steel and aluminum in March 2018, French President Emmanuel Macron said, “In principle, we discuss everything with a country that is a friend and complies with WTO rules… [But] we talk about nothing in principle with a gun pointed at our head…. The American strategy is a bad strategy.” He is correct. The Trump administration has employed a new tactic that has left allies unsettled and markets rattled. While President Trump may claim this policy approach is a success, the facts belie these assertions. The USMCA, which he has been especially proud of, is not expected to lead to significant gains in real GDP, and as studies conducted by the International Monetary Fund and the C.D. Howe Institute show, the effect is likely to be negative or zero. The acrimonious process of negotiations, which has been replicated by this administration in talks with China and the European Union as well, have left a sour taste in the mouths of our trading partners and friends. The Trump administration’s trade policy has starkly made clear that the United States no longer stands as a leader in the trading system, but instead is the greatest threat to that order. We can only hope the rest of the world takes actions to maintain a free and open international trading system in the face of such an assault.