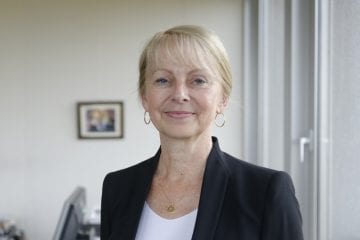 The WTO is in crisis by any measure. It’s two most important functions—negotiating new trade rules and resolving disputes over existing rules—are both in disarray. Attempts to update and rebalance global trade rules failed in the Doha round. The dispute settlement mechanism is in limbo because of the refusal of the US to allow new appointments to the appellate body that rules on challenged panel decisions. Meanwhile global trade disputes escalate, with the strong taking matters in their own hands, often provoking tit-for-tat retaliation by the victims. Against this backdrop there have been widespread calls to reform the WTO.

What are the prospects for WTO reform and for the WTO more broadly? The current global pandemic will undoubtedly direct attention away from the more chronic problems that had infected global governance. However when the world emerges from the pandemic attention will return to those institutions that had been underperforming, including the WTO. Then and for the foreseeable future there are three possible scenarios for the WTO. First, and probably most likely, it may limp along with the existing limitations and no serious reform. The organization still provides the basic rules of trade for most bilateral trading relationships and countries will be reluctant to let go of this fixed reference point, particularly in a slow global economic recovery and continuing trade uncertainties. As for disputes, the incapacitation of the appellate body may leave many trade disputes suspended without the possibility of final resolution. Countries that are willing could make bilateral or group arrangements to resolve disputes or may simply tolerate the status quo.

In a second plausible scenario, the organization may be buffeted by growing strategic rivalry in ways that undermine even the current suboptimal equilibrium. The US administration has been pressing allies to align with it against China and the WTO is bound to feel the strains, at least to some degree. For example, a proposal announced in January by the US, EU and Japan would target China’s subsidies and other state-led economic practices. It would establish a plurilateral agreement that would be a de facto reflection of a world dividing into economic blocs, even if it occurs within the shell of the WTO. On the other hand, the recent discourse in Europe of building national champion firms and the pandemic-induced announcements of huge increases in state aid and even government equity stakes in private businesses could lead the bloc to have second thoughts on tightening rules regarding subsidies, state aid and state-owned enterprises.

In a third scenario, perhaps least likely on the current geopolitics but best in terms of future global stability and growth, the WTO could be the locus for a negotiation to update the trading regime for the realities of the 21st century economy and politics. A new negotiation would have to take into account the dramatic shift in economic weights since the organization was founded in 1995. The WTO was born at a time when the cold war had just ended and there was an assumption that western liberal capitalism was the only system standing, one which could set global rules to its own preferences and advantage. Fast forward a quarter of a century to today: China has grown to be the second largest economy in purchasing power parity, the largest exporter to most countries and a hub of many global supply chains. Russia has largely recovered from the collapse of the 1990s. Developing and emerging economies once again have the possibility of choosing economic partners or playing one bloc off against the other. These geopolitical realities would make new negotiations even more difficult than the failed Doha round, but at the same time could offer the possibility of a final deal based on realism, that balances the interests of countries with different economic philosophies and political systems.

The current WTO rules allowed huge growth of China’s economy, which had negative distributional consequences in many higher-income countries, as mobile capital exploited its trade and investment rights to the full while the interests of labor, the environment and social solidarity were often neglected by governments. A durable reform of the global trading system will require flexibility that allows countries with different systems to trade without sacrificing the other legitimate interests of their citizens and polities. Considerations of distributional justice (such as local procurement policies and minimum wages), sustainability (such as carbon border taxes) and economic development strategies (such as industrial policy) will have to be on the table.

To the extent that the US and EU see China as a problem to be contained there will be no solution at the WTO. Rather, regional trading blocs will be the focus. This will produce slower growth for the west as China’s huge economy and population and that of its bloc partners will be out of reach. It will require the dismantling of global supply chains, producing at least sharp temporary supply shocks. And it will reinforce the tensions, suspicion and rivalry that in the past have led eventually to more dire conflicts.