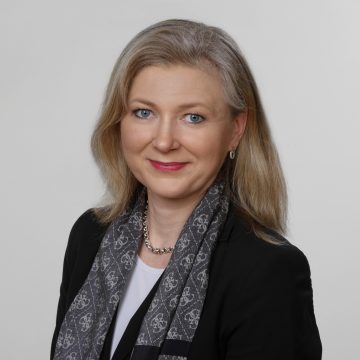 Today the global competition for investments is fiercer than ever. Accessibility of and connectivity within and between cities, regions and countries are the key enablers of winning the game.

According to the recent FDI Attractiveness Scoreboard, Finland has maintained its position as the 3rd most attractive country for foreign direct investments from 2009 in the 2016 update. Finland is the most attractive EU Member State and only behind Switzerland and Hong Kong on a global scale. However, some factors such as the peripheral location of Finland in the EU tend to pull Finland’s overall attractiveness down.

To attract investments, accessibility is vital

Transport and logistics infrastructure is found to be the third most important location factor for international investors in an investor survey undertaken by Ernst & Young. Similarily, in a recent study by Business Finland, accessibility is found to influence the location choice positively as the costs of transporting intermediate and final goods will be lower.

In order to strengthen the accessibility and connectivity of the part of Finland which covers +50% of Finland’s population, jobs and GDP, and +60% of Finland’s R&D&I investments, the involved 6 regional councils and 13 major cities, including the capital region, have formed a strategic alliance, the Northern Growth Zone.

The Northern Growth Zone stretches from Stockholm to St Petersburg, bringing together more than 13 million people and an economic area worth over 330 billion euros, and it is defined as a key business and innovation region in Finland’s Strategy for the Baltic Sea Region.

Further, the Northern Growth Zone and the state of Finland have agreed on a growth zone agreement for the years 2016 – 2019, with a specific growth funding instrument focusing on more effective logistics flows with the uptake of digitalization. In the ongoing pilot projects, logistics costs have been reduced at best as much as 70%, reducing also the carbon footprint of logistics dramatically.

Ecosystems as the focus of Finnish industrial and innovation policy

One of the recent developments of the Finnish industrial and innovation policy is focusing on ecosystems. This policy is operationalized by Business Finland’s targeted Growth Engine funding instrument, strengthening the orchestration of selected ecosystems expected to generate EUR 1 billion in turnover from new businesses, exports and foreign investments in Finland.

The European Union TEN-T policy focuses on removing the bottlenecks on the main logistics routes, defined as the Core Network Corridors.

The Scandinavian-Mediterranean Corridor is the largest of the altogether nine corridors, in terms of core network length of rail (ca. 9.400 km) and road (ca. 6.400 km) and number of core ports, airports and rail-road terminals (in total about 90 sites). 15% of the EU28 population lives along the regions of the Scandinavian-Mediterranean Corridor, which generate 20% of the European GDP.

The One-hour-train initiative – the high-speed rail link between Turku and Helsinki – is one of the key pre-defined projects on the Scandinavian-Mediterranean Corridor, connecting Finland to the European network.

The vision of the recently launched Scandria®Alliance agreement is to cooperate with the European Union, member states, regions and other relevant stakeholders in order to implement a sustainable and multimodal transport system by 2030 in the Baltic Sea Region and the regions along the Scandinavian–Mediterranean Corridor.

All of these recent agreements, alliances, networks and ecosystem initiatives contributing to the accessibility and connectivity of the Northern Growth Zone further improve the fluent flows of people, goods and data, and strengthen Finland as an attractive location for FDI.