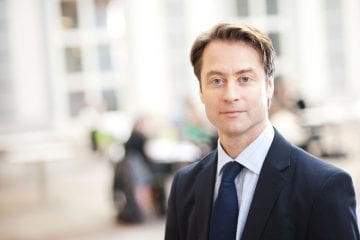 30 years after the first post-communist election in Poland and the fall of the Berlin Wall, many ex-communist countries have made remarkable progress in terms of both economic and political developments. The transition process started somewhere between 1989 (like in Poland and East Germany) or a bit later in 1991 (when the Soviet Union was dissolved) and the first decade or so of transition until around the end of the 20th century was the most dramatic in terms of large changes in political systems and economic performance. The following two decades have certainly also included significant changes in the lives of people in these countries but in most cases in less dramatic fashion.

The Stockholm Institute of Transition Economics (SITE) at the Stockholm School of Economics also celebrated its first 30 years in 2019 and hosted several conferences on what we have learned from transition so far and we have summarized different aspects of this in research and policy papers. The following text is largely based on these writings and presentations at the conferences.

If we start with what happened to income in the transition countries, there is the overall picture of initial collapse and turmoil that saw incomes being cut in half in the average country coming out of the Soviet Union (FSU12 countries) and by a quarter in the Eastern European countries that were closer to the EU and eventually became members of the Union (EU10 countries). The ride down the income ladder lasted for around six years in the FSU12 group and only half as long in the EU10 countries. The length and severity of the downturn then of course also had implications for how long it took to recover income levels to pre-transition years, and while EU10 countries had to wait a decade to recover, it took FSU12 countries two decades to be back to where they started at the onset of transition. Of course the exact magnitudes of the drops and times to recover is crucially dependent on what the true income levels were at the start of transition, and there are many questions surrounding this data. However, the general picture of the relative fortunes of these country groups in the initial phase of transition is rather clear; the longer a country was from the EU, the more difficult was the initial phase of economic transition.

The political transition across the region was perhaps even more diverse than the economic. By most indicators (for example Freedom House, Polity IV project or the Varieties of Democracy project), all of the EU10 countries made significant progress towards full democratic systems in just a few years, while the democratic progress in the FSU12 group was modest at best. Only three or four years into the transition period, a very significant democracy gap had opened up between the countries close to the EU and the other transition countries. Although there were some initial signs of progress also in the FSU12 group, in most cases this was reversed early on in the transition process. As measured by the Freedom House indicator of political rights, the average EU10 country was rated 1.2 at the end of 1999 (close to the top score 1), while the average FSU12 country was around 5 (with 7 being the worst score).

After transition’s first decade of rather turbulent and unpredictable developments, economic indicators and in particular economic growth have evolved more in line with what regular empirical models would predict for countries of this level of development and investments in physical and human capital. In some natural resource abundant countries in the FSU12 group, international prices of oil, gas and mineral have added an extra dimension of both growth and volatility. This led to a prolonged period of growth averaging around 4 percent per year in EU10 countries and 5-6 percent growth in FSU12 countries with somewhat lower growth in the countries that do not export natural resources. The fortunes of resource exporters have then been muted in years of falling or volatile international prices, highlighting the need to diversify their economies and attract investment in non-extractive sectors. As in most countries in the world, the growth challenges in this region includes how to enhance productivity through education and research as well as an institutional framework that is susceptible to long-term investments and with a strong focus on environment and climate to make this growth sustainable.

The political transition has turned out to be even more complicated in recent years with several of the countries in the EU10 group making institutional and policy changes that negatively impact their democracy scores. Hungary and Poland have repeatedly made the headlines for attacking their own democratic and legal institutions. In particular, freedom of expression and information have come under attack as well as judicial and legal constraints on their executive. A few other EU10 countries have followed on a similar worrisome path and the other EU members need to ensure that the initial success of the democratic transition process is not undone in the years to come. On a more positive note, some of the FSU12 countries have seen recent movements towards democracy which is something that also deserves close monitoring and support from the EU.

In short, with transition countries still at income levels that are only 30-50 percent of the old EU members and democracy backsliding in several transition countries it is time to refocus our attention to this region. Transition 30 years after the fall of the Berlin Wall and post-communist elections in Poland is not a done deal, we in the EU need to keep fighting for it until it is!