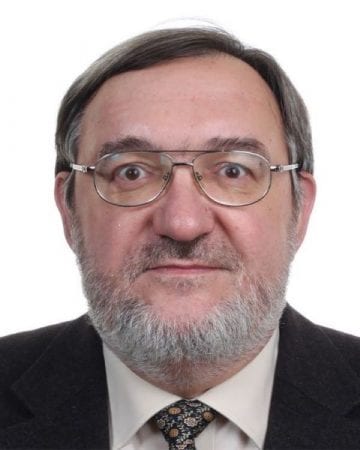 In contrast with the Cold War era, when border regions were seen as remote and provincial territories, now marginally/peripherally located actors can successfully play with their unique position both domestically (in relation to the centre) and internationally (with similar marginal and/or central actors). Marginal actors can make use of their geographic location by acquiring, for instance, the role of mediator or “bridge” between countries. They can turn their marginality from a disadvantage to a resource and transform themselves from provincial territories to attractive places hosting intense international flows of goods, services, capital, technologies and people.

The EU-Russian cross-border cooperation (CBC) is a particularly illustrative case of successful use of marginality as a resource for both solving most compelling needs of neighbouring regions and ensuring their sustainable development.

Even the deterioration of the EU-Russia relations in the aftermath of the Ukrainian crisis did not undermine CBC between neighbouring border regions. On the contrary, given tense relations between Brussels and Moscow, both the EU and Russian leaderships believe that shifting the focus of their bilateral cooperation from the national to the regional and local levels would be an appropriate solution.

These programmes provide opportunities for dialogue with a number of different stakeholders, including civil society organisations, local and regional authorities, academia and the private sector. In other words, CBC offers one of the few available funding platforms for certain (marginal) stakeholders who would otherwise not have access to such cooperation. It should also be noted that CBC networks strengthened dialogue both between neighbouring countries and regions and within participating countries.

Many CBC programmes are characterised by the partners’ strong commitment and ownership. The programmes are not only planned but also implemented in a coordinated manner, and through joint management structures involving partners at different policy levels (national, regional, local). This is certainly an important contribution to good neighbourly relations and the creation of a climate of trust between the partners that is especially valuable in the context of current EU-Russia tensions.

In general, EU–Russia CBC programmes provide a very effective instrument for the promotion of strategic cooperation between the partner countries, even in the post-2014 environment. Relations between some EU member states and Russian institutions in the transport, border management, environmental, healthcare, educational and cultural sectors seem to be very strong and there is great willingness to continue cooperation.

There are, however, a number of caveats regarding the role of CBC in developing the EU-Russia cooperation. While relations between EU and Russian sub-national authorities seem to be strongly supported by past and present programmes, the same impact is not so evident in relations between Brussels and Moscow. There are many complex geopolitical factors that negatively affect EU-Russian relations in the CBC sphere. For this reason, CBC programmes probably have the greatest strategic value at the regional and local/municipal levels rather than at the top tier.

On a practical note, better coordination and synergies could be sought between various ENI CBC programmes and with other EU financial instruments and political initiatives in the north-eastern Europe. Currently, some duplication exists in terms of specific projects, participants and funding schemes.

To conclude, in spite of a number of negative factors, such as EU-Russian tensions, the lack of some stakeholders’ commitment to specific projects, some partners’ inexperience in managing international projects and numerous technical difficulties in project implementation, EU–Russia CBC appears to be a useful and effective instrument in transforming marginality from disadvantage to competitive advantage as well as in building practical cooperation and trust at the transnational, national, regional and local levels.