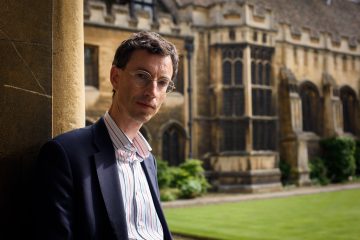 Ten years ago, the story of British-Russian relations seemed easy to relate. The old tension with the Russian ‘bear’, which had begun in the late eighteenth century, flared during the Crimean War, and endured through the change from Tsarism to communism in the twentieth, appeared a thing of the past. Its last gasp had been the standoff over Kosovo in 1999. Russia complained bitterly about the eastward enlargement of NATO, but seemed to have accepted it. In the early days after 9/11, Russian President Putin was seen as an ally in the war on Islamist extremism. The 2010 Strategi Defence and Security Review was entirely focussed on the new ‘complex emergencies’ generated by that contest. There was little consciousness that, as some critics pointed out, Britain’s front line was not just in the Hindukusch, but also in the Baltic along the eastern flank of NATO.

To be sure, there were already warning signs, but they were not taken seriously enough. When the Russian defector Alexander Litvinenko was poisoned in London in 2006 by an FSB assassination squad, British authorities were slow to react. Likewise, the cyber attack on Estonia in 2007, again obviously directed from Moscow failed to register much. A year later, the invasion of Georgia and the effective annexation of part of its northern territory did provoke a reaction but it was fleeting. Surprisingly, given the extensive signalling from the Kremlin, there was very little sense of the extent to which Vladimir Putin’s Russia had become a challenger on the international stage.

This is why the events of 2014-2016 came as such a shock to the Britain. First, Russia annexed Ukraine – the first major breach in the European order established in 1945. This was an embarrassment on London, because it was one of the guarantors of the 1994 Budapest Memorandum which promised the Ukrainians that their borders would be sacrosanct if they gave up their nuclear weapons. Putin also provoked a war in Eastern Ukraine which endures to this day. ‘Hybrid’ attacks on the Baltic states escalated. Then in late 2015, he intervened in Syria. A year later, he intervened politically in the Brexit referendum and the US presidential election, though there is no evidence that he changed either outcome. No wonder that 2021 strategic Review listed him as a threat. The ‘bear’ was back.

But all this also represents an opportunity for Britain. Despite her departure from the European Union, she remains the most significant democratic power on the continent this side of the Atlantic. Britain could fill much of the gap left by the weakness of the EU, especially that of Germany, and some of that left by the United States as it ‘pivots’ to face the threat from the PRC in East Asia. It has already showed its commitment by taking on the important task of ‘framework nation’ for Estonia (a role for which the UK lobbied intensely behind the scenes).

That said, the UK could and should do more. Keeping Mr Putin bottled up in the Baltic is, next to keeping him out of the North Sea, a vital national interest, because of the critical communications and energy infrastructure located there. It is a matter of holding the threat as far away as possible. In military terms, the key thing is to prevent the Russians from deploying their long-range missile systems now in Kaliningrad further west, thus closing down the Baltic Sea Region even more than is the case already, or worse still extending their reach into the North Sea.

Now that the long deployment in Germany – the British Army of the Rhine (BAOR) -has been wound down, London should investigate the possibility of establishing a British Army of the Baltic (BAOB). Its remit should be the defence not merely of Estonia but the entire Baltic Sea Region. Likewise, the primary area of operations for the Royal Navy should be home waters and Europe – the North Atlantic, North Sea and Baltic Sea (and perhaps the Mediterranean) – rather than the Indo-Pacific.

Despite the rhetoric of ‘Global Britain’, this should be a greater priority that the Freedom of Navigation Operations in the South China Sea, politically important though these are. It would also make sense in terms of alliance relations, because Washington has frequently indicated that it would appreciate greater burden-sharing in Europe more than symbolic support in East Asia. Besides, there is no need to head to East Asia to contain the PRC: it is already heavily present in Europe including the Baltic, where it held joint naval exercises with Russia a few years ago.

Before doing so, however, there needs to be an open debate about British interests and capabilities in the region. Historically speaking the British commitment is not unprecedented – the Royal Navy was midwife to the emergence of the inter-war Baltic States – but Britain has usually defended a line much further west, for example during the World Wars and the Cold War, at the Danish Sound, or the Kattegat/Skaggerak. If London is break with this tradition, it needs to be sure of two things. First, that these states are doing as much as possible for their own defence, which not all of them are, given that the total GDP of the Baltic Sea Region states comfortably outstrips that of Russia. The UK can support and coordinate their efforts, but it cannot replace them. Secondly, that the area to the west of the line being defended is made up of states friendly to the United Kingdom, not merely militarily but also politically and economically. his requires the states of the Baltic Sea Region not to choose between the UK and the EU, which should not be necessary, but to ensure that the EU – in which they have a significant voice – chooses wisely.

At the Unversity of Cambridge, Brendan Simms runs the ‘Baltic Geopolitics Programme’ together with the Rt Hon Charles Clarke, the former UK Home Secretary. https://www.cfg.polis.cam.ac.uk/programmes/baltic