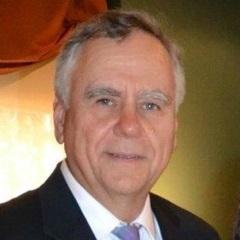 In 1721, Tsar Peter I visited France, and in the Cathedral of Reims was shown the Gospel written, strangely, in a Slavic language. His hosts explained.

Nothing subverts Western response to Russia’s invasion of Ukraine as the oldest of all reality reversals – a “1000 year history of Russia” beginning in Kyiv, and “Ukraine is a historic part of Russia.” Had Russia invaded Poland or the Baltic states, Western reaction would not have been as feckless–and not because of their NATO status. Ukraine is “different.” During the 2012 U.S. presidential campaign, although candidate Mitt Romney identified Russia as America’s greatest geopolitical foe, even he then wrote in the Wall Street Journal of the legitimacy of “Russia’s influence in Kyiv.” This breeds Western ambivalence that emboldens Putin’s war against the West.

Ukraine was never on Western radar for the same reason, despite being the fulcrum in the formation and fall of the USSR. The U.S. State Department in 1948: “Any long-term U.S. policy must be based on their [Russian] acceptance and their cooperation. The Ukrainian territory is as much a part of their national heritage as the Middle West is of ours.”

In 1935, English journalist Lancelot Lawton explained to the House of Commons:

“The deliberate policy of Russia was to avoid and discourage mention of Ukraine abroad. From the Middle Ages down to the eighteenth century Ukraine figured largely in European literature. But after the first half of the nineteenth century the West was made to forget that there was or had been such a nation…. That so little has been heard of it is not surprising, for suppression of the Ukrainian nationality has been persistently accompanied by obliteration of the very word Ukraine, and concealment of the very existence of Ukrainians.  It constitutes one of the major political deceptions of history.”

That there were descendants of Kyivan Rus’ rulers in the Moscovite state is scarcely determinative. They were also in Poland, Lithuania and elsewhere. For centuries, however, Russia’s precursors rejected any Kyivan legacy, in 1169 plundering and destroying Kyiv to an extent barely duplicated by the Golden Horde a hundred years later, with periodic devastations afterwards. For more than half a millennium Russia and Ukraine existed in separate political, social and cultural worlds. Pavel Sumarokov, a Russian traveler to Ukraine, wrote in 1803: “Here are different faces, different customs, different dress, and a different system; and I hear a different language. Is the frontier of the empire here? Are we entering another state?”

After Lenin’s 1917 coup d’état, émigré Russian academics transplanted the new imperial catechism to the West. Successive generations of Western savants absorbed to their innermost core the canonicity of Russia’s continuum from Kyivan Rus’. Harvard University’s Edward Keenan was a rare exception who dissected the “Kyiv heritage myth,” writing that in Moscovy“ in sacred and secular buildings, in the naming and dedication of the churches, in the inscriptions and the chronicle account of the construction—there [was] not so much as a hint or allusion to the Kievan legacy…an astonishing and total absence of any reference to Kievan symbolism or nomenclatures…the absence of reminiscences of Kiev. These people were not even thinking of Kiev. Another striking and unnoticed manifestation of this discontinuity or historical amnesia is to be found in the naming practices of Moscovite courtiers…what is astonishing against the background of received wisdom about this culture, is the absence of specifically Kievan names.”

Keenan was not enough. Former US national security advisor and Secretary of State, Condoleezza Rice, a lauded Russia expert, wrote that for Russia “losing” Ukraine was like the U.S. losing the original 13 colonies. And Henry Kissinger in 2014 waved off Russia’s invasion: “Ukraine is an integral part of Russia,” in lockstep with Russia trumpeting the existence of Ukraine as “a disorder of the mind.”

Applying Russia’s 180-degree somersault of historical sequencing to other contexts:

Romania was part of the Roman Empire (adopting its name as Russia appropriated “Rus’”), and can claim Italy as the beginning of Romanian history. Today’s Italians are simply “little Romanians.”

With a seat in Aachen (in today’s Germany), Charlemagne ruled much of today’s France and Germany. Germans are therefore “little Frenchmen.” Or the opposite, since the German term for France is “Frankreich.” realm of the Franks, a Germanic tribe.

American history begins in London, and Englishmen are “little Americans.”

William the Conqueror, a second-generation Viking from France, invaded England hence Englishmen are Frenchmen. . . or the opposite. Since Vikings hailed from Scandinavia, Englishmen are really Danes, Swedes, and Norwegians. Or the latter three are really English . . . or French. No. They are “little Russians,” since Vikings were instrumental in the expansion of Kyivan Rus’.

We dismiss such disorders of the mind yet unwittingly march in the phalanx of Russian dezinform. It’s at the highest levels. Thus, for newly-appointed U.S. CIA director and former ambassador to Russia, William Burns, NATO membership for Ukraine is a “serious mistake” due to Russia’s “deep historical attachment” to Ukraine; we must be “mindful of Russia’s interests and sensibilities.”

Reflexive control works. Ask Sergei Naryshkin: “The lessons of Russian history teach moral conduct in politics.” Naryshkin is head of the Russian Historical Society. . . and of the Foreign Intelligence Service.

Kyiv’s Princess Anna brought the Gospel to France for her marriage to Henry I in 1051, generations before the founding of Moscow.  She was a daughter of Yaroslav the Wise, one of most prominent rulers of Kyivan Rus’, himself married to the daughter of the Swedish King. The Tsar and entourage shrugged, and looked blankly at their hosts and at each other. They were clueless.