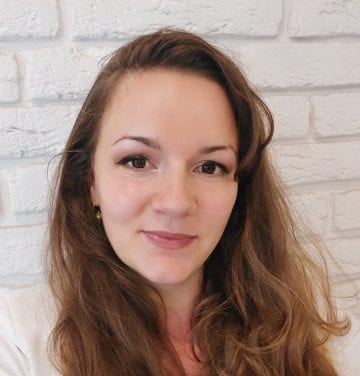 International tourist arrivals increase every year worldwide. The UNWTO (World Tourism Organization) informs that the total international tourist arrivals increased from 25.3 million in 1950 to 1,451 million in 2019. The Worldwide travel trends report published by ITB Berlin states that the share of tourism in the global economy was more than 10.3% of the global GDP, while 1 in every 10 jobs belonged to the tourism industry in 2019. The contribution of tourism to the Ukrainian GDP was less than 3 % in 2019. Despite such a low share, Ukraine is a popular destination among international tourists. The dynamics of Ukrainian tourism branch displayed a definitely optimistic trend: Ukraine was visited by 13.6 million people in 2016, 14.4 million in 2017 and 14.2 million in 2018 according to the State statistics service of Ukraine report. Traditionally Ukraine receives most visitors from neighboring countries (Moldova, Belarus, Russian Federation, Poland, Hungary, Romania).

According to ITB Berlin there was a 3.9% increase in outbound trips forecasted for 2020. According to the already mentioned Worldwide travel trends report all continents had forecasts with positive outlook for 2020 (except the South America with a 3% decline). Growth was expected to continue in Europe and particularly in Ukraine. The survey performed by UNWTO in 2019 has revealed that 47% of respondents believed that tourism would grow by the end of 2020 and 43% of respondents projected the same level as in 2019.

Unfortunately, the Covid-19 outbreak produced a tremendous negative influence on the global scale, driving the worldwide tourist arrivals down by more than 65 percent in the first half of 2020. Also, in the beginning of 2020, the European bank for reconstruction and development was forecasting the number of tourists to drop by 58% to 78%. It will take 3 years to recover up to the level of 2019. The pandemic influence on tourism in Ukraine was particularly devastating.

Despite the pandemic, Ukraine has always been a popular country for spending a vacation. According to the World Tourism Organization, Ukraine was holding the twelfth position in the countries’ popularity rating among tourists in 2012. One should take notice that Ukraine has always been a very tourist-friendly country. The experience of such great international events as Euro-2012 soccer cup, Eurovision Song Contests in 2005 and 2017, numerous sports events, musical concerts and art festivals demonstrates the country’s capacity to successfully host high-level and large-scale events.

Unfortunately, many foreign tourists have very bad expectations concerning the trip to Ukraine. The reason behind it is a military conflict in the eastern part of the country. Some scholars consider Ukraine as a highly risky choice of destination. Here one of the contributing factors is Ukraine’s low rank in the Tourism competitiveness index compiled by the consortium of the  following organizations: IATA, IUCN, UNWTO, WTCC. For example, in 2018 Ukraine was 88th among 136 countries. In 2019 the country climbed to 78th due to improvements in security and business standards. Meanwhile, the majority of researchers consider Ukraine as completely safe to travel, with the only exception constituted by certain territories within the Donetsk and Luhansk regions with ongoing hostilities and a volatile security situation. Tourists who do not travel to these territories have no chance to suffer from the military conflict. The latest studies indicate that risk perception plays a tremendous role in destination choice by tourists. It can be assumed that the estimation by an individual is often more subjective, while objectively, the risk can be very low in probability and rather small in the magnitude of consequences. It is important to note that tourists seek some new and unusual experiences, so that practiced forms of tourism are increasingly diversified and some tourists are not frightened by risks. Based on statistical data of arrivals to Ukraine in 2015-2019 and published research, one can arrive at conclusion on the growth of the number of tourists who want to visit Ukraine being mainly dependent on the political stability and safety and much less on the quality of service.

According to the latest research the hazards most probably faced by tourists in Ukraine in 2019 were of medical nature (infectious diseases, inadequate healthcare) as well as with a criminal background. For this reason, some scholars point out that a tourist-friendly destination is a concept according to which the public safety institutions should play a proactive role in reducing crime rates, thus enhancing the safety of tourists. Despite the fact that Ukraine’s economy nowadays faces various challenges, Ukraine takes all necessary steps to improve its safety strategy, being a part of the National tourism development strategy-2026.