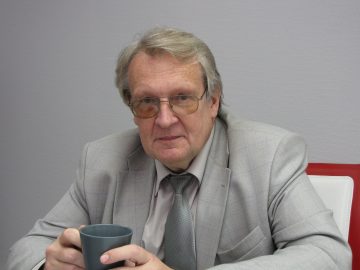 Since 1917, Russian society has gone through several political and social upheavals, each of which was accompanied by a kind of “revolution of values”. The last change in the value dominant occurred in Russia at the very beginning of the XXI century, when the pendulum of public sentiment swung from the fascination with the West and the Western way of life to “authentic” Russian traditions and social ideas. Nowadays more than 65% of Russians consider their country to be a special civilization that goes its own way and should not follow Western norms and rules (hereinafter, data from a survey conducted in March 2021 are provided).

Judging by the data of many years of research, the “value profile” of modern Russian society in its present form was formed around 2000. Since then, the distribution of opinions about the importance of certain values in Russian society has not changed significantly. Highlighting the most important values among a variety of values, most Russians put justice and freedom in the first place. But if in the interpretation of the first of these concepts they are close to the pan-European paradigm of justice (real equality of citizens before the law, equality of life chances regardless of origin, proportionality of remuneration to merit, etc.), then there are certain differences in the understanding of freedom that have distinguished the Russian cultural tradition from time immemorial. In Russia the point of view that freedom is realized primarily through political rights is shared by only 1/3 of citizens, while 2/3 believe that freedom is an opportunity to live of our own free will, regardless of anyone who stands above us, except God. In Russian, this understanding is conveyed by a special word “volya“, which literally means the absence of any external restrictions and is very difficult to translate into other languages (not Slavic). At the same time, Russians value freedom of expression very much. Answering the question about how they would like to see their country in the future, they most often name such characteristics of a “good society” as social justice (51% of respondents) and ensuring human rights, broad opportunities for self-expression (41%).

It’s hardly necessary to prove that such an arrangement of priorities brings us close to the concept of democracy. According to long-term surveys, democracy is a very significant value for Russians. But Russian society has developed its own ideas about it. Russians agree that all people have the right to freely express their point of view, as well as that democracy is impossible without political opposition. But they see the main function of the opposition not so much in the ability to displace the government, as in critically evaluating its activities and thereby… assisting in its work. This opinion, by the way, is held by up to 60% of the urban middle class. At the same time, some elements of the Western “democratic standard”, such as minority rights, gender equality, constant change of power, multiparty system, etc., do not matter much for Russians: in the course of sociological surveys these elements are usually mentioned by 5-7 to 15-17 percent of respondents. Democracy in its Russian understanding is not so much a political as a social concept, and its most important criteria are the real right to work, housing, affordable medical care and education. And in addition, there is a government that can effectively act in accordance with the principle of the “common good”, and the state, which is not so much an arbitrator reconciling various interests, as an institution of collective goal-setting. In the eyes of the Russians, such a state itself is a kind of value.

National traditions should also be named among the values which are significant for Russian society. The opinion polls show that this item is invariably noted as important by about a third of the respondents. Popular traditions partly date back to the times of the Russian Empire (for example, the celebration of Christmas and Easter), partly to the Soviet era (International Women’s Day or The  Day of Knowledge, celebrated on September 1, when classes begin in schools). On the contrary, revolutionary traditions, including the celebration of the anniversaries of the October Revolution, have completely lost their former popularity. As for post-Soviet Russia, it has not yet created its own values and stable traditions. Attempts to create new traditions by administrative means (for example: the “values of success” imposed by political class in the 1990s) did not meet support in society. Perhaps, the only example of quite a new tradition is the mass memorial procession on May 9 (“Immortal Regiment”). But it arose as an initiative from below, although then it received strong official support.