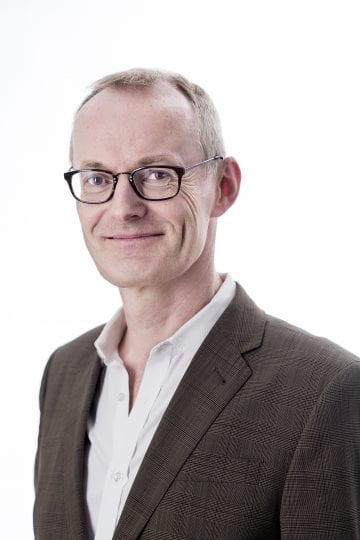 In the Western media, Vladimir Putin is often depicted as a “nationalist.” Everything from domestic power struggles to Russia’s posturing on the international scene is presented as the result of the Kremlin’s pursuit of a nationalist agenda. Putin has added fuel to fire: at the 2018 Valdai Conference, he declared himself Russia’s “most genuine and most effective nationalist.” But is Putin’s presidency really driven by a nationalist ideology?

The short answer is a definite “no.” Taking Putin’s Valdai “confession” as a starting point for analyzing his political ambitions is as misleading as relying on another oft-cited Putin quote: that the collapse of the Soviet Union was “the greatest geopolitical catastrophe of the century.” Such statements must be contextualized. As for the USSR, Putin has said “whoever does not miss the Soviet Union has no heart, whoever wants it back has no brain.” While he now claims to be a nationalist, this should not be taken literally.

For sure, official rhetoric has changed since Putin’s return to the presidency in 2012. Gone are many of the vestiges of Soviet political correctness, with the traditional “friendship of peoples” rhetoric replaced by a new emphasis on “Russianness” (russkost). The Russian language makes a crucial distinction between Russian as pertaining to the state (rossiiskii) and Russian in an ethnic sense (russkii). In recent years, Putin has shifted the emphasis from rossiiskii to russkii, that is, from the state to the nation. And in that sense, he may be said to have become more nationalist.

However, this “nationalism” is not a narrow appeal to ethnic Russians. That would be extremely dangerous, as it could easily spur countermobilization among the many ethnic minorities residing within the Russian Federation. Instead, the Kremlin appeals to the russkii cultural community. Ethnic Russians are accorded the role as “state-forming nation,” but the nation is defined in terms of cultural belonging, not shared blood and descent. Putin stresses the Russian language, Russian history and Russian culture as focal points for national identity. “Russianness” is not a question of being born into a community but about identification. One may learn to become Russian.

It is thus mistaken to see the russkii rhetoric as an expression of Russian ethno-nationalism. Quite the contrary: this shift can be said to be more about acknowledging the russkii core that has always been at the heart of the allegedly civic Soviet and rossiiskii identities: the double-headed eagle, bread-and-salt, the troika, Dostoevsky, Tolstoy… Instead of postulating a community based on state borders, the Kremlin has narrowed down the national identity to something immediately recognizable and meaningful for the majority population (over 80% of the population identify as ethnic Russian)—while at the same time keeping the borders of the in-group vague enough to make it possible for members of other ethnic groups to assimilate into an expanded “self.”

The redefinition of national identity is part of the broader values-based, conservative outlook that has permeated the Kremlin’s worldview in recent years. In Russia, this is manifested in an alliance with the Orthodox Church; abroad, in the Kremlin’s attempts to recast Russia as a beacon of “traditional values” and family virtues—a “true Europe” in contrast to the Western “Geiropa” (“Gay-Europe”) plagued by moral decay. This values-based rhetoric seeks to enlist the support of the “silent majority” at home, as well as national-conservative constituencies beyond Russia’s borders (such as Italy’s Lega Nord or Hungary’s Fidesz).

Rather than being guided by nationalism, the Kremlin uses nationalism instrumentally. By laying claim to a monopoly on nationalism, Putin has managed to outmaneuver other competing identity projects. First, many of the rivalling sub-state ethnic nation-building projects within the Federation are now fighting an uphill battle against cultural assimilation. Second, the new emphasis on the nation’s “Russianness” leaves scant room for traditional Russian ethno-nationalists to mobilize. Third, with the emphasis on the nation and not the state, the in-group extends beyond state borders, embracing those who culturally identify as Russian—the vaguely defined “Russian World” (Russkii mir)—and allowing the Kremlin to steal some of the imperialists’ and Soviet nostalgics’ thunder.

By being ambiguous about the boundaries of national identity, the Kremlin has provided itself with room to adopt flexible responses in line with its broader policy interests: national identity may be invoked emphatically in Crimea, but de-emphasized in Donbas. Putin is not a nationalist—except if there are political dividends to gain. To return to the opening quote: Putin is certainly not Russia’s most genuine nationalist—but he may well be the most effective one.