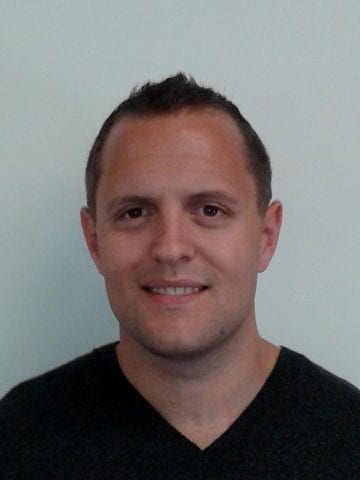 The long-term implications of the COVID-19 pandemic for Europe are hard to speculate about at this current juncture. But, at the very least, the pandemic will cause significant economic pain for all countries across the European continent. In the EU, the third and fourth largest economies, Italy and Spain, have been hit the hardest so far by the pandemic and Germany and France, the two largest economies, have been forced into employing measures which severely limit economic activity.

Russia, also, stands to suffer significantly from the COVID-19 pandemic. Although its official death rate has remained much lower relative to Italy or Spain, it has an economy that is heavily reliant on trade (52% of its GDP is derived from trade) with European countries overwhelmingly representing their most important trading partners (the EU-28 accounted for 42% of Russia’s total two-way trade flow in 2018). Add in that oil prices have again tumbled and the economic forecast for Russia, like most places, is less than rosy.

The COVID-19 pandemic likely represents an epochal moment for international relations. And out of this chaos, perhaps it also represents an opportune time to for the EU to seriously re-think its Russia strategy.

Since the onset of the Ukraine crisis in 2013, the EU-Russia relationship has been extremely fragile. The annexation of Crimea by Russia led to significant EU sanctions (which Russia responded to in a tit-for-tat fashion) that remain in place. Since then, Russia has been accused of stirring up anti-EU sentiment in Europe and undermining democracy where it can, even apparently helping Brexit succeed.

The breakdown of relations has been problematic for Europe in general and brought Cold War-style anxiety and paranoia back to the forefront. Eastern Europe, in particular, represents a region where no agreed security architecture exists. Given that two large powers – the EU and Russia – exude tremendous influence in this area, relations are destined to remain tense and fractured until any agreement can be found.

Essentially, as it stands, the EU and Russia have conflicting visions for Eastern Europe and while Russia has certainly been the most belligerent actor to date in embroiling the region in anxiety and paranoia, the EU’s increasing zero-sumness prior to the crisis should not be overlooked as well.

While the breakdown of EU-Russia relations is often presented as a fait accompli due to the emergence of an irredentist strongman leader in Russia in the shape of Vladimir Putin, such a view overlooks the significant positive-sum potential at the heart of the relationship. Prior to the onset of the Ukraine crisis in 2013, the EU and Russia had set a new high in trade in goods between the two, with 123 billion euros of goods going from the EU to Russia and 213 billion euros of goods going the other way. On top of this, in 2011 and 2012 NATO and Russia collaborated on joint exercises, most notably the “Vigilant Skies” exercises.

However, Ukraine, and especially the crisis that unfolded there, drove a wedge between the EU (and NATO) and Russia. But, like the broader EU-Russia relationship, massive positive-sum potential existed in Ukraine as well. The potential for a trilateral trade agreement between the EU, Russia, and Ukraine had long been touted, especially as Ukraine had roughly similar levels of trade with both sides.

But, conflicting visions for Eastern European security got in the way of the potential for cooperation. Russia, arguably feeling threatened by the EU’s advantages over it in engaging with Ukraine, took desperate and belligerent actions.

The EU was right to react to Russia’s unlawful annexation of Crimea and subsequent destabilisation of the Donbas region in east Ukraine. Sanctions were one of the few tools that the EU, as a civilian power, had in their arsenal that could hurt Russia. However, six years on from the employment of sanctions in 2014, it is time to admit that beyond asserting a kind of moral superiority, they have been quite useless.

The French president Emmanuel Macron made waves in late 2019 when, in a dialogue with The Economist, he observed a “brain death” in NATO while calling for a “rapprochement” with Russia. Macron’s stance caused significant consternation amongst Europeans and Americans – with many suggesting he was naively playing into the hands of Putin. However, at the same time, in the country the EU has putatively been standing up for, Ukraine, their new President, Volodymyr Zelensky has also sought to find ways to start healing the Ukraine-Russia relationship.

Finding a solution to the ongoing problem of Eastern European security will be difficult given that the power structure of the region remains as conducive to contestation as ever. But, the seemingly growing acceptance in Paris and Kiev – among other areas of Europe – that the previous six years has achieved very little, and that a new strategy is necessary, makes the time right for the EU to start rethinking its strategy towards Russia.

Despite the damage done to the EU-Russia relationship in the years since the onset of the Ukraine crisis, the positive-sum foundations of the relationship remain. Two-way trade between the two remains strong. After reaching a nadir of 191 billion euros in 2016, trade has recovered significantly since, reaching 253 billion euros in 2018. Of course, COVID-19 is going to hit these numbers hard, but the EU should still look to trade to rekindle their relationship with Russia.

The idea of an EU Neue Ostpolitik – German for “new eastern policy” – towards Russia will seem like a mixture of appeasement and cowardice to many. But this policy would not be tantamount to the EU cosying up to Russia. Rather, it would be using trade as a carrot, not as a stick. The use of sticks has seen very little positive change in Russia, and while carrots might also have little effect, at least there is the potential for producing some win-win economic outcomes. This alone would play a positive role in pacifying the underlying security concerns in the relationship and, maybe, could be a blueprint to finding a compromise to the question of Eastern European security.