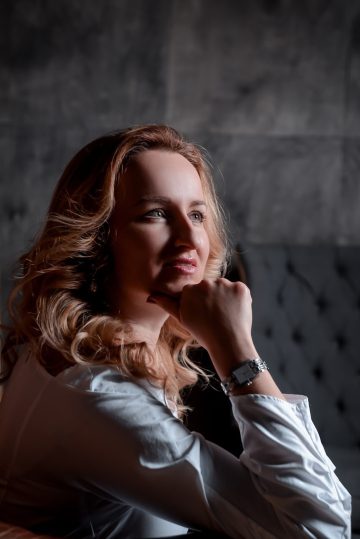 The new gender order reconsiders a number of past norms related to the socio-legal regulators of gender interaction in society and in the world system as a whole.  Therefore, the change in the traditional social status of women has entailed a chain of social and political adjustments and put the ideology of equality and equity in the focus.

Women’s struggle for their rights has been ongoing for centuries. At the international level, the document regulating women’s free access to participating in elections and to hold any public office was adopted by the UN in 1952 and is called the “Convention on the Political Rights of Women”. In the Russian Federation, the first legal act regulating women’s rights and freedoms, the “Concept for Improving the Status of Women in the Russian Federation,” was adopted in 1996. The newest document in the Russian Federation regulating the rights and place of women in politics is the National Strategy for Women 2017-2022 approved by the Government Order dated 8 March 2017 No.410-r which emphasizes how big the gap between men and women working in government is in Russia.

Currently, no country legally restricts the right of women to work in parliament, although even in contemporary society there are still social and economic barriers that prevent them from reaching a level playing field.  According to the Inter-Parliamentary Union, women account for only 20.5 percent of the 278 parliamentary presidencies or one of its chambers. In 2020, the Pacific was the only territory with no women working as MP.

Overall, over the past 25 years, the proportion of women in parliaments has increased by 13.6 percent worldwide. While in 1995 only 11.3 percent of seats were held by women, in 2020 the percentage of women in national parliaments is close to 25 percent.

Beyond the global figures, European Union countries as a whole have also made progress in increasing the number of women in national parliaments to an average of 29.9 percent in 2020. It is worth noting that this progress in Europe is mostly driven by the Nordic countries: the share of women who work in parliament makes up 43.9 percent as of 2020.

The role of women in the European Parliamentary System is also quite high, especially in Spain and Finland, where on the 1st of January 2020 the proportion of women occupying the highest ministerial level positions was 60-69.9 percent.

When it comes to the role of women in parliamentary committees, they currently chair 26 percent of the committees on foreign affairs, defense, finance, human rights and gender equality.

Regarding gender quotas, we should also note that until 1995, only two countries, Argentina and Nepal, applied statutory gender quotas.  But over the past 25 years, quotas have spread to all regions of the world, leading to an increase in women’s representation in parliaments around the globe. Currently, there are no gender quotas in such vast territories as Russia, the USA, Greenland, and in many countries with Islamic form of government, e.g., Iran, Syria, India, etc.

The analysis of the representation of Russian women in the Parliament in 2020 showed a rather low result, compared with the countries of the European Union. Thus, there are only 12.9 percent of female ministers in the Russian Federation, unlike in Europe, where the number of women in this position accounts for more than 35 percent. Besides, compared with Europe, the representation of Russian women in the State Duma is very low – 15.6 percent (as of 2017), while in Europe women working as MPs account for 29.9 percent.

It should also be noted that in 2020 the proportion of women speakers in Russia was 16 percent, while in Europe it was 20.5 percent.

Therefore, a comparative analysis of women’s representation in politics in the EU and Russia has shown that although Russian society provides women with wide access to education and certain segments of the labor market, the high gender gap and stereotypes about women prevent most of them from getting access to positions in the political sphere. The difference between Europe and Russia may be explained by the following: Western society is much more tolerant and liberal; EU countries have a broader legal framework regulating women’s rights; and, at last, women in the EU have a large number of different quotas which give them the opportunity to participate in political activities.