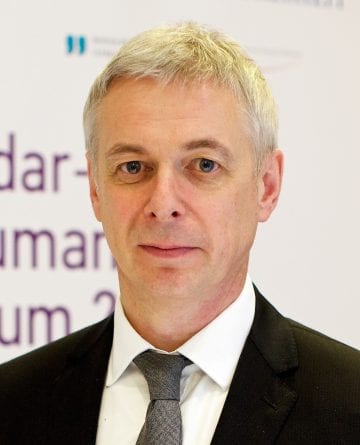 Only a decade ago independent actors such as NGOs, universities and civic initiatives in their international activities were heavily dependent on the political, communicative and often financial support of quasi-independent state agencies. Nowadays, these agencies cannot efficiently target their audiences and moreover be successful in their efforts without extensive support of the mentioned actors.

Yegor Gaidar Foundation launched its international program in the beginning of 2010s seeing the need to present to the foreign audiences a new modern Russia, to provide a fair and balanced overview of its recent history, economy, social life and civil society.

While developing its international strategy Yegor Gaidar Foundation in accordance with that new paradigm was not reliant on the support of state institutions. On the contrary, it focused on a self-managed initiatives evolving from the small bilateral local projects to partnership network programmes covering the whole countries, expanding both the scope and geographical coverage of the foundation’s projects. The partnership was based on contacts with the leading foreign universities, independent research institutes and think-tanks, foundations and NGOs.

The countries of the Baltic Sea region were among the pioneers where the Foundation tested these approaches to developing successful international cooperation.

Finland was one of the first countries where Yegor Gaidar Foundation had implemented a number of initiatives that, due to their high level, would previously had been possible exclusively within the framework of state international institutions.

Publication of a book by Yegor Gaidar ‘Collapse of an Empire. Lessons for Modern Russia’ in Finnish become the main driver for the programme, which included:

In Germany Yegor Gaidar Foundation has built its program on engaging as a partner a foreign foundation with similar agenda – The Friedrich Naumann Foundation for Freedom, which is a German foundation for liberal politics, related to the Free Democratic Party.

A number of events organized by Yegor Gaidar Foundation in partnership with German institutions are held annually across Germany in Munich, Hamburg, Cologne and other regional centers.

The Gaidar Naumann Forum, which takes place annually in November in Berlin, is the highlight of the programme, traditionally attended by the speakers from the Bundestag and government bodies as well as large German businesses.

An interesting example provides Poland, where the Foundation’s projects have been approved and supported both by the Russian Embassy in Warsaw and the Embassy of Poland in Moscow.

The cooperation started with a large publishing project – an issue of the oldest Russian magazine “Herald of Europe”, devoted to modern Poland, which is still so little known to the wide Russian audience. Numerous meetings and interviews with leading Polish reformers, journalists, cultural and film personalities, as well as articles by Russian expert polonists allowed for a whole program of activities related to the presentation of the magazine issue in Warsaw, Krakow and Moscow. Relations formed with affiliated Polish institutions, despite the negative general political background, continue to develop in the format of annual conferences and round tables, which are held both in Warsaw and Moscow.

Yegor Gaidar Foundation is constantly adjusting its projects to the rapidly changing realities of international humanitarian interactions providing government agencies with an opportunity to get from cooperation the maximum outreach and impact on target audiences with a minimum of resource costs, while not focusing on possible inconsistencies in certain areas with a given country, which may exist.

It is worth mentioning the attractiveness of the Baltic region for projects of Russian NGOs in the area of civil society, education and academic communications. Geographical closeness and the fact that Russia is a part of and economically active player in the Baltic region allows building partnerships based on the practical interests of the institutions involved. The task of such an approach is, first of all, to preserve the dialogue in order not to lose the real understanding of the actual situation in the neighboring countries, to maintain openness and to foster mutually beneficial exchange of ideas.