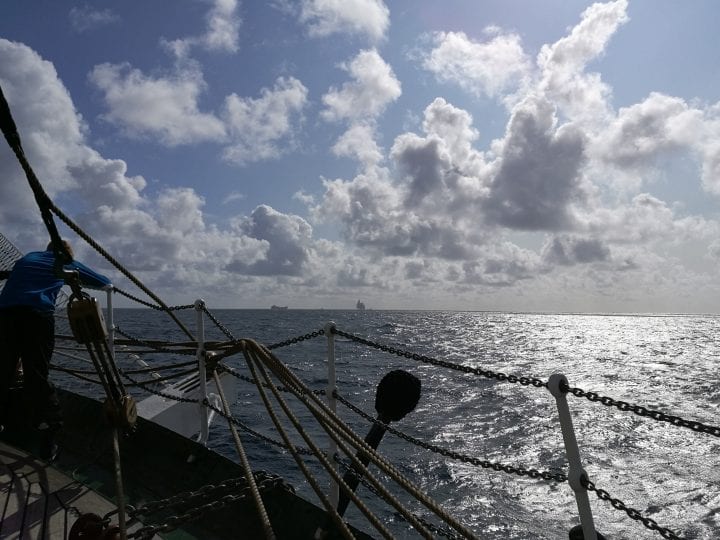 The Baltic Sea and the adjacent North Sea silicate concentrations

From 1970 to 2000, the yearly Baltic Sea River Runoff (BSRR) together with the silicate concentrations in the Baltic (BS) and North Sea (NS) were observed. We found that the concentrations of silicates were consistently higher in the BS. Furthermore, long-term changes in both ecosystems indicated an overall decrease of Si with increased BSRR. Silicate concentrations were also modelled in two setups of Generalised Linear Mixed Models. Selected exceptional (high and low) BSRR events were used as a predictor in the models. The results suggest that the whole BS acts as a silicate source for the studied, adjacent NS areas. Modelling indicated that the periods with low BSRR show generally higher silicate levels in BS water. In the NS, however, the silicate concentrations decrease with low BSRR periods and increase at high. We point out that the increase of rainfall, and consequently the BSRR, has predominantly taken place in the northern parts of the BS basin, where the ground silicate concentrations are lower than in the southern BS. Therefore, we present, as a conceptual model and a subject for further research, that the BS potentially has acted as a concentrating basin for silicates during periods of normal and low rainfall, while episodic high runoff periods flush the BS surface water including the silicates through the Danish Sounds and into the adjacent parts of the NS. In a post hoc test, we found that also the reproductive success of the NS herring showed a correlation to silicate concentrations thus partially demonstrating the existence of a Si-related, bottom-up regulation.