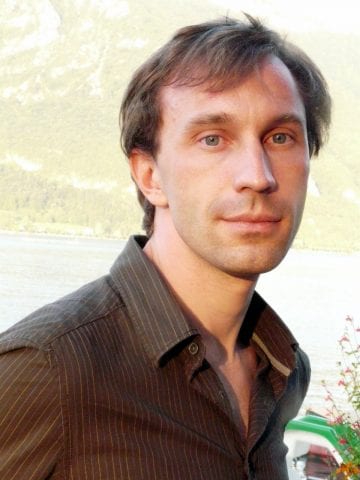 A ‘deep’ and ‘comprehensive’ free trade agreement between Russia and the EU, involving investment integration, would represent a ‘win-win’ outcome from the economic point of view.

Various proposals for greater trade integration between Russia and the EU have been put forward since the break-up of the Soviet Union. For instance, the Russia-EU Partnership and Cooperation Agreement signed in 1994 envisaged mutual free trade regime in the long run. Free trade was also supposed to become a key element of the Russia-EU Four Common Spaces, proposed in the early 2000s. In subsequent years, Russia on several occasions initiated various forms of economic integration with the EU, including a ‘Common Economic Space from Lisbon to Vladivostok’, a ‘Strategic Partnership’, and a mutual visa-free regime.

However, these Russian advances have not been reciprocated by the EU, primarily reflecting deep mistrust of European political élites towards the Russian leadership. Apart from Belarus, Russia is now the only country on the European continent which does not have a free trade agreement with the EU in one way or another. With the outbreak of the Ukraine crisis in 2014 and the subsequent imposition of mutual economic sanctions, Russia-EU relations have soured further, and integration efforts have stalled altogether.

In the current geopolitical context, it may seem entirely out-of-place to discuss the potential effects – and indeed the very possibility – of economic integration between Russia and the EU. And yet, there are strong economic arguments in favour of such integration. Besides, if history is any guide, the geopolitical situation may change rather fast. On the EU side, rifts with the US are growing, which may ultimately push it to seek new alliances. On the Russian side, the limitations of its current economic model heavily relying on oil and gas are becoming increasingly apparent. In the longer run, the Russian political regime may not be able to continue securing popular support without marked improvements in the living standards. Attracting new investment and technologies from the EU would be one way to deliver such improvements. Therefore, it is not unthinkable that economic integration may return to the political agenda of both players. To be sure, this will require trade negotiations not with Russia, but with Russia-led Eurasian Economic Union, which is yet to be recognized by the EU as a negotiating partner.

What could be the economic effects of such integration? Since 1999 Russia has been recording a persistent surplus in trade with the EU. Partly, this has been due to its rather high import tariffs as well as the Russian food embargo imposed in 2014. Dismantling these trade barriers would markedly boost EU exports to Russia. On the other hand, the increase in Russian exports to the EU should be much more modest. This is not only because the EU’s import tariffs are generally lower than Russia’s, so that their abolition would not change very much, but also because the bulk of current Russian exports to the EU – oil and gas – are already facing no import tariffs at all. Therefore, the gains for Russian exporters will be smaller than for EU exporters, resulting in a reduction – or possibly even reversal – of Russia’s surplus in trade with the EU. At the same time, Russian producers orientated towards the domestic market would have a hard time competing with European products, leading to negative income effects in Russia. For the EU, the effect would be positive, though moderate because of the large size of the EU economy and the fact that Russia is not a very important trading partner for the EU to begin with.

Potentially more promising for Russia could be a harmonisation of non-tariff barriers, which include measures like technical, sanitary and phytosanitary standards, customs procedures, competition policies, regulations on public procurement, intellectual property rights etc. The large number of WTO trade disputes between Russia and the EU pertaining to non-tariff barriers suggests that they still remain an important obstacle to bilateral trade. Empirical studies suggest that the effects of a ‘deep’ free trade area with the EU, which would include harmonisation of non-tariff barriers, would be more symmetrical than those of a ‘simple’ one and thus relatively more favourable to Russia.

Such effects could be further magnified in the case of parallel investment integration. The experience of Central European countries such as Poland, Hungary, Czech Republic etc., which adopted a wide range of EU regulatory norms (acquis communautaire) well before EU accession and attracted substantial FDI inflows from Western Europe, demonstrates the benefits of such integration. Apart from new capital, these FDI inflows have brought new technologies and know-how and, via including the recipient economies into global value chains, have opened up new markets for their products. But such a scenario would also require Russia to effectively cede control over large parts of its economy to Europeans – something which runs against the very idea of ‘equal partnership’ with the EU which has been promoted by the Russian political élite.

Thus, from a purely economic point of view, a ‘deep’ and ‘comprehensive’ integration scenario between Russia and the EU, going beyond a mere trade liberalisation and including policy harmonisation in a number of areas, would represent a ‘win-win’ outcome. However, it would also require political concessions on both sides and, above all, a restoration of badly needed mutual trust.