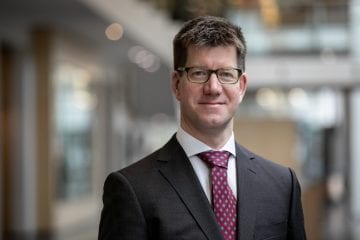 In October, as debate heated up in Germany about the European Union ‘Green Deal’, the Nobel Prize in Economics was awarded to auction theorists Paul Milgrom and Robert Wilson. Though not related, the timing of the two news items was quite coincidental.

At first glance, the viability of the European Union’s ‘Green Deal’ doesn’t seem dependent upon a robust auction infrastructure. In reality, a successful Green Deal will require the use of artificial-intelligence-supported auctions to coordinate large-scale EU and German energy policy with the billions of daily energy transactions in an increasingly supply-driven energy market.

During the recent annual conference of the Institute of Energy Economics at the University of Cologne, the Energietagung, one of the hot topics was whether industry can possibly reach the Green Deal targets of 50-55% carbon reduction by 2030 compared to 1990 levels. Another was the ambitious North Rhine Westphalia state government’s new hydrogen strategy. Herculean efforts like these will be necessary if the planet is to come close to the 1.5 degree IPCC ‘best-case’ scenario. But they threaten energy reliability.

Replacing fossil fuels with wind and solar means cleaner energy and also an increase in electricity-based energy use. In many cases, even without climate-saving motivation, wind and solar are already economically competitive and outpacing development of fossil-fuel-based generation capacity. But solar and wind are weather-dependent. Their generation varies from moment to moment, day to day, and month to month. Since solar and wind capacity is distributed through the grid differently than centralized power plants, renewables also cause more variation in electricity distribution throughout the grid. All that variation means volatility and unpredictability of supply.

Supply volatility constitutes a threat to energy security. Electricity grids aren’t like water pipes – the electricity doesn’t just sit there in the wires waiting for you to use it. Grid infrastructure needs to have the same amount of electricity going into the grid as coming out of it at any given moment, otherwise it can falter or even collapse. Until now, grid operators have balanced supply and demand by adjusting the supply. They ramp central power plants up or down – but slowly. A faster response has traditionally required quick-ramping gas turbines when demand increases faster than larger central plants can address. This fast balancing mechanism is effective but problematic. Quick-ramping gas turbines are expensive and polluting. Increasing variability and unpredictability of demand and supply – due in part to increasing renewable energy capacity – means more expense and pollution if gas turbines are used to close the gap.

Germany – and the whole EU – needs to stimulate and coordinate clean and cost efficient balancing mechanisms now in order to ensure energy security in the future. Curtailing wind farm production isn’t easy. Ramping up renewables isn’t possible – you can’t change the availability of wind or sun. As we add them to the grid, we need to prepare for a switch from a demand- to supply-driven energy landscape. We need to invest in both short term and seasonal storage capacity. Plans are well underway to develop hydrogen as seasonal storage. ‘Virtual Power Plants’ (VPPs) such as electric vehicle fleets can be used for short term storage, but they need automated support to address imbalance in real time. Balancing mechanisms like VPPs can encourage ‘demand responsiveness’ to variations in supply.

A market for demand-balancing mechanisms like storage and demand responsiveness, so  that their value can be traded, would encourage a faster and smoother transition to sustainable energy. That’s where auctions come in – lightning-fast, retail ‘balancing market’ auctions held across multiple distribution networks all tied together to one big transmission network.  When there’s too much electricity in the grid, perhaps on a surprisingly sunny day, we need price signals that encourage businesses and consumers to use electricity. Conversely, when there isn’t enough electricity in the grid, say, when half the electric vehicle owners in a neighbourhood all plug-in at the same time, we need price signals that encourage people to use less.

Demand response in consumer and business electricity use will require AI-assisted decision-making and large-scale automation of retail markets. This is where artificial intelligence comes in. Humans have better things to do than to constantly monitor electricity prices. Think of Herbert Simon’s ‘bounded rationality’. ‘Intelligent agents’ – artificial intelligence learning agents – can learn our goals and preferences, monitor the market, and either support our decision-making (for more important decisions) or simply act on our behalf. For example, if your ‘agent’ knows your schedule and usual practices, it can charge your electric vehicle for you at the time when electricity is least expensive (usually late at night) while planning the charging timing to ensure enough range in the morning to satisfy your needs for the day.

The complexities inherent in the transition to renewable energy will only grow as the share of renewables grows, so we need to start the hard work of coordinating macro-policy with low-level automation of decision making now. It won’t be long before hydrogen becomes a viable storage option for overproduction. Batteries (already a viable short term option), pumped hydro, and compressed air are existing storage options that arbitrage energy prices. With an endless supply of storage, we wouldn’t need AI to automate decision making in a demand-responsive market. But storage comes with a cost. Batteries also come with environmental consequences. We can either build enormous storage capacity to create energy reliability, or we can build a reasonable amount of storage capacity and have that capacity compete in a market for balancing resources alongside demand response options. The management of highly distributed generation and storage capacity with markets that are nimble enough to meet the peculiarities of an increasingly energy-diverse German landscape will require levels of sophistication and automation that only AI can create.