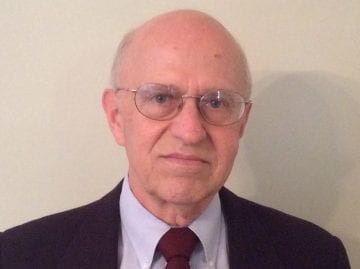 Declining population is a persistent problem in the Baltic countries, and their governments have been warned of its seriousness by the IMF, the OECD, and others. Total fertility rates below the replacement rate are part of the problem, but similarly low fertility rates are common in the rest of Europe, the United States, and in most high-income countries of the world. In 2018, total fertility rates were 1.7 in Estonia, 1.6 in Lithuania, 1.6 in Latvia, 1.5 in the European Union as a whole, and 1.7 in the United States.

In the EU, there appears to be a kind of border between countries that are net receivers of immigrants and net senders. It occurs at 2019 incomes per capita (World Bank Purchasing Power Parity), around those of the Czech Republic, ($40,660) Slovenia ($40,070), and the Tatra Tiger, Slovakia ($33,680). Countries with higher incomes were net recipients of immigrants, and those with lower incomes were net senders of migrants. In 2019, incomes of Estonia ($38,010) and Lithuania ($37,010) were above Slovakian income, and Latvia ($31,770) was only slightly below Slovakia. Estonia has recently become a net receiver of immigrants, and Lithuania and Latvia have incomes that puts them within striking distance of becoming net receivers of immigrants. In 2019, comparable incomes per capita were $35,250 for the Euro area as a whole and $65,880 for the United States. Of course, incomes all over the world will be distorted by the COVID-19 pandemic.

The Asian Tigers today rely heavily on immigrant labor. Like the Baltic countries, South Korea and Taiwan were once exporters of labor, but rapid growth in GDP and labor demand have transformed them into net importers of workers. On the islands of Singapore and Hong Kong more than one-third of the population is foreign-born. Three of the Tigers have surpassed the income per capita of Japan ($44,780), and South Korea ($43,430) is likely to soon overtake Japan, its former Imperial ruler.

The Asian Tigers have relied heavily on access to the large Chinese market. The Baltics have the advantage of ready access to the large, high income, European market. As members of the European Union, they face no tariffs in member states. As part of the Euro area, they are free of exchange rate problems that the Tigers face in Asia. Their border with Russia, and the existence of a group of Russian speakers within their populations, contributes to the potential to connect with a large Eastern market. Global abundance of natural gas and increased trade in liquefied natural gas has given the Baltics improved access to energy at competitive prices. The gas terminal at Klaipeda has imported LNG from as far away as the United States.

Raising incomes per capita to attract skilled immigrants requires pro-growth policies that raise productivity to justify higher pay. Simply imposing higher legal minimum wages will not be sufficient. Open policies toward trade, international investment, and Immigration, such as those implemented by the Asian Tigers, will be important. Innovation has been important for the Asians, but it was not the result of top-down planning. It must be driven by competition and world demand. Nationalism will not suffice, and immigration rules will   have to appeal to a broader set of workers than merely members of the Baltic diaspora. Foreign investment could contribute to faster economic growth, but it is also important to mobilize domestic savings and productive domestic investment.

For example, skilled migrants are now leaving Hong Kong and looking for a place to live. Some are ethnic Chinese, but many are Canadians, Americans, and English-speaking Europeans who might consider relocating in the Baltics, if they pursued the pro-growth policies of the Asian Tigers. A high Human Development Index and a favorable proficiency in foreign languages should be attractive to potential foreign immigrants. Participation by skilled immigrants in the Baltic economies might even contribute to transforming the Baltics into the “Amber Tigers”. Prudent growth policies by Baltic leaders could contribute to a higher standard of living for their people, while simultaneously mitigating their persistent population problem.