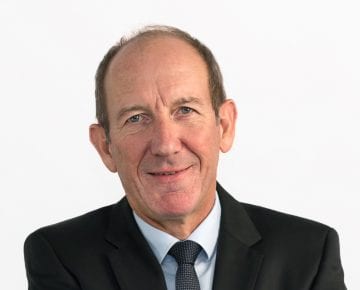 Germany, like many other European countries, has a rapidly ageing society.

As the working age population tends to decline, the number of people of retirement age will steadily grow over the next two decades. Recent projections of the Federal Statistical Office, estimate that the population aged from 15 to 64 years will decline from 54 million people in 2020 to 50 million in 2035. This is a conservative estimate. The underlying scenario assumes a net immigration of more than 4 million people over the projected period. This roughly corresponds to the range of annual net immigration figures during the last decade. Hence, in order to keep the working age population at the current level, net immigration would have to increase by nearly 100 percent. At the moment, however, there is little indication of a substantial shift in that direction.

Labour shortages are already a problem, but will become more acute in the near future. This is not only driven by demographic change, but also by the steady growth in the number of jobs over the last 15 years, despite the financial crisis of 2008/2009. Between 2005 and 2020, employment rose by almost 15 per cent and has now reached a level of nearly 45 mio. workers. So far, the ongoing Covid-19 crisis has only slightly interrupted this trend. In fact, increasing labour demand meets decreasing labour supply.

The increasing number of people of retirement age is likely to result in a growing burden for the pay-as-you-go pension system in Germany. Pension claims are financed by wage contributions of the workers. On average, in the year 2000, four workers had to provide funding for one retiree. By 2025, this ratio is expected to reduce to three to one and by 2050, it is expected to reach two to one.

The picture sketched so far is based on pure headcounts. What matters even more is the skill dimension of human capital. In fact, a large part of immigration over the last decade was driven by refugees, who are typically low-skilled. Another important driver has been immigration from within the EU, predominantly by migrants from the new member states, who typically also are low- and medium-skilled. In contrast, immigration from non-EU and non-crisis countries has been steadily declining, despite the fact that most immigrants from these countries hold an academic degree. This is all the more surprising, since Germany has increasingly relaxed immigration regulations especially for high-skilled workers from outside the EU. It seems like language barriers play an even bigger role for immigrants than legal obstacles. For high-skilled migrants from India, for example, Germany doesn’t seem as attractive as English-speaking countries like Australia, New Zealand, the U.K or the U.S.

The big question is whether and how Germany will be able to cope with a declining workforce accompanied by a deterioration of the skill composition. Interestingly, the country was facing a comparable threat already in the past. Back in 2005, demographic projections were indicating a decline of the working age population until 2020 in a similar range as the current projections do for 2035. Notably, however, up to now the working age population remained as high as it was in 2005, mostly due to net immigration that was not anticipated to the extent it actually happened. But even that would not have been sufficient to serve the constantly increasing labour demand over the last 15 years.

Another important measure consists of a rapid expansion of child care facilities after 2010, which substantially contributed to an increase of female labour force participation.

However, the challenges that lie ahead are much bigger than the ones from the past. Keeping the workforce stable will not be enough to cope with an increasing number of people in retirement age. Behavioural adjustments like increasing retirement age may reach their limits. But immigration especially of high-skilled workers is still an option. Unfortunately, Germany has a comparative disadvantage in terms of language barriers. Therefore, extra efforts will be necessary, for example by massively extending the accessibility to German language courses abroad or by attracting talented foreign students to German universities.