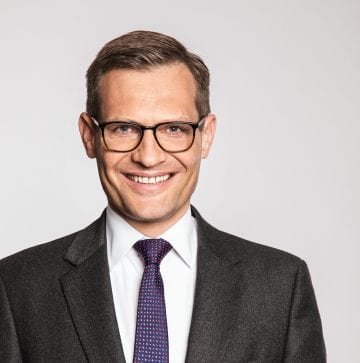 The Corona crisis hit the economies of the industrialized countries just after an approximately one-year phase of declining economic activity and at a time when the first shimmers of economic recovery had become visible again at the start of 2020. The measures taken to stem the spread of infection, which culminated in a lockdown in Germany between the end of March and the beginning of May, not only led to a 9.8% quarter-on-quarter slump in economic output in the second quarter of 2020, but also led to a correspondingly strong positive rebound during the third quarter (+8.2%). Yet for the year as a whole, Germany’s GDP is expected to decline by around 5.5%.

The lockdown affected the various economic sectors to varying degrees, however. According to a study by Germany’s ifo Institute, during the lockdown the vehicle manufacturing sector suffered by far the biggest drop in economic output of all industrial sectors compared with the pre-crisis level. In April, automobile production in Germany almost came to a halt. We recorded a year-on-year decline of 97% in car production nationwide. The German automotive industry has been working its way up from this low point ever since. In October, the deficit compared with the previous year was “only” 3%, but cumulatively for the first 10 months of the year, it was still 30%. We currently expect passenger car production in 2020 as a whole to fall by 25% year-on-year, to a level of 3.5 million cars. According to current estimates, we will not return to pre-crisis levels until early 2022 at best.

The German government reacted quickly to the crisis and initiated crucial measures to stabilize the economy by using the two economic stimulus packages of March and June. In particular, more flexible and expanded reduced work time allowances, liquidity assistance for companies, and the reduction in value-added tax by 2 and 3 percentage points respectively up to the end of the year were important in cushioning the economic impact to some extent.

In the run-up to the decisions on the economic stimulus packages, the VDA proposed a purchase premium for new cars as an instrument for stimulating demand. This instrument had already provided a strong boost to demand for passenger cars during the 2009 economic crisis. Such an instrument serves well beyond the automotive industry. Because this industry has a very complex network of intermediate inputs, demand for passenger cars also triggers noticeable demand signals to all its upstream sectors, and in turn their suppliers. Such a premium could also have been graded according to CO2 emissions. However, politicians decided to limit the purchasing incentives to pure e-cars and plug-in hybrids only. This provided this car segment a noticeable market boost. However, since these vehicles account for only 11% (July) and 16% (September) of new registrations in Germany, the economic impact of the purchase premium remains limited.

Overcoming the corona crisis is not the only challenge the automotive industry faces at present. The digital transformation and, above all, compliance with CO2 regulations are also important. As in the case of the corona crisis, the automotive industry is more severely impacted by this than other industrial sector because it not only has to reduce the CO2 emissions of its production, but also those of its products. Policymakers have set extremely ambitious targets for this. The automotive industry is committed to the goal of climate-neutral transport in 2050, but it has always warned that the interim target for 2030 (-37.5% for cars and light commercial vehicles) which the EU adopted in April 2019 can only be achieved if policymakers also accept their responsibility and make their contribution in return. This applies even more so now that the EU tightened its targets again in October.

What we need now

This is a joint effort because nobody can have an interest in seeing the country’s most important industry, which currently employs over 800,000 people, suffer damage.