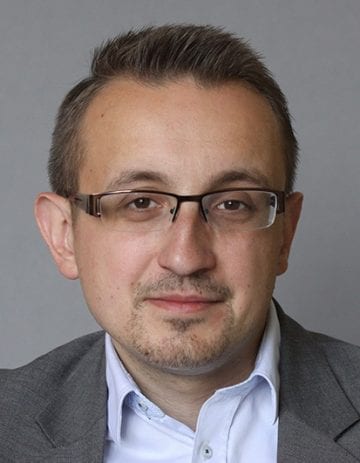 When the presidential electoral campaign in Belarus started in May, nobody was aware of great importance of this event for the future of the country. More capable experts announced forecast about “some disturbances” due to a high risk of growing social discontent (this was mentioned only as a risk not real growth because of the lack of independent sociological surveys on political issues), caused by the government ignoring the threat of the COVID-19 epidemic, which has led to a huge number of infections, as well as the ineffective measures it took to protect people harmed by the deepening recession in the Belarusian economy. This means that the anti-government sentiments among the public are also driven by the feelings that neither their health nor their social security is secure.

Meanwhile this “disturbances” can be viewed as a trigger of the beginning of the process of the political emancipation of much of the Belarusian society, which was a big surprise for citizens as well as for authorities, deeply concerned about changes in social moods. So far the Belarusian regime holds all elections as a ritual, which should be only a confirmation of the strength of the political system in the context of a permanently weak opposition. To achieve this aim, the regime needs only passive “subjects”, voting in favor or against Lukashenko, but without any hope for the possibility of real change. In this regard, the authorities weren’t interested in an active society, involved in political issues, which ask difficult questions or makes demands.  At the same time, by providing another “elegant victory” of Lukashenko, the Central Electoral Committee exaggerated voter turnout, putting pressure on workers of the public sector or just adding signatures at the end of voting “on behalf of” the citizens who didn’t vote. Of course the results of all elections in this way can only be seen as pure manipulation and certainly do not reflect the true political views of Belarusians.

However this year, even the conduct at the preliminary stage of the presidential campaign, focused on collecting signatures of support for potential candidates (necessary to register formally) clearly showed, that this elections would be completely different from the previous ones. From the very beginning, the activities of alternative candidates attracted large groups of citizens who expressed their true feelings of President Alyaksandr Lukashenko, who has been in office for 26 years. People, asked by journalists, explained that they are fed up with the arrogance of authorities and their clear  inability to meet basic needs of society. Growing social discontent was visible throughout the whole campaign, when thousands of citizens took to the streets to protest against repressions imposed by the regime towards the main opponents. Much bigger crowds (even over 60.000 protesters) gathered during campaign rallies of  Sviatlana Tsikhanouskaya – the most popular counter-candidate of Lukashenko.

In this context of growing tension, the 9th of August, the final day of the presidential election, turned out to be a turning point in the process of the eruption of Belarusians frustration at the regime. Electoral fraud on massive scale, pressure on disloyal members of electoral commissions and finally the announcement of another great victory by Alyaksandr Lukashenko at the traditional level of 80%, this time was too much for usually the most patient nation in Europe. The general perception such high “official” result of incumbent president was not only inadequate to the real mood of society but also was recognized as an arrogant answer to all expectations and needs of its citizens.

As a result of the growing social anger of the previous months, culminated in the evening of the 9th of August into a massive, unstoppable protests across the country. Even the unprecedented brutality of security forces was not able to suppress and discourage many demonstrators  from taking to the streets every day in many cities and towns across Belarus. Furthermore, enormous cruelty of the militia and stories told by demonstrators released from jails after several days and (what is crucial for a better understanding of the reasons of widespread anger) random people detained during demonstrations, only fueled anger and the determination of a Belarusians to oppose the regime.  The social mood was worsened arrogant and by completely inadequate statements of Lukashenko, who not only refused to punish the most brutal soldiers of security forces but also insulted his opponents and call them “rats”. He also suggested that they were inspired from abroad, mostly from a “hostile and two-faced” West. Society’s reactions have been unprecedented demonstrations, which were organized every Sunday in Minsk, which estimates ranging between 100.000-200.000 participants.

All the events organized after the election, have shown Belarusians’ great potential for expressing civil  disobedience based on the belief that they have the right to be treated with respect and to peacefully defend their interests. During the meetings with the local nomenklatura, people have openly presented their demands, insisting, for example, on recounting the votes and releasing the detained. Thus, we can see a process of rapid civil emancipation and a growing sense of dignity, which have less and less in common with the standards of an authoritarian regime. In other words, the subjects have finally become citizens. This has been accompanied by a rapid growth of national awareness of many Belarusians, which means the beginning of the very delayed, compare to other nations, process of nation building in Belarus, which is the biggest challenge for Lukashenko in his next and probably the last term as president.