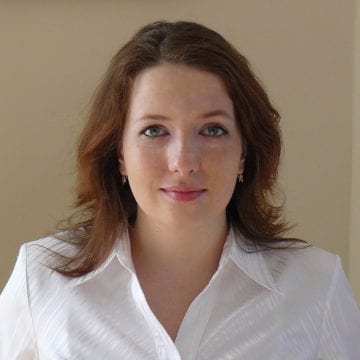 In 2013 Ukraine and China have proclaimed the existence of a strategic partnership between the countries by signing the Friendship and Cooperation Treaty and the Joint Statement on Strengthening of the Strategic Partnership. Virtually this level of relations is not fully realized. In 2014 China thought long and hard about the events of the Revolution of Dignity, taking a wait-and-see attitude since revolutionary events never call for unequivocal approval in China.

Given its strong financial and technological resources, China has long become one of Ukraine’s major economic partners and investors. The strategic partnership with China — the Belt and Road initiative, amongst other things — is increasingly affecting the business situation in Ukraine. Chinese business interest in cooperation with Ukraine is coming from the Chinese government’s decision to set up “foreign food bases”. It provides among other things for taking advantage of Ukrainian agricultural resources in combination with Chinese investments and technologies.

The investment cooperation between Ukraine and China also punches below its weight. At the beginning of 2019 Chinese investment in the Ukrainian economy amounted only to $17.9 million, which is 0.05% of the total foreign investment into Ukraine. China does not count as the main investment source for Ukraine; however, the Ukrainian business has high hopes for Chinese investment. The principle of “using investment as an incentive for trade” is a new idea of developing trade and economic cooperation with China. Money is not a problem for China; the key question is to find projects of real interest. According to Chinese top officials, if Ukraine would be able to offer projects that meet market needs, then Chinese investments in Ukraine might amount to $7 billion.

We should emphasize the positive moment that the interest of Chinese business in Ukraine has recently been increasing in various fields. Nowadays, Ukrainian agricultural, energy, construction, communications industries are particularly attractive for China. Ukraine is visited by the representatives of many Chinese companies seeking for the logistics projects in all fields — maritime, automobile, air and railroad. There are also investments in environmental protection and renewable energy. Chinese business may deliver on the potential of the biomass-based power plants, as Ukraine has every opportunity to provide such attractive projects. An important area for pragmatic cooperation between the China and Ukraine may be the area of research activities. These spheres are not over-regulated, so they are an interesting platform for active cooperation.

Ukraine might be a rather attractive country for investors, but it is necessary to take into account the significant risks. The uncontrolled and volatile situation in Ukraine prompts many Chinese businessmen to retreat. The Ukrainian crisis might be considered on three levels, the first of which is the geopolitical crisis. Ukraine is in the area of geopolitical conflict between Russia and the West; external factors cause additional shocks to the stability and development of the state. The question is: will the contradictions between Russia and Ukraine lead to an escalation of the warfare?

The second level is a political crisis in Ukraine. Is it likely that the Maidan will re-ignite in Ukraine? The political development of recent years has shown that government ability to control the situation in the country has been somewhat strengthened; however, after the Presidential elections in 2019, the political tension has increased again. The level of political governance is inadequate, the legislative framework is a subject to constant reconsideration, and the level of people’s trust in the government is falling.

The third level is the economic crisis. The indicators show that the economy is not at the lower recession point, but has started to slowly recover. Still, the economic recovery is likely to be a long and difficult process.

As things stand at the moment, a number of Chinese businessmen point to problems that prevent the increase of investment flows: default on contract commitments, difficulty in funds transfer, constant changes in policy and legislation, corruption and bureaucracy, weak infrastructure, increasing labor costs, etc.

In recent years organizations such as the Sino-Ukrainian Business Council, the Ukrainian Chamber of Commerce and Industry, the Chinese Association for the Development of Enterprises Abroad, the Ukrainian Silk Road Association, and the Ukrainian House in Beijing have often organized investment fairs that have become a platform for the widespread expansion of business cooperation between China and Ukraine. With help of these platforms, the Ukrainian government and businesses were able to come into the spotlight. Notwithstanding, little attention was paid directly to the audience interests, very few options were given to address issues of concern for the Chinese business. That is why the desired effect was not achieved yet.