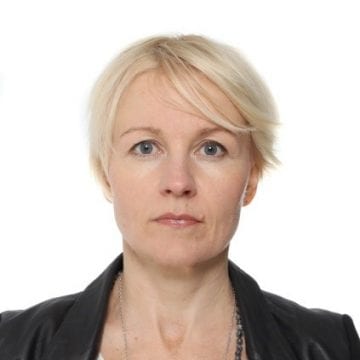 In 2019, both June and July were hottest in the global record and the Arctic saw unprecedented wild fires and melting. Ocean heat content has also reached record high levels. The signals of anthropogenic global warming are getting clearer.

The Baltic Sea is not left untouched. An evident warming of surface water and decline of ice has taken place during the recent decades. It is assumed that the Baltic will warm another 2–4 degrees by the end of the century. This has impacts on the living conditions of all species.

Eutrophication is currently the major challenge, and the Baltic is in a vicious cycle where accumulated nutrient reserves together with bottoms devoid of oxygen feed eutrophication. The area of already record large anoxic bottoms is likely to spread further due to warming. Acidification caused by an increase in atmospheric CO2 has not been recognized as a significant problem so far, but there are signs pointing towards progress of acidification too.

The Baltic Sea has been referred to as being a time machine: it has entered into environmental problems earlier than some other sea regions, and these problems have also been at least partly tackled in the Baltic Sea due to good cooperation and good scientific knowledge. However, climate change puts an additional burden on the ecosystem and challenges our efforts to ensure the recovery of the sea.

Current policies for protection of the Baltic Sea need to be clearer on how to address impacts of climate change. The EU Marine Strategy Framework Directive, the major piece of EU legislation for protecting oceans and seas in the EU, is not entirely coherent on how climate change should be handled. However, the directive is clear in its objective of maintaining the resilience of marine ecosystems to human-induced environmental change. That is important because warming and acidification, together with other anthropogenic stressors risk weakening the resilience and driving marine ecosystems across tipping points.

Cooperation on the protection of the marine environment of the Baltic Sea is active. HELCOM first addressed climate change in 2007, when the ministerial meeting which agreed on HELCOM’s Baltic Sea Action Plan acknowledged that even more stringent action is necessary in the future due to climate change impacts. Since then, HELCOM, in cooperation with the scientific community, has produced two regional assessments of climate change in 2007 and 2013. Experts in HELCOM have also made proposals for action to take into account of climate in HELCOM’s work.

In autumn 2019, Finland holds Presidency of the EU Council and Chairmanship of HELCOM. At the same time, EU’s water and marine policies are being reviewed. The Water Framework Directive, which is crucial for limiting land-based marine pollution from member states, is undergoing a fitness check, and implementation of the Marine Strategy Framework Directive is under review. The deadlines set in both directives are near, a good status of the marine environment should be achieved by 2020 and a good ecological and chemical status of surface water cannot be pushed further than 2027 at least not without using well-justified exceptions. We want to see the EU carry on ambitious implementation even after the deadline years, as it is unfortunately more than likely that good status will not be reached by those deadlines.

HELCOM is speeding up the implementation of its 2007 Baltic Sea Action Plan and has set out to update it by 2021. HELCOM allows formation of Baltic Sea specific policy and it engages all coastal states, the EU and a large number of observer organisations. HELCOM should strive to make a climate-proof updated Action Plan. This means that we should include measures and actions that allow us to reach a good status even in conditions impacted by climate change. Finland, as Chair of HELCOM, has defined updating of the Action Plan, reduction of nutrient loads, climate change and synergy with Agenda2030 sustainable development goals as priorities.

We still have many unknowns affecting our work in the Baltic Sea region. Major inflows from the North Sea greatly impact the Baltic. Nobody knows if their frequency or intensity will be affected by the changing climate. We still understand rather little of acidification and its effects. We do not know if climate change will make hazardous substances in the sea more harmful. One of the strengths of our work in the Baltic is good science-policy collaboration and it needs to continue for us to be better informed of the unknowns related to climate change.

What’s clear, is that we need patience. There are delays in the ecosystem recovery. We have been able to revert a number of negative environmental trends, but there is still work to be done to reach a good status. We also need to be prepared for a Baltic Sea that will not be the same as in the 1960s. A warmer and less saline Baltic with a footprint from numerous human stressors will be different from what it used to be.