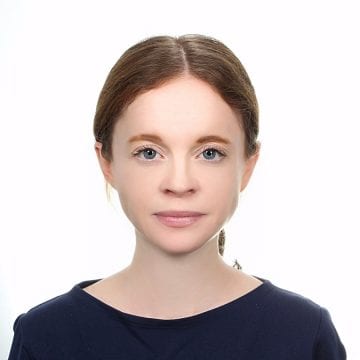 Although Alexander Lukashenka officially received over 80% of the votes in the presidential election, he has been the biggest loser. The rigging of the results and brutal pacification of post-election protests has meant he has lost the support of even those who had recently voted for him. Moreover, the phone calls to Vladimir Putin, during which Lukashenka asked the Russian president for help, were an admission that the Belarusian president is not in control of his own state. This has opened the door to Russia to subordinate Belarus to an even greater extent than before. What is more, the Belarusian government’s actions will harm it internationally, which will deepen the country’s economic problems.

The scale of the mass protests ongoing in Belarus since the end of the presidential elections on 9 August confirms that Lukashenka has lost the support of many Belarusians. The demonstrators demand his resignation, as well as the cessation of the use of violence by the security forces.

In May when the Belarusian parliament set the date of the elections, it seemed that they would be only a formality for Lukashenka and the incumbent authorities. The campaign revealed growing tensions in Belarusian society and the actions of the authorities during the campaign and after the elections indicate that they misjudged the public mood. The dissatisfaction and protests are the result of multiple factors. First is the deteriorating economic situation—GDP decreased by 1.7% year-on-year in the first half of 2020, and the country’s currency income, mainly from the sale of petroleum products, decreased by 17.4% in January-May compared to the corresponding period in 2019. Second is the lack of action by the authorities to prevent the spread of the COVID-19 pandemic—although a mandatory quarantine has not been introduced, many sectors of the economy have suffered significantly. And third is the fatigue with Lukashenka, the authoritarian leader who has been ruling for 26 years.

Although the public’s opposition to the regime will probably persist or increase, it is difficult to predict whether it will lead to changes in domestic and foreign policy in the near future (in the next several months). Lukashenka is concerned about any political changes that could weaken his power. The possible implementation of economic reforms would mean a temporary drop in living standards, which could adversely affect his position; for example, privatisation would mean a loss of political control over the largest Belarusian enterprises. What is more, Russia will not allow Belarus to change its foreign policy to a more pro-Western vector for ideological and military reasons. However, it cannot be excluded that the current regime will erode in the long term, although it will continue as long as the authorities are able to satisfy the interests of the nomenklatura. But if any of the power groups (especially representatives of the so-called power ministries and special services) concludes that their interests are at risk, political changes may occur.

What is more, by falsely accusing Poland and Lithuania of inspiring the protests, Lukashenka has undermined good neighbourly relations. By pointing to a threat from the outside and ordering military drills in the north and west of the country, a scenario that resembles the Zapad manoeuvres, especially those of 2009, disturbs the security situation in the whole region.

All this favours Russia, which is trying to keep Lukashenka in power. The Russian authorities will use his weak position within the country and outside to pursue their interests in Belarus. Russia’s negotiating position will be strengthened by disagreements over the prices of hydrocarbons and ending contracts for oil and gas. At the same time, there are many indications that Russia will be actively involved in enacting the constitutional changes announced by Lukashenka and may expect quick parliamentary and new presidential elections. It will also try to avoid any international mediation between the Belarusian authorities and the society, clearly pointing out that the country is within Russia’s “area of responsibility”. Russia may also try to change the president to one more useful to it, using Lukashenka’s announcement about the reform of the constitution and possible presidential and parliamentary elections to make the switch. Regardless of whether Lukashenka remains in power or a new pro-Russian politician becomes president, Russia will want to finalise the project of creating a fully-fledged military base in Belarus and deepening economic integration.

To sum up, as of the beginning of September there is still no optimism for significant change in Belarus.