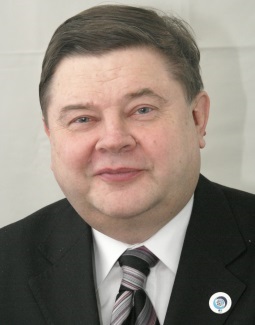 It seems quite clear that in the coming years the coronavirus pandemic along with economic crisis will bring about major changes to the way of global development. Some of those new trends are already here.

Despite the efforts of international organizations, governments, medical professionals and the publics of various countries, the number of patients diagnosed with COVID-19 had exceeded 10 million people by June 2020 and kept on growing. In the near future, at best it will be possible to curb but not stop the spread of coronavirus. Even in case of developing a vaccine shortly, it will take much longer to mass manufacture it. Apparently, those who have already contracted the virus will require additional treatment and taking medications for many years to come, if not for a lifetime. The costs of vaccination, new drugs and treatment added together are likely to be quite high. Meanwhile, the pandemic has exposed some serious problems in the social sphere. Though the field of medical research has witnessed significant progress over the recent years, Public Health systems have demonstrated their ineffectiveness almost everywhere. To improve the level of Public Health systems to the point when they could ensure safe environment for the entire population would require a marked increase in financing, both from international organizations and governments, as well as from private capital. In most cases, such an increase in expenditures will not be forthcoming, especially given the weakened state of the global economy as a result of the current crisis. Only a very small number of the most developed countries will be able to afford it. A slightly larger number of countries will see their national health systems provide quality services only to a part of the population, while in most countries around the world it will remain unavailable to almost everyone. Currently, only a few governments are planning to increase spending on health and international programs in this area. And this is not surprising – after the horrible flu epidemic of 1918-1920, European governments, too, were far from being ready to immediately address outstanding health issues. Still today, it seems that even in the most developed parts of the world Public Health systems fully capable of coping with the new realities will have emerged only in a medium term perspective. Given all that, a major spike in social differentiation seems inevitable both globally and nationally, as well as regionally. Thus, the availability of quality health care will become one of the main, if not the most important, dividing lines.

The political consequence of the growing social inequality will be a steep rise in populism of various shades. Some politicians will try to play on inciting nationalism and xenophobia, but they are unlikely to achieve significant result. Left populists, whose slogans could resonate with large part of the population, are much more likely to succeed. Therefore, the aggravation of social and national contradictions and of the domestic political strife seems inevitable across various countries of the modern world. Moreover, one should reckon with the possibility that in some cases social divisions will run so deep that it could lead to paralysis or disintegration of state institutions and the emergence of new failed states.

Because some countries have recently been taking protectionist measures to defend their economies, trying to counter COVID-19 on their own and not showing much interest in international cooperation on the matter, a view has become widespread in some political circles and expert communities that de-globalization has come to replace globalization. Yet, one can hardly agree with that. Most certainly, in a little while, global elites will begin moving to those countries that will have created the most effective Public Health systems where there will be least chance of contracting coronavirus accidentally and where the best opportunities will exist for treating it, using the latest medical advances. This could lead to major shifts in the economy, finance, as well as many other areas. The need to minimize personal contacts between people has already given a powerful impetus to the development of information technology whose role will continue to grow in public administration, politics, business, education, culture, etc. In and of itself it will become an important incentive for globalization processes to continue. Protectionist measures, as we learn from history, are invariably introduced during the times of crisis, but then get gradually phased out. Thus, even if significant restrictions on the movement of people remain in place, the processes of globalization will continue, although at a different pace and in a different form. The future of many countries will depend directly on how resolutely they will be engaged in those processes.