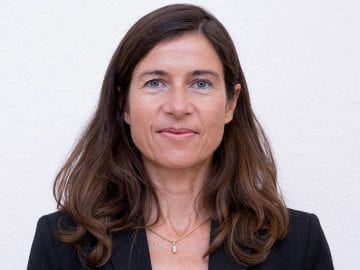 Geographical migration research highlights the phenomenon of transnationalism as a consequence of migration processes. From the individual perspective, transnationalism is characterized by the development of durable social connections over state boundaries which are relevant for the organisation of everyday life and the formation of individual identities. From the state perspective, the concept of transnationalism suggests the dissolving of boundaries and decreasing relevance of traditional approaches of “state” and “citizenship”. The phenomenon of transnationalism is densely connected to processes of globalisation, and both processes are strongly intertwined. The strategies to contain the Covid19-pandemic had serious consequences for both processes, notably for international migrants.

This is most evident in the case of border closures aiming to contain the pandemic, but also by the cessation of air traffic and by efforts to re-nationalize production and supply chains. Border closures are especially relevant for those whose lives are shaped by transnational mobility: transnational families are hampered in their transnational routines; migrant workers have to choose between maintaining their jobs abroad or uniting with their families. Refugees are facing the suspension of asylum procedures and a significant delay in resettlement or family reunification processes. We have also observed the increase of state interventions regarding the regulatory frame of mobility during the pandemic: while many forms of migration have been severely restricted, at the same time other types of migration have been supported by state authorities, such as the immigration of seasonal workers in agriculture.

In addition to these practical consequences for international migrants, we also have to consider long-term psychological effects of border closures and mobility restrictions. The juxtaposition of mobility and sedentariness has always created social tensions, as it challenges concepts of belonging. Attitudinal research has revealed that the fear of “strangers” is highest where “foreigners” are least present. Furthermore, the emphasis on “otherness” is often coupled with questions about the legitimacy of the presence of “foreigners” and about integration costs and integration obligations.

In times of high politicisation of migration such as during the “refugee crisis” or the “Brexit”, fears and prejudices against migrants are fuelled by public discourse. Thus, migrants already left the United Kingdom before the Brexit was implemented, as they experienced increasing xenophobic hostility. During the years of “refugee crisis” in Germany, arson attacks against newly established refugee accommodations increased as a means to prevent the allocation of asylum seekers to a locality. During the first lockdown of the Covid19-pandemic in Germany, second home owners were denunciated by the local population, as they were officially not allowed to leave their first place of residence and stay in their second homes. Considering those recent examples we can conclude, that de-globalization processes have adverse effects for migrants not only by impeding physical mobility, but also by increasing psychological boundaries.

This is all the more true for the most vulnerable groups of migrants, such as the asylum seeking migrants who are stuck in overcrowded camps on the Greek islands. Their fate has increasingly been pushed out of sight in the context of the pandemic. While in the beginning of 2020 there was an initiative of a “coalition of the willing” to at least relocate the unaccompanied minors from the Greek camps to other European states, these approaches have almost come to a standstill during the first lockdowns. Meanwhile, countries such as France, Germany and Luxembourg have organized a number of relocations, but there is no durable solution for the majority of asylum-seeking migrants who got stuck at the outer borders of the European Union.

Considering those experiences during the first two waves of the Covid19-pandemic, there is a high probability that de-globalization processes will have a strong impact on international migration also after the end of the pandemic. Just as the economic consequences of the pandemic will exacerbate social inequality within states and worldwide, it also leads to further polarization in the area of migration: on the one hand, there are migrants with a high amount of social capital and those who are considered useful by state and non-state actors. On the other hand, there are vulnerable migrants with poor individual resources, who are at the same time under high migratory pressure and are therefore most dependent on international solidarity. It should be a central matter for the European Commission to develop sustainable reception strategies for those most vulnerable migrants.