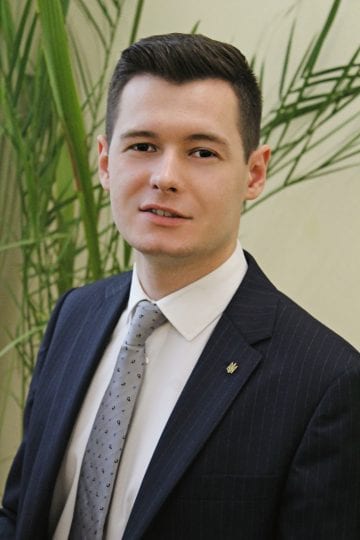 With the collapse of the Union of Soviet Socialist Republics, citizens were able to privatize a number of strategic entities. At the same time, due to the lack of funds in the population, such facilities have been privatized by oligarchs who have permanent ties with Russia. Control over these objects allowed the oligarchs, throughout their independence, to influence the state policy of Ukraine. Especially since 2014, after the annexation of the Crimea by the Russian Peninsula and the invasion of regular aggressor troops into the territory of Luhansk and Donetsk regions, the issue of protection of the critical infrastructure of the state was urgently raised.

Ukraine has not defined an exhaustive list of objects that must be attributed to critical infrastructure and virtually no legislation to deal with them. At the same time, on August 23, 2016, the Decree No. 563 of the Cabinet of Ministers of Ukraine approved the Procedure for establishing a list of information and telecommunication systems of critical infrastructure of the state, wherein defines critical infrastructure as a set of state infrastructure facilities that are most important for the economy and industry, the functioning of society and the safety of the population and whose failure or destruction can have an impact on national security and defense, the environment, lead to significant financial losses and loss of life.

Therefore, we can conclude that critical infrastructure facilities include, in particular, enterprises in the field of water supply, sewage, production, transportation and sale of heat and electricity, gas distribution and transportation, and others.

The absence of specific legislation, including criminal liability for the failure of owners and managers of critical infrastructure to fulfill obligations for its smooth functioning and purposeful use, creates threats to the population. Such owners and managers have actually been given the opportunity to blackmail the state.

For example, in September 2019 PJSC “Cherkasyoblenergo” (an enterprise that distributes, transports and supplies electricity in the Cherkasy region) stopped supplying electricity to the Smela local water utility due to debt, leaving the city with a population of 70,000 without water. Due to lack of water, planned operations at local hospitals were discontinued and school attendance was suspended.  A similar situation occurred in October of the same year in the town of Lisichansk, Luhansk region, where the energy supply organization also exposed the debt to the local utility. Almost the entire city, not far from the territory occupied by Russia, was left without water. There was a dispute over the size of the debt, but shutting off the water caused considerable social tensions. Therefore, officials were forced to allocate significant funds from the state and local budgets to help with debt repayment to restore water supply, since there was no time to go to court or dispute the amounts of the debt in another way.

Equally striking is the case when in 2017 the Kyiv City Council terminated the contract with the Kyivenergo power company and returned all networks to the city. Previously, the city’s multibillion-dollar property was transferred to the organization under a four-sheet agreement, which provided for the city’s reimbursement of all the funds spent to modernize the networks. In fact, the city was trapped because proper records were not kept and Kyivenergo billed UAH 900 million to the community. The city had to make concessions and pay money.

In all three cases, the managers of critical infrastructure facilities, in order to achieve their goals by abusing their monopoly position, adversely affected public policy and resorted to blackmail by public authorities. In the second case, these actions were particularly dangerous as they could have been directed by the aggressor to discredit the official authorities of Ukraine in front of the residents of the frontline city. In the absence of relevant legislation, public authorities were disadvantaged by the infrastructure managers and suffered significant financial losses, which negatively affected the security of cities and the economic security of the country as a whole.

In the presence of special legislation, in such cases, these facilities would have to be transferred under the control of the provisional administration or central executive authority, and its administrators should be brought to trial with the subsequent confiscation of such facilities.

Therefore, it is necessary to develop and adopt the Law of Ukraine “On Critical Infrastructure”, to amend the current Laws of Ukraine “On the Privatization of State and Communal Property”, “On the State Property Fund”, the antimonopoly legislation, and the Criminal Code of Ukraine. The goal of legislative changes should be to ensure state control over critical infrastructure; preventing the abuse of critical capabilities by critical infrastructure managers to the detriment of people; preventing the control of the aggressor – the Russian Federation over the strategic objects of Ukraine.