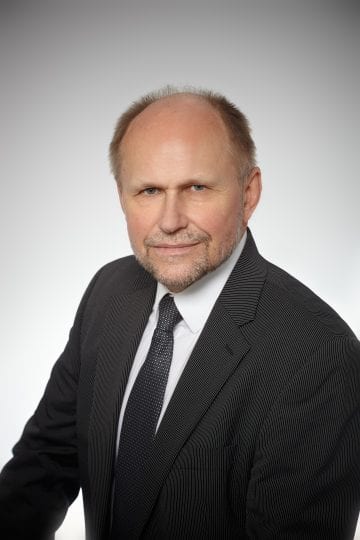 The Defence reform is the tip of the iceberg of a broader change in the Ukrainian security and defence sector. Its exhaustive description would significantly exceed the scope of this article. I will therefore only focus on chosen aspects and priorities.

According to Ukrainian legislation, the security and defence sector go beyond the functioning of the Ministry of Defence (MoD) and the Armed Forces of Ukraine. It is a complex system of various authorities, formations and agencies, functioning under democratic civilian control. Determined by the Constitution and other specific laws, its functional purpose is to defend the national interests of Ukraine against threats.

The necessity of shifting towards a new paradigm was widely recognized, and a new progressive and active role in the transformation processes has been initiated after Revolution of Dignity 2014. It might have been even earlier but with a significantly slower pace.

The march towards Europe, NATO and democratic values is encompassed by the Ukrainian constitution. This makes the determination to change and evolve stronger than ever. There are still, however, significant challenges to overcome in meeting Ukraine’s goals. Its institutions are still fragile and not yet fit for democratic, Euro-Atlantic purposes. The MoD has made some progress in implementing modern principles of defence management, but the process still requires fundamental institutional and cultural changes.

Although the situation remains very complex with a massive reform agenda, it is clear that there is a fresh political will to make transformative changes in Ukraine. The positive and promising new opening to change represents a powerful first step

The recent Presidential and Parliamentary elections have transformed Ukrainian political landscape. With a majority in the Verkhovna Rada, President Zelensky has been granted a strong mandate for reform and change by the Ukrainians. Its main and ambitious goals are to stop corruption, put an end to Russia’s aggression against Ukraine and promote the economic growth through investment and innovation. All those strategic transformation goals are to be implemented as much in the public administration as a whole, as in the defence sector.

Zelensky has appointed a Western-educated, civilian defence minister, Andriy Zahorodnyuk giving him his full support for an ambitious reform agenda. Zahorodnyuk has a clear track record with regard to reforms and is committed to transforming the MoD’s culture, practises, personnel and functioning.

A team approach has resulted in a new quality of partnership between the Minister and the Chief of Defence (CHOD), Lt. Gen. Ruslan Khomchak (still 2-star). This should lead to a reliable civilian democratic control over the defence forces in accordance with the Euro-Atlantic standards. The changes within the General Staff leadership, so essential to enable and sustain the real progress, being made on Command & Control (C2) transformation, are strongly endorsed. The functions of the Ministry and the General Staff are not yet clearly delineated. However, it is imperative that by strengthening the Defence Forces management system, the C2 reform aims at promoting integrated efforts rather than enabling the General Staff to exist as a separate “kingdom”.

The Minister of Defence has already appointed a first female Deputy Minister (another welcomed change); he has made internal changes that signal his intention to run the Ministry under the system of democratic control and the accountability of the armed forces.

The “people first” policy, soldiers’ welfare and well-being, and the competitiveness of the servicemen on the labour market are at on top of the priority list. Recruitment, retention and severe attrition rates continue to drain and deprive the Ukrainian Armed Forces of its best personnel. In addition, housing, family support, deployment conditions in the area of the Joint Forces Operations (JFO) are all high on the agenda. Motivated, professional and comprehensively trained personnel, aware of the goals and objectives of the defence policy, can be front-runners and agents for transformation and quality change. This highlights the importance of introducing new approaches to professional military education. Initiatives including an English language training are required to dissolve the lingering Soviet legacy culture and practices. Mental interoperability and the elimination of “homo sovieticus” are as important as new structures and modern equipment. Moreover, there are plans to involve citizens in building a territorial defence of Ukraine.

Building Ukraine’s defence resource management system, modern planning, programing and budgeting procedures and a new approach to defence industry and acquisition – in order to eliminate corruption and satisfy military requirements with new armament, infrastructure and materiel – is the other ambition. It is time to get rid of the post-soviet, obsolete weaponry, which paradoxically keeps Ukraine strongly linked to the enemy. The new procurement system and its self-controlling mechanisms are meant to eliminate the risks of corruption within the armed forces.

There is still huge effort ahead of the Ukrainian defence. The ongoing operations involving the Armed Forces have constituted an obvious challenge the reform processes itself. The opponents of the reform claim that changes cannot be carried out during war; its supporters on the other hand argue that war is the reason for it to be carried out as soon as possible.

Ukraine’s leadership has declared that it is in ‘turbo mode’, driving forward legislation and a reform agenda at a fierce pace. This brings opportunities and challenges, but most importantly, it demonstrates the acute awareness of President and his team – including Minister of Defence – of the narrow window of political opportunity to implement the deep, structural reform that the Ukrainians have demanded. These multi-layers, parallel and multidimensional reform is carried out under the “terror” of time that Ukraine does not have. On the other hand, strategic patience is essential because reformers cannot afford rushing into failure.

Given the intensity of the Ukrainian drive forward and the rapidly moving political agenda, Ukraine’s key partners will need to be flexible, agile and ready to provide appropriate support, advice, mentoring and capacity building to enable success. This includes the main MoD international advisory body at the strategic level i.e. the Defence Reform Advisory Board (DRAB) that is composed of senior representatives from Canada, Germany, Lithuania, Poland, the UK and the US. Simply transferring or transplanting someone else’s solutions to Ukrainian soil would not be reasonable as there are still too many cultural, legislative and systemic differences and shackles from the past. Long awaited and adapted Ukrainian solutions are required for the Ukrainian problems.

The pace of the reforms is strongly dependant on affordability. The needs generated by the General Staff are twice as high as the means allocated for defence in the State budget. The Napoleonic money, money, money will very soon exacerbate the split between intentions and the speed of the implementation.

To introduce democratization, good governance, economic development, conflict prevention, innovations and cutting-edge technology, as well as professional military education, will demand not only resources, but also transparency and openness to the public in explaining unpopular modifications. Reforming the defence sector also requires active involvement from both, the executive and the legislative branches.