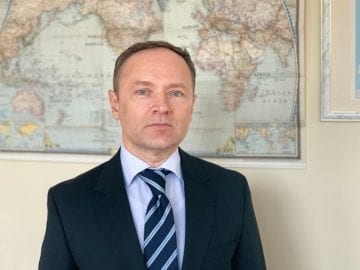 This February marked 27 years since re-establishment of diplomatic relations between Ukraine and Finland. In December 1992 Ukraine re-established diplomatic presence in Finland, after a short period of mutual state recognition between Finland and Ukraine People`s Republic in 1918 and early 1920ies. Since then bilateral relations between Ukraine and Finland has been on a positive track with steady growth of bilateral trade, regular political dialogue and people-to-people contacts.

Long ago Finland was perceived as country of origin of accessible industrial and high quality consumer goods. Finnish industries benefited from the proximity of the lucrative consumer market in the east. Break-up of the USSR was more of a challenge than opportunity for Finland, triggering large-scale process of modernization and re-orientation of the Finnish industry. Joining the EU was a logical next step firmly attaching Western orientation of the country, accelerating European integration process and setting the stage for the next waves of EU enlargement in Central Eastern Europe and the Baltics.

In early 1990ies, Ukraine, despite inheriting significant but mostly outdated industrial potential, was stuck in a lengthy and sometime tiresome process of strengthening foundations of a state, dismantling Soviet type state controlled economy, but neglecting its urgent modernization. Modern history of Ukraine demonstrates ongoing struggle for economic independence and continuous state building, genuine desire to catch up with our Central European partners, fully enjoying benefits of their membership in the European Union.

In the first half of 2019, trade volume falls, in particular of both Ukrainian export to Finland and Finnish export to Ukraine. This trend reflects fluctuation of commodity prices on world market and weakening of demand in Finland due to slowing down of the world economy. Another explanation is scarcity of Ukrainian high value added goods and dominant position of raw materials, like steel, which makes Ukrainian export prone to volatility of commodity price fluctuations. At the same time, emerging of new export segments, like ready-made garments, textiles and consumer goods, which testifies good potential for products of Ukrainian fashion industry.

Functioning of the Deep and comprehensive FTA between Ukraine and the EU is a good instrument for Ukrainian exporters willing to increase their presence on the European market. However, presence of the export quotas provides certain limitations. In particular, EU export quotas for some Ukrainian products, like honey and sugar, are exhausted in the first months of their application, which makes it impossible to deliver additional quantities of available goods to the EU market.

We welcome gradual increase of the Finnish investments into Ukrainian economy, which are still on a rather low level of about 130 mln USD. Apart from the long-term presence of big companies there are positive examples of new business projects implemented by Finnish businesses in Ukraine. Not long ago Sampo-Rosenlew started a multimillion joint venture with Kherson machine-building plant on assembling combine harvesters. Famous Finnish fast food chain Hesburger invested in opening of several outlets in Ukraine. Market leader in packaging Huhtamäki commenced business operations on Ukrainian market. Business solutions offered by Konecranes, Cargotec, Vaisala, Ferroplan and many other Finnish companies have great potential for development and implementation on the fast growing Ukrainian market.

High priority in bilateral economic cooperation is placed on energy saving and energy efficiency. Valuable technological expertise of the Finnish companies in the areas of waste management, biogas production, clean-tech solutions and forest management is in high demand in Ukraine. Targeted financial contribution of the Finnish Government through a special Trust fund facilitates process of identifying most acute problems, selection of projects for their practical implementation using the technical assistance and guidance of the Nordic Environment Finance Corporation (NEFCO).

The 7th meeting of the joint intergovernmental Commission on trade and economic cooperation was held in Kyiv in September 2018. It enabled re-focusing of attention of government bodies, business structures and trade associations to the untapped potential in bilateral economic relations. Recent change of power and introduction of the new government administration in Ukraine provides new possibilities for speeding up reforms in major sectors, including privatization of state assets and land reform, aimed at attracting new foreign investments and providing new business opportunities for foreign companies operating in Ukraine.

Overall, last years demonstrated high intensity of political dialogue between Ukraine and Finland, including at the highest level of heads of states. Ukraine appreciates steadfast support of the Government of Finland of the ongoing process of modernization and reforms in Ukraine aimed at promoting economic development and well-being of the population. It also contributes to implementation of Ukraine`s European integration agenda.

Despite current security challenges related to the Russian aggression and temporary occupation of the part of sovereign territory, Ukraine proves to be able to proceed on the path of reforms, gradually transforming itself into fully democratic, modern European state with high potential for economic and business development.