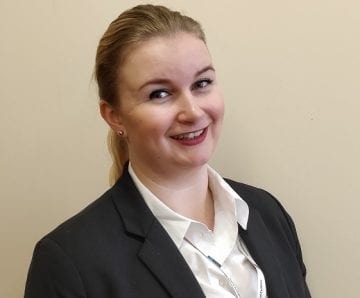 Russian economy relies on its crude material exports. With fossil fuels accounting as much as 65% of Russia’s exports in 2017 and contributing 36% of the country’s federal budget in 2016, Russia can be considered as a raw commodity provider in the global energy sector. Even though the country operates on the global oil markets, up until now its gas sector has been considerably geographically bound to Europe. However, there have been some decisive changes to Russia´s strategy in the gas sector in recent years.

Diversification of routes. During the Cold War, European companies built a network of pipelines from Russia to Central-Europe in exchange for free gas. The main transit pipelines went through Ukraine and Poland. In addition, Russia´s biggest gas company Gazprom has built additional capacity in the form of Nordstream I and soon II, as well as the Turkstream through Bulgaria. These have enabled the company to reroute gas transit and possibly avoid transit fees from countries between Russia and its main market, Germany.

Diversification of market players. Gazprom’s role as a natural gas producer has decreased from a 90% of market share among Russian companies in the early 2000s to around 68% in 2017. It still has a legal monopoly on pipeline exports, which constitute the main bulk of Russian natural gas exports. The adjustment of Russian portfolio diversification in the gas sector was put into action by granting Novatek, Rosneft, and other smaller players, rights to sell gas in the Russian internal market as well as export LNG (liquefied natural gas).

Diversification of markets. In 2018, Gazprom alone exported 200 billion cubic meters (bcm) of gas to Europe. This amounted to around 40% of the company’s total extraction capacity. However, the recent developments with the Power of Siberia pipeline to China and Novatek’s LNG development show that Russia has diversified its customer base globally. Power of Siberia is set to export 38 bcm annually from Irkutsk and Yakutia to China. However, that is less than 35% of the capacity of NS I and NS II combined.

Introducing global foreign investment in the supply chain. As technologies develop and the US and the EU sanctions are in place, Russian companies have resorted to international funding for upstream development through examples such as Chinese investment vehicles, Japanese, and Indian companies in addition to long-term partners such as the French company Total in both LNG and traditional gas fields.

Innovative investment solutions. Russia has started to diverge away from dollar-traded deals towards more euro and rubles –based trading. Part of this shift has been to protect the Russian economy from the US sanctions. It has also partnered up with foreign investors in its downstream projects, such as the five European utility companies providing financing for NS II.

Expanding the trading portfolio. Instead of relying entirely on long-term oil-indexed contracts, Russian companies have increased their trading option in the recent years to include more hub market priced, short-term contracts, as well as introducing a gas trading platform in St. Petersburg. It wouldn’t be completely out of the question to see gas traders starting to trade European-destined gas in the St. Petersburg trade hub instead of the European market places. Arguably, most of these changes have happened only because Russian companies have had to adjust to the increased energy security steps the EU member states have taken.

Russia has read the new rules of the game, and complies while waiting for its next advantage. The developments the EU has taken to increase its energy security in the last decades have been tremendously effective, but they were implemented for a time when Russian gas equaled to bilateral, long-term, and oil-indexed pipeline contracts with Gazprom. Russian gas sector has taken decisive steps to mold itself to become more diversified, agile and international since that. The interdependency Europe and Russia have had in gas trade will decline in future years, as LNG and additional pipeline connections take more precedence. On the other hand, developments both in the EU and in Russia have provided an ample opportunity to approach gas as a commodity traded in various forms, with various financial instruments and platforms, rather than as molecules of freedom or as an energy weapon.

Author’s note: This column was written in November 2019.