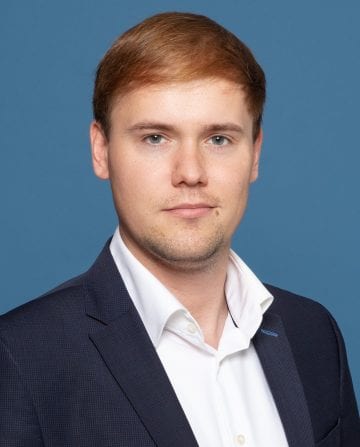 Since the annexation of Crimea in March 2014 and the beginning of armed conflict in parts of Donbass, questions of military confidence-building between NATO and Russia have once again moved centre stage. In contrast to the Cold War, the focus of military confidence-building (and arms control more generally) today aims much less at the prevention of possible large-scale offensives for territorial gain or surprise attacks. Instead, potential escalation scenarios result from miscommunication, risky maneuvers, and a lack of transparency in military exercises in sub-regional contexts.

Existing confidence- and security-building measures (CSBM) are in need of reform, however. For example, many provisions of the Vienna Document have remained unchanged for more than 20 years. Currently, military exercises involving 9,000 troops or more must be announced in writing 42 days in advance. If the number of participants reaches 13,000 troops, the states involved are required to allow third parties to observe the military activities. Since the end of the Cold War, these thresholds have rarely been reached, however. In addition, notifications and observation visits are required only if the activities have been announced in advance to the troops involved and are conducted under a unified command in the zone of application, that is, within the whole of Europe.

From NATO’s perspective, Russia purposefully subverts the spirit of the Vienna Document by organizing frequent “snap exercises” on short notice and by deliberately splitting up large-scale strategic exercises with tens of thousands of participants. At the same time, Russia’s interest in updating the agreement is increasingly waning. At the last meeting that tabled the revision of the Vienna Document in 2016, Moscow firmly rejected the proposal and justified its position with reference to NATO’s policy of deterrence. Moscow argued that a modernization of the Vienna Document could only take place if Russian interests were respected and relations returned to the status quo ante 2014. This position also reveals a fundamental difference between the West and Russia. While most NATO members seek to stabilize political relations by means of technical solutions, Russia insists on a political solution first, as a precondition for progress on the technical implementation of CSBM.

Nevertheless, NATO and Russia could still take a number of practical steps to defuse a potentially escalating situation. For example, it should be possible to find agreement on reciprocal measures of military constraints. In addition, bilateral agreements that allow additional evaluation visits on the top of those provided for by the Vienna Document, such as the one between Russia and Lithuania that was in place until the annexation of Crimea, could be revised. Given the perception of great power competition and enduring strategic disagreements, such military confidence-building and transparency measures are no silver bullet, but they can help stabilize the security situation.

The Open Skies Treaty is a case in point. The treaty allows its members to conduct unarmed observation flights over each other’s territory according to fixed quotas and with standardized technical equipment. During overflights, representatives of both the observing state and the observed state sit together in one aircraft. In this sense, the treaty provides an opportunity for military officers from different states, particularly from NATO and Russia, to engage with each other on a regular basis.

For most European member states, the Open Skies Treaty also has a practical purpose that goes beyond military trust- and confidence-building. They do not have sufficient reconnaissance satellite capabilities, so the data collected through overflights are a welcome, affordable alternative that provide independence, particularly because every member state can receive copies of all imageries. Besides, the imageries generated by satellites and sensors on aircraft are not of the same kind. Aircraft are more flexible than satellites; they can fly below cloud formations, and overflights for specific missions can be arranged at relatively short notice. Since Open Skies imagery is subject to lower levels of classification, they are also accessible for diplomatic purposes.

The withdrawal of the United States from the Treaty on 22 November 2020 puts its future at risk. Without the possibility of conducting overflights in U.S. airspace, Russian participation becomes uncertain as well. Moscow suspects that NATO member states will provide Washington with data collected during overflights over Russia, while restricting Russian flights over U.S. military facilities in Europe. To alleviate these concerns, Moscow expects written, legally binding assurances. However, by signing the Treaty, member states have already committed themselves to the non-proliferation of imagery and to full territorial access. A reaffirmation of these commitments will also not mitigate the lack of trust between the parties. Should Moscow continue to insist on this additional pledge, the treaty might fail, undermining European security further.