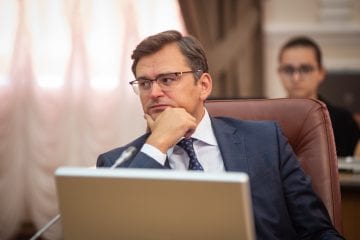 Ukraine finds itself in a unique moment following the elections of a historically young parliamentary class and a similarly reform-minded Cabinet of Ministers, committed to transform Ukraine into a strong, prosperous European democracy. The public has set high expectations for the enactment of wide-sweeping reforms and the government has responded with an ambitious five-year plan. For the first time, European and Euro-Atlantic integration has been included in the Government’s Action Plan as a separate chapter and guiding principle for reforms in all spheres.

Guided by the Association Agreement, Ukraine will continue pursuing full EU accession, even if this is not yet on the Union’s agenda. Our two overarching goals are to progress towards meeting the economic EU membership criteria (Copenhagen criteria) and to become an integral part of the common European economic, energy, digital, legal, and cultural space. In the next five years, the government committed itself to introduce deep economic reforms which will help unleash Ukraine’s growth potential and bring it closer to the EU. We already have impressive results: our trade increased by almost 50%, making the EU Ukraine’s largest trading partner. Over last 2 years, Ukrainian travelers enjoy visa-free regime with the EU.

At the 21st EU-Ukraine summit in Kyiv this year, leaders reaffirmed their readiness to deepen economic integration and regulatory approximation across the energy, trade and judicial sectors, among others, within the framework of the Association Agreement. One pressing task is the revision and updating of the Association Agreement, since the structure of Ukraine’s economy has changed over the last several years, as has EU legislation.

Ukraine is committed to further integration with the EU; however, our success depends not only on Ukraine’s ability to introduce European standards and practices, but also on EU’s commitment and involvement. The European Union holds an equal stake in Ukraine’s European integration, including monitoring and evaluating its progress along this path. Over the last five years EU assistance package was instrumental in overcoming immense challenges that Ukraine is still facing. We should remember no country in Europe had managed to transform itself without consistent and substantial support of other states.

Our aim is to make European idea comprehensive to the people that will be associated with expanded opportunities and a better quality of life. With this in mind, we plan to strengthen communication of the European integration and developing people-to-people contacts. As EU founding fathers envisioned, European integration is not only about connecting economies, but about connecting societies.  Our particular focus will be on Ukrainian regions, in particular on Southern and Eastern regions which are yet to feel all benefits of moving closer to the EU.

The ten-year anniversary of Eastern Partnership affords Ukraine and its European partners an opportunity to set a bold and reinvigorated agenda creating a common post-2020 vision. Differentiation as a new principle of EaP will help to tailor the policy according to the needs and ambitions of each partner (more-for-more approach).  A door to EU accession for countries fulfilling EU membership obligations should stay wide open.  Ambiguity and indecision from the EU side will undermine the government’s ability to deliver on reforms, aimed at bringing Ukraine closer to EU networks and their anticipated benefits.

Ukraine’s integration into the EU is determined by Ukraine’s belonging to the family of European nations and confirmed by the Revolution of Dignity in 2014 (also known as Maidan). Ukraine’s success is EU’s success. Being ambitious in our reform agenda, we urge our European partners to stay ambitious about the EU and its transformative power in the neighborhood. We count on EU’s united position in defense of Ukraine sovereignty and territorial integrity as we are trying to bring peace to our country.

Despite very difficult circumstances – years of countering Russian aggression and occupation of part of our territory, Ukraine has managed to launch long-waited reforms, and has set a program to accelerate the changes over the next five years. By doubling down on its commitment in Ukraine, the European Union can win hearts and minds and become even stronger while ensuring the success of the largest country in Europe.