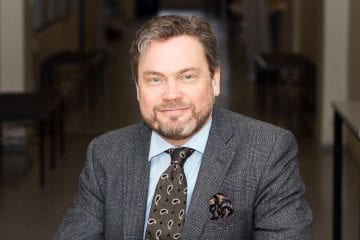 The outcome of the November 2020 elections in the United States is both good and bad news for Europe.

The Democrats’ success in taking the White House is a major step towards restoring a spirit of cooperation in the transatlantic alliance. The US will remain committed to European defense through NATO, backed by its military presence on the continent. In stark contrast to the outgoing president, Donald J. Trump, it will in all likelihood work more closely with allies.

The bad news is that the Trump era has left a permanent mark on America’s global role. In the elections, more than 70 million American voters endorsed his political agenda. It rests on a narrowly defined understanding of US interests in the world.

Furthermore, the societal forces that put Trump into power in 2016 have not shown any signs of weakening. A radical form of nationalist, populist and even isolationist Republicanism has taken root in American politics.

While Joe Biden’s victory eases the pressures in transatlantic relations in the short term, the continuing possibility of American disengagement and disregard for the interests of its allies causes concern. Europeans have to step up their efforts to strengthen their voice in world affairs and provide for their security by their own means.

Throughout the past two decades, Europeans have witnessed a gradual shift in US behavior, but have been slow to respond to the changing circumstances. In their Saint-Malo declaration in 1998, France and the United Kingdom took the lead to advance a European security and defense policy and strengthen the EU’s capacity for autonomous military action.

Rapid progress followed in the 2000s, including a significant broadening of Europe’s security agenda to issues such as civilian crisis management and human security. This development culminated in the Lisbon Treaty’s provisions for a more effective EU foreign policy in 2009.

Then things began to slow down. President Barack Obama’s prioritization of Asia over Europe in its global engagement in the early 2010s, the well-known pivot to Asia, was not followed by a corresponding shift in the policies on the European side. Mired in internal crises in the 2010s, the EU missed the momentum to advance its actorness as a global heavyweight and increase its strategic autonomy.

This was due to the dysfunction of the EU’s all-important Franco-German partnership. While progress was made in the joint management of the euro-crisis and EU’s other internal challenges, its foreign and defense policies did not receive the kind of attention they would have deserved. France’s President Emmanuel Macron’s call for a “Relaunch of a Europe of Defense” in 2017 fell flat with Angela Merkel’s government and resulted only with modest progress in the so-called Permanent Structural Cooperation (PESCO).

Until Germany decides how it wants to respond to France’s repeated calls for deeper European cooperation and the changing global geopolitical landscape, Europe’s strategic autonomy remains a distant dream.

The rest of the EU cannot do much more than wait for Germany to make up its mind. With Britain’s exit from the EU, France has lost its traditional partner to develop a joint EU approach to security issues. A corollary to this is that Britain, a strong voice for the primacy of the transatlantic alliance, is no longer a cog in the wheel preventing a full-blown Europeanization of defense. While the views of the other EU countries should not be discounted, the most important stumbling block that remains is Germany.

Germany’s reluctance is due to a variety of factors, including the weight of history going back to the eras of German expansionism, nazism and world wars. However gradual and painful its process of coping with the past, or vergangenheitsbewältigung, may have been, the shadows of the past have gradually withered away and made room for new thinking about facing up aggressive external actors and how and when use force against them.

Nowhere has this been more visible than in Germany’s attitude towards Russia after its annexation of Crimea in 2014. For long Germany has sought to find a balance between punishing Russia for its behavior with economic sanctions and its long-term economic engagement, symbolized with the Nordstream pipeline project in the Baltic Sea. However, the poisoning of the opposition leader Alexei Navalny in August 2020 sparked an unusually strong diplomatic response from Berlin.

However, an even deeper change in German security thinking may be necessary. German reluctance to respond to France’s call is rooted not only in contemporary assessments of what should be done, but in its own strategic culture dictating what can be done. That culture has long put severe limitations on the use of military force and a heavy emphasis on the preservation of its alliance with the United States.

A change may be coming. With the end of Merkel’s chancellorship in sight, the next moment of decision will be in the 2021 federal elections. The German people will then have a say if they want a geopolitically more capable and assertive EU or not, and how they want Europe to respond to the unfortunate weakening of the bonds across the Atlantic.