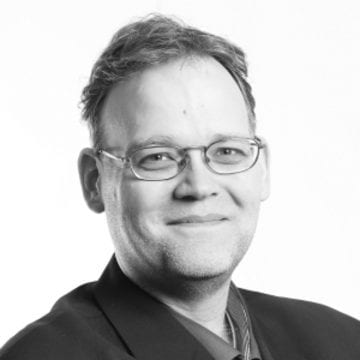 Foreign Direct Investments play a substantial role in international economic relations. On the one hand target countries, sectors, or companies that realize FDI inflows seem to be very attractive for generating future returns for their investors. Moreover, FDIs were mostly assessed positively because of generating jobs, increasing tax revenues, and a signal for good economic conditions. On the other hand, a certain skepticism towards FDIs could be figured out because of rising dependency on foreign investors. Not only national companies could be afraid of new competitors but governments see more and more question marks in the case of foreign direct investments in those sectors where the control of local assets and natural resources are in the hand of foreign ownership. Very critically is the assessment of investments when national infrastructure or a know-how drain is affected.

Germany’s government has expanded and sharpened its Foreign Trade Law quite often since 2017 to balance the benefits of these FDIs with the increasing problems of potential abuse of investors. Although no specific country has been mentioned officially by German authorities it is nevertheless obvious that Chinese investments make the German legislators more and more nervous. Especially with the announcement of its strategy “Made in China 2025“ Germany became more afraid that Chinese investments will be used to an aggressive forward of technology transfer to make China more competitive using foreign know-how.

While a sudden and sharp global increase of FDIs could be seen in 2015 and 2016, from 2017 to 2019 the curve went down to the former level. Against this trend, according to an EY study, the volume of Chinese investments in Germany increased from 530 Mio. in 2016 to more than 13,700 Mio. Euro in 2017 and a slight decrease in 2018 to approx. 10,700 Mio. Euro. While in 2019 the number of transactions increased from 35 in 2018 to 39 the total volume decreased to approx. 4,740 Mio. Euro only. Of course, industrial companies were mostly targeted such as automotive, biotech, medical industry, robotics, and computer-equipped industry.

One purpose was to implement requirements from the EU screening regulation (2019/452) that came into force in October 2020. This regulation comprises an EU-wide consultation framework that allows investment control authorities to concrete examinations.

One of the most critical changes of the AWV is the amendment of paragraph 55: While earlier an ‘actual threat‘ to the public safety or order has been a reason to prohibit a foreign investment with the amendment the ‘likeliness to affect‘ the public safety or order is underlining the tightening of investor-related assessment. Usually, the German Federal Ministry of Economics and Energy (BMWi) could start the examination procedure if the foreign investor should take over 25% or more. With the changes in the Foreign Trade Laws, the sectorally specific investment control will be applied at an investment volume of a minimum of 10% in the military sector. Moreover, in the case of cross-sectoral investment controls the 10% threshold is also a benchmark in the case of investments that are affecting critical infrastructure. Especially the health sector is concerning the Covid 19 pandemic now in the focus of these considerations because of high importance in securing e.g. medical equipment.

The whole legislative procedure was done in less than three months. Compared to the initial proposal text by the government, only a very few changes were made. Moreover, the 16th amendment of the AMV is pending where further extensions to the review of investments to certain high technology sectors. The high speed of further changes in the German legislation is nurtured by the fear that during the Covid 19 crisis lots of companies run into financial trouble that makes it easier for foreign investors to continue their shopping tours successfully.

In the future it will be interesting to follow the consequence of these acts: Critics fear that the two-step examination by the BMWi could not be sharpened but also will take much more time. Besides, the stricter enforcement ban could bring foreign investors generally to reconsider Germany as a suitable location for investments. On the other hand, if Germany continues the way of more protectionism the counteractions by others will follow. On the contrary, the Federal Minister of Economics warned that despite the German basic attitude towards liberality and market orientation should not lead to naivety in the case of risks and dangers towards the national economy.