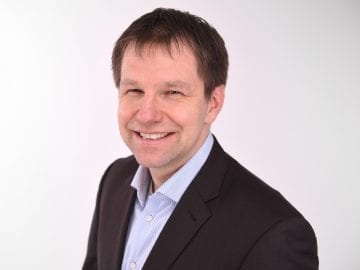 Throughout the year, international organizations and think tanks, like the OECD, the IMF, or Bruegel, reported that Germany’s plans in response to the crisis would produce a substantial fiscal impulse close to or even above 10 % of GDP. However, these figures are likely to be much too high. Recent estimates by the Joint Forecast project – which is conducted by the five leading German economic research institutes for the federal government – find an impulse of roughly 4 % relative to GDP for the current year, taking into account the immediate measures adopted in spring and the stimulus package announced in early summer. Admittedly, these estimates do not cover the most recent measures that were announced together with additional shutdown measures at the end of October. However, these additional measures are unlikely to make a large difference with respect to the size of the fiscal impulse as they will be funded by financial resources made available for earlier stimulus actions that had not been used up so far.

There are several reasons for this undershooting. First of all, the German government seems to have been keen to report a huge stimulus in spring and therefore partly counted the impact of automatic stabilizers as a response to the crisis in its reporting on the Stability and Growth Program. Further, several measures are highly likely not to be fully used up. For example, in Spring € 50 bn were made available for grants to small and medium sized firms but by the end of May only 30 % of this sum were actually spent. The take-up quota in the follow-up program was even lower, at least in part due to bureaucratic hurdles. Because of this, there is now room for additional grants to accompany the November shutdown without asking the parliament for an extension of the budget framework.

Most of the measures will be ceased at the end of 2020, like the temporary VAT cut. However, the German stimulus package, as many other stimulus packages in Europe, is meant to provide impulses also in the upcoming years. After 4 % in 2020 the expected impulses sum up to 1½ % for the year 2021 and about ¾ % of GDP for the year 2022 according to the aforementioned Joint Forecast. The additional spending is likely to be partly funded by the EU recovery funds. However, the overwhelming bulk will be financed by national borrowing, which can already be seen in the plans for the 2021 federal budget where net credit is far above the regular allowance of the German fiscal rule, the “debt brake”.

How to judge the fiscal response in Germany? Automatic stabilizers as well as discretionary measures substantially stabilized the disposable incomes of private households during the crisis. This likely helped to achieve public support for shutdown measures to fight the epidemic and stabilized the economic outlook for many. However, some of the measures of the stimulus package seem to be rather inefficient. It is unclear how much help the temporary VAT cut worth € 20 bn could provide when households had a lot of space to boost private consumption simply by normalizing their record-high savings rate. Further, the pull-forward effects for durable consumer goods will weigh on private consumption next year. Since the COVID-19 crisis will continue in 2021 this measure may not contribute to stabilize the economy.

Given the timing of the crisis and its potentially longer lasting effects, it makes sense to provide stimulus beyond 2020 as it is envisioned in the stimulus package as a whole. However, the corresponding measures pursue not just one, but two goals: economic stabilization and fostering structural change with a focus on certain measures to address climate change. Thus, policy goals are mashed up. The package includes various detailed grants, subsidies, and tax reliefs to encourage private investment in certain areas. This not only means that these funds may do little to support the economic upswing but is also of questionable efficiency with regards to climate targets, since emissions trading schemes and the pricing of emission certificates are already in place and provide incentives for the relevant investment without the need for additional bureaucracy and the picking of winners by government.

In sum, the fiscal response during COVID-19 in Germany is large, but not huge. The measures are timely and it may turn out that additional stimulus in 2021 and 2022 will be useful. However, some measures are not well designed to stabilize the economy. The temporary VAT cut may just rearrange demand in the short-run, and additional spending for certain climate policies may just create windfall gains for some private investors when the emissions trading schemes already provide the incentive to implement the most efficient emissions reduction technologies.