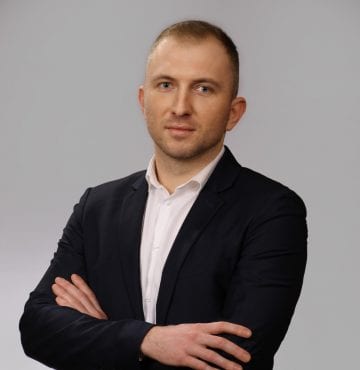 Germany is the largest national economy in the European Union, and the fourth largest in the world after the US, China and Japan. The German economy owes its competitiveness and global connections to great innovation and a strong export orientation. Export accounts for more than half of all turnover in industries such as the production of cars, machinery and equipment, as well as in the chemical industry and medical technology. Germany invest each year 92 billion euros in research and development. Many companies is on the way to the implementation of the program “Industry 4.0”, which in particular accelerate the process of digitization in production and logistics.

Germany is a highly industrialized and export oriented country. They are also characterized by strong international connections and dynamically functioning export sector. After China and the US are regularly included in the three countries in the world with the largest exports. Germany is strongly integrated into the global economy. As a result, they benefit from free trade and open markets. It is estimated that every second euro in Germany is obtained from interests carried out abroad. In turn, almost every fourth workplace depends on exports. In industry even every second. The scale of this phenomenon is confirmed by the fact that more than one million enterprises engage in foreign trade.

Germany is one of the industrialized countries with one of the most sustainable development in the world. This is due to, among others from an international comparative study that was conducted in 34 OECD member countries. The implementation of 17 UN sustainable development goals was examined using 34 indicators, including environmental protection, economic growth and the quality of social systems. Germany was sixth in this study. They got points primarily for economic growth, employment and social security.

In addition, more and more companies in Germany already recognize their own social responsibility. They treat it as an element of sustainable management. The concept  of corporate social responsibility refers primarily to the main area of activity of enterprises, which through globalization affects economic and social conditions and the natural environment.

Germany’s economic strength is largely based on the potential of industry and its innovation. The automotive industry is considered to be the most important branch of the German industry, employing 775,000 employees and based on six strong brands such as Volkswagen, BMW, Daimler, Audi and Porsche belonging to Volkswagen and Opel belonging to Groupe PSA. This results in being one of the leaders in the global automotive industry. Businesses spend billions of dollars in research and development to secure their competitiveness. In addition to the automotive industry, other strong sectors of the economy can also be distinguished, such as the construction of industrial facilities and machinery as well as the chemical industry. The industry in Germany specializes in the development and production of complex goods, primarily investment goods and innovative production technologies. The innovation of the economy is considered to be the driving force of Germany’s economic potential. The intensification of research and development efforts since 2007 has been positive. Both the economy and the public sector have contributed to this. A decisive role was played here the German government strategy on modern technologies.

The German economy has been shaped for a long time mainly large corporations as well as medium and small enterprises. Around the year 2005, a new branch has been developing in parallel, which is gaining more and more importance and creating jobs. These are startups from the digital industry. The process of establishing this type of enterprise has a very important role for the economic development of Germany, because newly established enterprises are a place where innovations are born, where jobs are created. The idea of competition is developed in this way. Germany, with good business models, good funding and infrastructure, is now a globally recognized location for startups. Many international founders also value good market conditions in Germany.