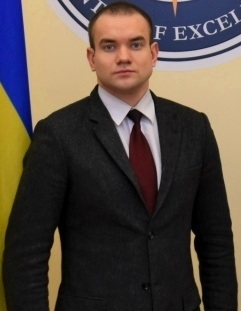 The awareness that war and peace are continuous, rather than discrete, fields of human endeavor have given rise to the idea that they may blend into each other, producing a gray zone that is neither truly war nor truly peace. These trends gave rise to the concept of gray zone conflict. This notion is marked by ambiguity on the nature of the conflict and the legal status of the parties, which in turn generates uncertainty about the applicable law. In the legal practice, the threshold between war and peace and their attendant regulatory frameworks is not as firm as the law may suggest. Confirmation of this was the Kerch incident on 25 November 2018 when Russia hindered passage against Ukrainian warships through occupation waters of the Black Sea around the Crimea peninsula, and the Kerch Strait to enter the ports of the Azov Sea.

It is very crucial to remind that the armed aggression of the Russian against Ukraine began on February 20, 2014, when the first cases of violation by the Armed Forces of the Russian were recorded in contravention of the international legal obligation of the Russian to intersect the Ukrainian state border in the Kerch Strait and use its military formations deployed in the Crimea.

The consequences of the occupation of the Crimea became the establishment of factual control by Russia over a part of the territory of Ukraine, including control over the maritime zones of Ukraine and directly over the passage within the territorial sea of the Black Sea, and the Kerch Strait to enter the ports of the Azov Sea that what has become an obstacle to the freedom of navigation in this region for Ukrainian ships (both state and commercial), and foreign ships as well.

Exploring and the legal assessment of the hindering shipping against Ukrainian warships through the occupation waters requires selection between peacetime rules of the International Law of the Sea and the Law of Naval Warfare, which applies to International Armed Conflicts (IAC).

IAC is in all cases of declared war or of any other armed conflict which may arise between two or more of the High Contracting Parties (HCP), even if the state of war is not recognized by one of them. Geneva Convention (GC) (1-4) of 1949 and Protocol I Additional to GC of 12 August 1949 (1977) shall also apply to all cases of partial or total occupation of the territory of HCP, even if the said occupation meets with no armed resistance.

The presence of international armed conflict between states does not depend on the fact of declaring war, how it is qualified and whether the parties recognize it, and the degree of intensity. In accordance with para. 70 of the Tadić decision, an IAC exists whenever there is a resort to armed force between States and it is not dependent on its recognition by either party.

The outbreak of an armed conflict at sea does not necessarily terminate or suspend the applicability of UNCLOS and bilateral agreements between states (Agreement between Ukraine and the Russian Federation on cooperation in the use of the Azov Sea and the Kerch Strait). Instead, it is widely accepted that, by and large, most provisions of UNCLOS will remain in operation in time of armed conflict, in the relationship between the Parties to the conflict.

Thus, for example, the term ‘warship’, which is used during international armed conflicts, has nowadays to be interpreted on the basis of the requirements reflected in Article 29 of UNCLOS. However, the provisions of the Law of the Sea as immunities of warships according to Article 32, 95 of UNCLOS supplanted by particular rules of the Law of Naval Warfare such as attacks against military objects (legal targets) according to Article 52(2) of Protocol Additional to the GC of 12 August 1949, (Protocol I), 8 June 1977.

The central argument is that between armed aggression against Ukraine and the occupation of Crimea on February 20, 2014, and a maritime incident in the Kerch Strait on 25 November 2018 exists a causal connection. This incident is part of continuing aggression by Russia against Ukraine since 2014, in violation of Article 2 (4) UN Charter. Not recognition of the international armed conflict between Ukraine and Russia means to deny the fact of aggression against Ukraine and the occupation of Crimea. Russia still has duties before Ukraine regarding respect to the rules under the International Law of the Sea even during international armed conflict. However, it should be recognized that Ukrainian warships lost their immunity during passage through occupied water due to the presence of armed conflict. At the same time, the Ukrainian crew members were entitled upon capture to be treated humanely as lawful combatants.

However, Ukrainian case and legal practice show us exactly the opposite as Russia and Ukraine for different reasons are at exploiting the seam between the contending peacetime and wartime legal dimensions of the Crimea conflict to create perceptions of a “gray zone”. The concept of ‘occupation’ seems nowadays disengaged from armed conflict. Russia was the treatment of the captured Ukrainian sailors as common criminals rather than prisoners of war. In turn, Ukraine was considering captured sailors as lawful combatants immediately after the incident. The state-owned warships under the Ukrainian flag did not pass the Kerch Strait until September 2018. Another confirmation of the gray zone of the conflict is the decision of the International Tribunal Law of the Sea on 25 May 2019, where court defined that the distinction between military and law enforcement activities of warships has become considerably blurred. Tribunal noted that the arrest and detention of the Ukrainian naval vessels by Russia took place in the context of a law enforcement operation in violation of the immunity of Ukrainian warships. In light of this case, the two States have acted in this maritime region before the incident as if no armed conflict would exist between them. Tribunal assessed the circumstances of this case based on the International Law of the Sea.

In order to mitigate risks arising from applicability peaceful legal regimes and the law of naval warfare in the context of gray zone conflict, military lawyers under the command of the naval forces should define the international regime of occupation waters when the party is not recognized such status and its impact on the military activities of warships.