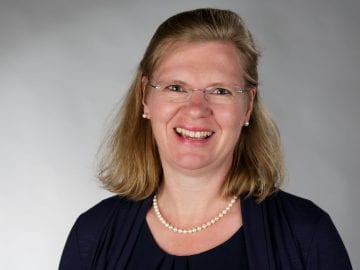 The regular violation of the Baltic states’ airspaces by Russian jet fighters and the “escort” out of them by NATO jets indicates that the Baltic states could still be described as a region of conflicts. Reporting more or less regularly about it, European journalists continue to accent how Russian power politics are threatening the Baltic eastern coast. Herewith, a traditional narrative about Russian expansionism is served, while NATO expansion in 2004 and its security politics are not described as provocative for the Russian side.

Because of their ethno-cultural complexity and geostrategic significance, the Baltic states have become a major European conflict zone in which conflicts of loyalty and minorities as well as imperial claims to hegemony have repeatedly manifested themselves, particularly in modern times. A historical perspective helps us to understand why the former Russian Empire’s “Baltic Sea guberniya” and Soviet Socialist Republics came to be perceived as a conflict region and what impact this has for today’s national consciousness and security politics.

Already in pre-modern times, these territories became a space of interest for the Baltic Sea’s great powers, while the indigenous population only played a subaltern role. Particularly Russia’s ascent as a European power has been tightly interwoven with the Baltic Sea region since the Livonian War (1558-1583). From the second half of 19th century on, the Baltic Sea guberniya witnessed the emergence of national movements that challenged the traditional social structures. Until then, the Germans living there had formed the social elites in the cities and the countryside, while the Jews, being often small business owners, made up a huge proportion of the urban population. The Russians’ social structure was more diverse: they were representatives of the Empire, lived in the eastern border regions of the guberniya as peasants or as workers in industrialized areas. The ingenious people were mostly peasants. The national movements of Estonians and Latvians gained dynamic momentum, because they nourished hopes that the social dominance of the Germans could be at least reduced. The imperial politics brought measures that reinforced Russification. As a result, the Baltic states found themselves at the crossroads of various social, political and cultural modernization processes that ran in parallel and were mutually reinforcing.

Through the internal provincial dynamics, loyalty turnarounds challenged the interethnic relations: The Estonians and Latvians were able to replace the former social elites step by step in the local governments after the turn of the 20th century. It was primarily the revolution of 1905 that triggered the social changes. World War I and the Russian Revolution were catalysts, which resulted in an exchange of political (but not of economic) elites in favour of the indigenous population. After gaining independence in 1918, the interwar period brought the failure of democratic systems because of the authoritarian putsches led by Antanas Smetona (1926) in Lithuania, Kārlis Ulmanis (1934) in Latvia, and Konstantin Päts (1934) in Estonia and the reduction of minorities’ rights originally sheltered by commendable minority protection rights. However, this era is today perceived as a time of national well-being because of the states’ independence, while the fading of the democratic systems is not interpreted as such.

Except for the national movements and interwar period, which are perceived as culmination points, the Second World War and Sovietization played the most important role as negative points of reference, because they brought about national suppression. Herewith, the German occupation and the German genocide perpetrated against the Jewish population living in the Baltic states seemed to be only an interlude for their population’s historical consciousness. Its focal point in all Baltic states is still the annexation as socialist republics by the imperial expansionism of the Soviet Union at the beginning of World War II in 1940 and their recapture in 1944: the following Soviet social engineering politics brought severe and brutal mass deportations of the indigenous ethnic groups, particularly for their bourgeoise and educated strata. Subsequently, a huge number of Russian workers were settled in industrial cities, which is today the focus of securitizing discourses concerning possible Russian territorial claims.

As the historical legacies of this conflict region continue to have a great impact on today’s identities, the internal attitude towards the ethnic “minorities” living there is also deeply influenced by them. With regard to the states’ security, particularly the interpretation of the Soviet “occupation” still has a strong influence on today’s perception of Russia and on the Baltic states’ foreign politics – these legacies have continued to challenge the Baltic states’ internal and external policies until today.