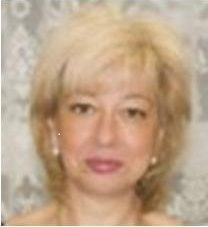 The processes of globalization – the growing interdependence of citizens and states in the modern world, have become a challenge for most national states, despite their geographical location or the level of political, economic and cultural development. Global integration has significant benefits: international division of labor, the scale effects and the rapid spread of innovations. Integration of Ukraine into European and world economic, informational and social space allows to activate the flow of goods, investments, information, interpersonal communication.

One of the indicators of globalization is increasing of export and import share in GDP of the country. According to the data of the National Bank of Ukraine and the State Statistics Service of Ukraine, the volume of exports in 2017 increased by 18% compared with 2016. The volume of imports in 2017 increased by 26% compared to the previous year. Machinery, equipment and transport vehicles (30%), mineral products (25.6%), chemical industry products (20.5%) have the largest share in the structure of imports in 2017. It is positive tendency that one third of the imports relate to equipment: the usage of latest technologies will improve the quality of products.

Among the sectors most promising for further development and realization of export potential, we can highlight the information technology sector. The IT service export revenue balance is steadily increasing. In 2017, IT sector brought the Ukrainian budget 2.25 billion dollars. In 2016, our country exported IT services on sum of $ 3.2 billion. But at the same time, Poland’s revenue from similar exports amounted to $ 16.3 billion, and the undisputed leader in the ranking was the United States with a IT revenue of $ 177.8 billion. Among the problems of development of IT industry in Ukraine experts headline: low level of protection of intellectual property rights, underdeveloped markets of financial and venture investments, “brain drain” abroad (over 2017-2018 Ukraine has left more than 10 thousand specialists), lack of foreseeable and consistent taxation and pressure from regulatory authorities. In general, it is difficult to talk about a well-developed IT industry in Ukraine, as only one of its segments is well represented in the country – outsourcing.

Thus, the processes of globalization and integration, in which Ukraine plays an increasingly important role, can both intensify the spread of the newest technologies and create a basis for attracting domestic enterprises, firms, research organizations and universities to international projects and grants. Ukraine can hope to take its proper place in global integration processes, while at the same time gaining significant advantages, namely:

Countries with more competitive economic structure receive the greatest benefit from globalization, leaving most of their global income inside. Thus, the activization of globalization and integration processes makes the issue of choosing the place and role of the national economy and its components in the world economic system relevant.