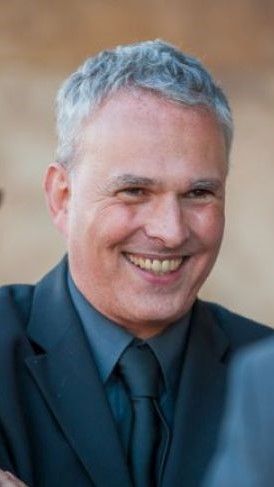 Germany remains one of the world’s most innovative economies. The GDP share of German gross expenditures on R&D (GERD) has equalled about 2.5 percent since the 2000s, which is well above OECD average. The private sector supplies almost two-thirds of R&D expenditures with industrial contributions to GERD that reflect the general pattern of Germany’s industrial specialization in automotive, mechanical engineering, and machine tools, among others. In the medium-tech setting of Germany’s manufacturing-based production regime, newly emerging science-based high-tech industries such as biotechnology remain comparatively underrepresented despite recent advances in this field. Basic research accounts only for 20 percent in the overall R&D profile, which is below the OECD average. At the same time, technological innovation in Germany proceeds primarily in gradual terms, quite in line with the competitive advantages of the manufacturing industries with a common pattern of high-skill and high-quality production.

The German innovation system draws on a core of manufacturing firms, research institutes, and financial organizations. This involves not only multinational enterprises as global players, but also a unique diversity of business organizations, including the “hidden champions” of the Mittelstand in a wide range from suppliers in large manufacturers’ supply chains to hi-tech firms. This setting also maintains an industrial reliance on credits loaned by banks with a long-term perspective. This long-term approach to innovation is underpinned by an emphasis on vocational, technical, and post-secondary education with a wide availability of training programmes. Consistent investment of the private sector in R&D activities is paralleled by the local diffusion of technological knowledge through the national network of Fraunhofer Institutes that specialize in applied industrial technologies. At the same time, German firms have been increasingly engaged in foreign direct investment, involving attempts at tapping international knowledge pools.

Despite these strengths, the Germany economy faces various innovation-related challenges, especially regarding the impact of disruptive technologies on the established production model. Critical issues are the lack of specialized human resources, entrepreneurial start-ups, and academic spin-offs. Most pressing is the undersupply of venture capital. Corresponding technological deficits point to science-based fields such as biotechnology and artificial intelligence.

One response to the challenge of disruptive innovation is the new initiative Industrie 4.0, which aims at integrating digital technologies into the manufacturing industries. Nine technological fields delineate Industrie 4.0: big data and analytics; autonomous robots; simulation; horizontal and vertical system integration; the industrial internet of things; cybersecurity; the Cloud; additive manufacturing; and augmented reality. Main goals of Industrie 4.0 are to upgrade capital markets for SMEs and start-ups in ICT-related industries, to improve the corresponding business networks, and to modernize the educational system. The strategic aim of the digitalization of complete value chains involves a comprehensive reshaping of inter-industrial and inter-sectoral relations. In effect, smart production is set to become the new competitive norm. Labour unions and works councils are key actors in these efforts, reflecting their corporatist role in safeguarding industrial competitiveness. However, also transnational alliances between US-American hi-tech enterprises and German manufacturing firms are meant to contribute to the digitalization of the manufacturing base of the German economy.

A second response to the challenges of disruptive innovation is the new National Industry Strategy 2030, which openly addresses a neo-mercantilist agenda confronting the United States and China as dominant powers of the 21st century. Only recently, the Federation of German Industries lobbied for policy instruments against unfair foreign competition. Accordingly, the National Industrial Strategy 2030 aims to regain international competitiveness and global technological leadership by pinpointing key areas of manufacturing for policy intervention. In addressing industry clusters, the Strategy states that maintaining closed value chains allows for a more resilient competitive edge. Also, selected large enterprises are meant to emerge as “national and European champions”, particularly in telecommunication and digital technologies. It remains to be seen, however, whether this German adaptation of traditional French industrial policy will reap the kind of benefits that have been largely absent in the latter’s case.