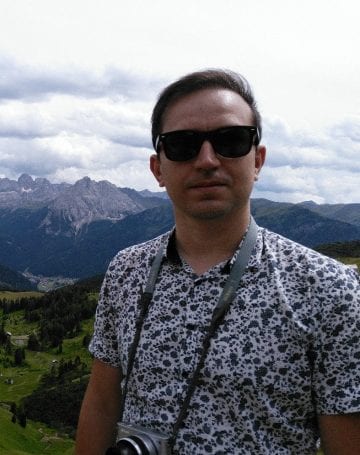 The analysis of migration based on the Russian censuses and micro-censuses for the period from late 1980s to the mid-2010s shows that the Kaliningrad region may become more divorced from the main territory of Russia. Besides the geographic isolation of the region, there emerge also demographic and ethnic differences. The population of the Baltic region of Russia is becoming more ethnically homogeneous, the share of local natives is growing rapidly, migration links with other territories are weakening.

After the World War II, the Kaliningrad region emerged as adjacent territory of the USSR. When all Germans had been deported to the Soviet occupation zone of Germany, the Kaliningrad region was left with mostly Soviet immigrants who still preserved links with the homeland. Later, however, the younger population of the region became represented mostly by local natives. According to the data of the micro-census of 1994, native-born residents accounted for 34% of those born in 1950, 72% of those born in 1973, and 83% of those born in 1983. While previous generations, to a large extent, tended to preserve strong links with other regions of the Russian Federation (i.e. with the territories where they were born), the following generations most likely felt disconnected from the ‘Big Land’.

In the last decades, migration between the Kaliningrad region and other regions is getting less significant. The region remains one of the most important Russian destinations for both internal and external migrants, but these inflows are not sufficient. The inflow of compatriots under the state programme on voluntary resettlement of compatriots living abroad did not meet the expectations in terms of numbers. Between 2007 and 2016, instead of the expected 300 thousand people, only 31.5 thousand people came. Other Russian regions taking part in the compatriots’ resettlement programme demonstrated even lower numbers.

Old generations of the Kaliningrad region residents who originated from Ukraine and Belarus become less numerous, while inflows of younger generations of immigrants from these countries are insignificant. The share of residents who immigrated from other regions of Russia and from neighbouring countries also declines, contributing to a greater isolation of the Kaliningrad region. At the same time, growing migration inflows from Central Asia republics and the South Caucasus have been adding diversity to the region in the recent decades.

Figure 1. Population of the Kaliningrad region by place of birth, % (in thousand people)

Since 2011, administrative data has been showing a sharp increase of arrivals in the region, but this results from the changes in the statistical data compilation rules. The permanent immigrants started to be categorized by a minimum 9-month period of stay instead of a minimum 1-year period of stay. This stock of immigrants also includes students eligible for only one calendar year for residence registration. Another trend, observed since 2011, is the outflow of the population to the countries of so-called Far abroad, mainly to Poland, Germany, Baltic states and Northern European countries.

Ethnic composition of the population is also a telling indicator of migration processes. In 1989, Russians made up 78% of the population of the Kaliningrad region, in 2002–83.1%, in 2010 – 86.4% of those who had their ethnicity stated in the survey questionnaire. Current inflow of migrants consists mostly of Russians and ethnic groups from Central Asia republics and South Caucasus. The region’s residents originating from western territories of the former USSR are older than those who came from Central Asia. It is likely that the children of the former assimilate and change their ethnic self-identification for Russians, especially if they come from a mixed family.

Thus, Kaliningrad region is more about permanent residents than temporary migrants. The exclave location and self-efficiency can transform the region’s identity, resulting in self-centeredness. Kaliningrad residents will perceive even more disconnectedness with the rest of the country. It requires more research to study how the region shapes its identity, to monitor public attitudes, and finally to propose some integration measures aimed at strengthening the ties between Kaliningrad residents and the rest of the country.

This article is an output of a research project implemented as part of the Basic Research Programme at the National Research University Higher School of Economics (HSE).