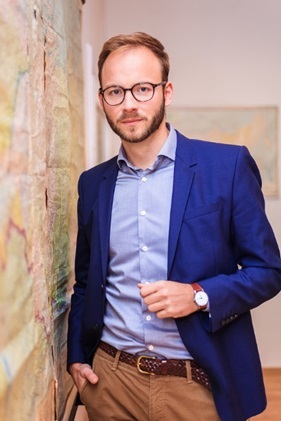 From Russia’s perspective, the 2019 Ukrainian presidential and parliamentary elections had fundamental importance. After five years of the Russian-Ukrainian conflict, Moscow had very few instruments left to influence either public sentiment or the election results in Ukraine. Moscow adopted a wait-and-see attitude in hope that Ukraine’s position on key issues would change after the election. Russian opinion makers have interpreted the election results as a sign that the Ukrainian public is tired of the confrontation with Russia and wants to normalize relations with Moscow.

The Kremlin’s strategy involves forcing Ukraine into decentralisation and granting the Donbas autonomy within the Ukrainian state, which would mean the de facto legitimation of the separatists, and the increase of the influence Moscow can wield over Ukraine. To achieve its objectives, the Kremlin is trying to weaken the government and cause political instability in Ukraine. During the presidential campaign Moscow counted that by openly supporting Volodymyr Zelenskiy it could deepen the divisions in Ukrainian society. But during almost 6 years of conflict between the two countries Russia has lost orientation in social moods in Ukraine as well as the majority of instruments to influence Ukrainian society. In result, it miscalculated the level of social support for the new president: Kremlin hoped that Zelensky will be a week president and that the pro-Russian fraction in the Ukrainian parliament will become more important because he himself will have no major political base among the deputies. Whereas, the presidential party “Servant of the People” not only won the parliamentary election but also had a highest level of public support in Ukrainian history after 1991.

Nevertheless Kremlin hopes that after the 2019 elections Moscow will be able to dictate the conditions of normalisation of the relations to Kyiv, because Zelensky will try to realise promises of peace in Donbas which he has made during the presidential campaign. Moscow knows that if there is any real progress in the peace process, the main risk for Ukraine’s new government will be how the Ukrainian public reacts. If the active part of society, including veterans of the Donbas conflict, comes to see any such agreement as a betrayal, this could lead to a serious domestic crisis.

Kremlin plays on this moods. For example a three days after the second round of presidential elections in Ukraine, President Putin sign  decree introducing a simplified procedure for granting citizenship to the residents of the separatist republics in the Donbas. Moscow is aware that signing this decree fuels political divisions in Ukraine and weaken the president-elect’s position.

Moscow did not achieve compromise on the resolution of the conflict in Donbas. However, both sides are trying to create the impression of a new opening and their readiness to negotiate. This creates a chance to alleviate the conflict: the intensity of the fighting has decreased in recent months, on 7 September an exchange of prisoners took place, and both sides agreed on withdrawal of troops from a few areas. At the beginning of October President Zelensky announced that an agreement had been reached to implement the so-called Steinmeier formula, which is seen as a concession from Ukrainian side. However, the implementation of the formula—that means conducting the elections in the separatist-held territories under Ukrainian legislation and under the supervision of the OSCE, a special status for the territories, and the return of Ukrainian control of its border with Russia–is in question. The main reason are the differences in its interpretation relate to the schedule of withdrawal of troops and return of Ukrainian forces on the state border, the future of the current “separatist’s” authorities, and also a way to create conditions for conducting democratic elections in areas where war has been going on for almost six years.

New situation in relations between Kiev and Moscow can entail both hopes and risks. Moscow seeing the concession from the Ukrainian side immediately strengthened demand that Kyiv should formally recognize the puppet leaders of the separatist parastates in the Donbas which Moscow supports. This shows that the Kremlin is still trying to pursue its strategy of forcing Ukraine to formally reintegrate the occupied part of the Donbas with current authorities and bring about the federalization of the country. Moscow believes that in the long term this will bring Ukraine permanently into the Russian sphere of influence, and allow Russia to gain control of its policies, and prevent it from moving closer to the West.

Russia hopes that it can gain international acceptance for its demands and interpretation of the Minsk agreements and “the Steinmeier formula”. Meeting these expectations by the international community is the greatest risk of the current situation. On the other hand, the search for a way to return to negotiations gives some hope that Moscow will make some concessions. However, it will not happen if the West succumbs to Kremlin’s demands and weakens its support for Ukraine.