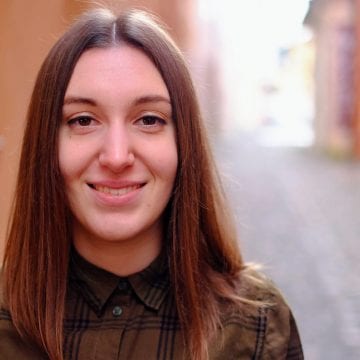 In the present times of military conflicts and unsettling economic situation, many Ukrainians find emigration, whether for work or for a better life, as the solution. My case is neither, as I have moved to Finland on academic and cultural terms – even before the Euromaidan and Russian annexation of the Crimea happened – first on an academic grant for exchange studies, and the following year – to pursue my master’s degree. Could it be called a brain drain, perhaps? However, the world is changing, and so does a labour market. Considering the current trends in globalization, travelling, and increasingly open borders, it may soon be that higher education in just one country and one language will not anymore be enough to secure a decent workplace. Furthermore, for me the concepts of national borders or excessive patriotism are losing their places in favour to open-mindedness, cultural diversity and respect. The “responsibility to serve and help your own country” does not necessarily mean staying your whole life in the place where you are coming from – I believe that there are many other ways to contribute. For many other Ukrainians, still, emigration is rather a necessary move, than a choice.

In terms of absolute numbers, in Ukraine, the “academic emigrations”, such as in my case is insignificant compared to the one related to search for better life. According to Eurostat, only in 2018 over half a million of Ukrainians received their first residence permit in one of the EU Member States. Only 11,9% of those permits were for study purposes, while 65% were work permits. In total, 2 to 5 million Ukrainians are estimated to be employed abroad.

While Ukrainians continue to be the largest group receiving first residence permits in the European Union, they constitute a relatively insignificant minority group in Finland: as of January 2018, about four thousand citizens of Ukraine lived permanently in Finland, and five thousand – in total. The Finnish cities with the highest population of Ukrainians are Helsinki, Tampere, Jyväskylä, Turku, Oulu and Salo.

My Finnish hometown is the Southwestern city of Turku. It is a city of three higher education institutions, 35 thousand students, city of recently booming industry and economy, and consequently, of numerous opportunities for young graduates. It seems natural for a person who has studied and lived in a country for several years to wish to stay after graduation, and decide to find a job there and eventually settle down. After all, Finland is investing money in educating international young specialists, just like it is investing in Finns.

Furthermore, the Finnish work culture might feel more attractive to some of those graduates than the one in their home countries, just as it felt for me. From my own work experience gained so far, I could conclude that Finnish work culture generally differs from the one in Ukraine in a number of ways: there is much more focus on the well-being of the employees, work hours are more flexible, equality in the office is preferred to hierarchy and subordination. One of the key differences is the level of trust at work, both in the employee and their professionalism and in the capacity to fulfil the task they are assigned.

Among the obstacles towards the employment of international graduates, in most cases stands the lack of advanced Finnish language skill, even where it is not necessarily needed for completing the work. However, more than that, there is a general unwillingness to change an already established routine and to make small adjustments to accept somebody from another country and another culture, even if in the longer term it would bring more diversity and more fresh ideas to the team. While I have been lucky to discover some very positive and enriching work experiences in Finland, my numerous job applications, interviews and observations had also shown the other, so far prevailing side of the Finnish job market.

A few of my Ukrainian acquaintances, who also completed their master studies at Finnish universities, had already left Finland and returned home. They stated that, despite having already settled here, they decided to move back home, as there they would be more likely get a job in their field of studies, would be welcomed into the team and listened to, as well as trusted with an appropriate amount of responsibilities. And this doesn’t only concern Ukrainians, but numerous other international students as well. In a certain sense, it can be said that Finland helps battling the brain drain from Ukraine and other countries. However, isn’t it too costly and unprofitable for Finland to do so?