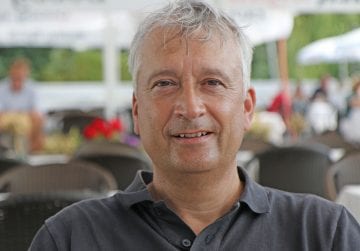 The mass protests against fraud in the presidential elections of August 9, 2020, brought to long overdue public attention to Belarus.  Although once described as the “last dictatorship of Europe,” it is more often perceived as a “white spot” on Europe’s political map. At last, this spot has been filled with color, a color that can be seen in the streets and squares of the country. “Long live Belarus!” (Zhyve Belarus!) and “Go away” (Ukhodi!) are the slogans of those who carry the white-red-white flag through the streets of the country’s cities. However, should the People’s Republic, that was proclaimed in 1918 during World War I under German occupation and whose symbols were used by the People’s Front Party during the phase of glasnost and perestroika, be revived? Once we realize that one slogan is in the Belarusian language and the other in Russian, we have to answer this question in the negative. In the streets and squares there is no search for a national identity, but a proclamation of democratic goals. It is about the search for an alternative to Alexander Lukashenko, who for over a quarter of a century has been the authoritarian ruler of Belarus under the red-green flag that dates back to the Soviet era.

The situation is complicated. Belarus is a region that was under Polish-Lithuanian influence for 400 years, but only 200 years under Russian-Soviet rule. The historical landscape of Belarus took on its present form when the Grand Duchy of Lithuania ceded large parts of today’s Ukraine to the Kingdom of Poland in the Union Treaty of 1569. However, the idea of the Belarusian nation only took shape when Francišak Bahuševič described Belarus geographically as the settlement area of Belarusian-speaking people in the preface of his collection of poems “Dudka biełaruskaja” (Belarusian bagpipe) from 1891. Historically, this region was a transit zone for foreign armies and a transit country for grain trade. In the course of history, its cultural assets have been repeatedly destroyed and transformed. Under these conditions, the doctrine of strong statehood advocated by Lukashenkoa was no longer to be elevated to the leading paradigm for the history of the Republic of Belarus, which was founded in 1991.

Rather, Belarus is to be understood as a contact zone between East and West. The essence of its history is articulated in the long existing interdependence of the lives of Belarusian farmers and Jewish traders as well as Polish landowners and Russian officials. Against this background, the Stalinist forced collectivization of agriculture and the National Socialist Holocaust continue to prove to be traumatic experiences to this day. In the face of enormous population losses and the catalytic function of Soviet technology, the country underwent a metamorphosis after World War II and took on the form of a model socialist republic. In the course of a phase-delayed modernization process, the transformation from an agrarian country to an industrial state took place. The price of this rapid progress was cultural Sovietization and linguistic Russification, and thus the abandonment of national identity. From an ecological point of view, the draining of vast wetlands and the depopulation of traditional villages preceded the nuclear contamination of entire regions by the nuclear fallout from Chernobyl. The Belarus of the 21st century is no longer what it was when the People’s Republic was proclaimed in 1918.

By the fouth Sunday of the protests — at the latest — the red-white-red revolution, which took place under the banner of peaceful demonstrations and foreign policy neutrality, was on display and with it, the split between state and society. A public sphere is filled with a public opinion. As a result of the Corona virus, the Republic of Belarus has gained a chance to reinvent itself from within. It can do so by reconnecting with the socioeconomic transformation of the first half of the 1990s, which was prematurely reversed under Lukashenko, and by embracing its role as a political bridge between East and West.