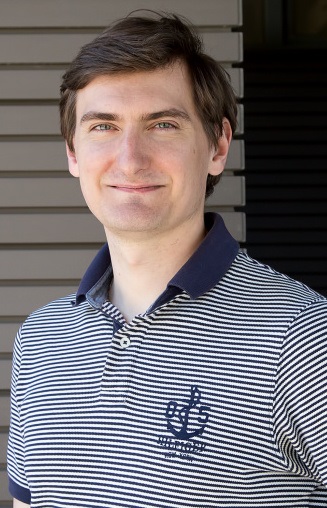 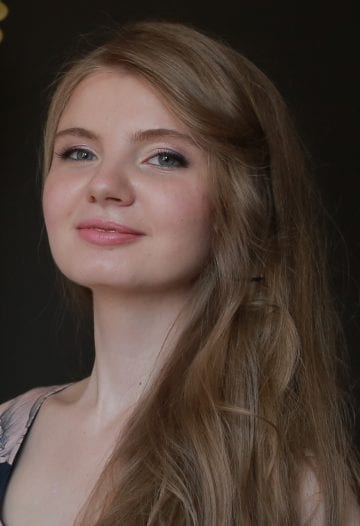 The Baltic region was the first European macro-region to have a comprehensive EU development strategy implemented in Germany, Denmark, Sweden, Finland, Poland, Lithuania, Latvia, Estonia in partnership with 4 non-EU countries (Belarus, Iceland, Norway, and Russia) since 2009. Its goal is to benefit from regionalization in solving issues common to all Baltic Rim countries. The initial emphasis put on environmental issues and transport infrastructure was later diffused on to the agenda of fostering innovation, including the development of innovative infrastructure, alignment in intellectual specialization, and support for non-technological innovations. An extended scope from applied issues of ecology and transport, being rather similar to all countries of the macro-region, to innovation meant incorporation of a wider range of factors that determine this complex area of cross-border cooperation. Policies and initiatives should not only support favorable institutional context for innovative networking, but combat the divergence in scientific, technological, and innovative development of the Baltic Rim economies. Today, the inequality exists both between countries (innovation indices generally define Sweden, Denmark, Germany, Norway, and Finland as innovation leaders), and within them, featuring strong disparities between the innovation core – primarily metropolitan areas, and the innovative periphery.

By keeping knowledge production capabilities as end in mind, the support for transnational ties in research and innovation requires attention to non-territorial types of proximity – institutional, social, cognitive, organizational, cultural, etc. This implies that, firstly, the stakeholders should have complementary knowledge base and related competencies to achieve synergies in R&D. Secondly, all partners engaged in research and innovation should have a sufficient level of scientific and technological development to be able to absorb the external knowledge. Thirdly, there should be a de facto demand and personal interest for cooperation with colleagues from other countries of the Baltic Rim. It could be both the internal stakeholder objectives for an interaction – the necessity for gaining access to third-party developments, technologies, innovative equipment as to complete own research or innovation projects, as well as external ones, being related to the possibility of obtaining other benefits from such cooperation, for example, additional funding.

The spatial configuration of modern innovation systems is sculpted by cities that hold the role of innovation and knowledge centers, accumulating intellectual, technological, financial, institutional resources and infrastructure. Rankings on innovation development of cities (Innovation Cities Index, Cities Global Ranking of Startup Ecosystem, Global Cities Outlook, Global Cities Index, Global Power City Index, Eurocities Awards, Global Liveability Index, Creative Capital in Global Cities, Global Innovation Index, Business Insider, fDi’s European Cities and Regions of the Future, ICF Rankings) for 2014-2019 give an idea of the innovation space dynamics in the Baltic region. By 2019, both the number of rankings and the number of cities of the macro-region listed in them have increased. The modern innovation landscape of the Baltic region is primarily formed by 80 cities, of which 35 are in Germany, 10 in Sweden and Poland, 7 in Denmark and Finland, 4 in Norway, 2 in Russia, Estonia and Lithuania, 1 in Latvia (Iceland and Belarus are not taken into account, while in Russia only the cities of the north-western federal district are considered). 39 of the 80 cities are included in the Innovation Cities Index 2019, as compared to 2014 featuring only 8 – Copenhagen, Berlin, Dusseldorf, Frankfurt, Munich, Warsaw, St Petersburg, Stockholm. Apart from capitals, smaller cities have appeared on the innovation map of the macro-region with their distinct specialization. However, there is still a strong polarization towards metropolitan areas. Apart from their natural superiority in absolute values of quantitative indicators and an established brand of innovation nodes, the methodologies for collecting, analyzing, and interpreting data on innovation development often downplay the role of smaller cities. Having good relative indicators of innovative development and representing interest for participating in cross-border innovative cooperation the provincial cities fall out of consideration.

A significant breakthrough in the evaluation of innovation processes, especially with regard to the early stage of scientific research and development, was the development of scientometric methods of analysis. Spatial scientometrics has enabled to discern small scientific centers against the glow of the stars. In the context of implementing the innovation focus in the Baltic region development strategy, such smaller cities with strong relative performance in a particular field are of primary interest for creating synergies via cross-border cooperation. We see a number of reasons for this. Firstly, the smaller cities are eager to find external partners beyond borders due to limited resources, infrastructure, and the market. As our earlier study shows, cities with under 250,000 people are more active and deeply integrated into research cooperation than larger ones. Secondly, cross-border cooperation in R&D is an excellent tool for developing the innovation capacity of small cities with the benefits of complementarity, since such cities generally have a pronounced specialization. Thirdly, the involvement of an increasing number of cities in the innovation process supports the diffusion of knowledge and innovations, and, consequently, improves and accelerates the development of non-capital territories. Fourth, targeted assistance and government support for cross-border integration of small research centers resolve limited resources and cooperation tools of these cities.

By undertaking a scientometric approach in capturing the innovation landscape of the Baltic region we have identified 480 cities with research indexed in Scopus, 60% of which being located in Germany. The top 10 largest cities by scholarly output (Berlin, Warsaw, Munich, Stockholm, Copenhagen, Saint Petersburg, Kraków, Heidelberg, Helsinki, Oslo) function as research and innovation centers, identified both within the framework of innovation rankings and our scientometric analysis. The results are rather expected, as most of these cities are the capitals or largest cities of their countries, concentrating the intellectual and entrepreneurial potential, including absorbed from neighboring regions.

Russia is represented by 12 cities in the scientific space of the Baltic region. In addition to Saint Petersburg with over 73 thousand papers published in 2019, it is worth highlighting Gatchina with more than 4 thousand papers; Petrozavodsk, Kaliningrad, Arkhangelsk, Severodvinsk with an average of 1.5 thousand papers, and small Veliky Novgorod, Murmansk, Syktyvkar, Cherepovets, Pskov, Ukhta – from 100 to 500 publications. The total contribution of Russian cities to the knowledge domain of the macro-region in 2019 amounted to more than 85 thousand publications, which is 55.9% of the annual publication volume of Berlin – the largest scientific center of the Baltic region. This is the average result for the macro-region. If we benchmark the share of other countries to the annual volume of scholarly output generated in Berlin, the countries with the lowest values are Latvia (9.2%), Estonia (13.3%), Lithuania (15.6%); the countries comparable to the city of Berlin in terms of publications are Norway (105.5%), Finland (108.1%), Denmark (132.1%), and countries that double the annual publications volume of Berlin – Sweden (200.1%) and Poland (261.8%). At the same time, publications from Russian cities remain the most underestimated in the scientific community among the cities of the Baltic region, which is reflected in the low citation volume. Whereas in Sweden, Finland, Estonia, Denmark, Norway the ratio between the number of publications and citations relative to Berlin range from 1.03 to 1.22 times, for Russia this indicator is 2.69 – this is the largest gap among the countries of the Baltic region.

In our opinion, this situation is explained by additional obstacles to the integration of Russia into the scientific space of the Baltic region, being absent or less pronounced for other countries of the macro-region. The complex of these inhibitors can be divided into several groups. Firstly, these are individual factors, related to personal competencies of researchers (first of all, these are language barriers as the English language is required for scientific correspondence, writing and reading scientific texts). Secondly, the factors determined by history, culture, and established scientific paradigms. Among the countries of the Baltic region, stable scientific ties have developed historically, featuring a unified perception of methods and concepts as opposed to those historically embedded in Russian science. Thirdly, is institutional set of factors. Substantial differences exist in the architecture of scientific systems and the criteria for evaluating scientific activity between Russia and other countries of the macro-region. Moreover, cross-border research cooperation requires great efforts to overcome institutional barriers between countries, stressing the needs for special mechanisms encouraging interactions between Russian scientists and scientists from other countries of the Baltic region. Fourth, is the geopolitical factor. A change in the vector of national policies and the deterioration of political relations between countries has affected scientific cooperation.

Acknowledgement: The paper is part of the RFBR project No. 18-310-20016 “Coastal cities in innovation spaces of the European part of Russia”.