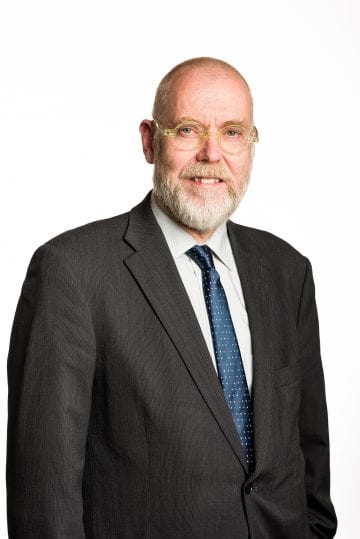 The accession of Finland and Sweden in 1995, moved the European Union northwards. The Union extended over the Arctic Circle, and Russian Federation became a next-door neighbor. The accession negotiations with Estonia, Latvia, Lithuania and Poland further increased the role of the Union in the Baltic Sea region.

The Union needed a policy to build cooperation with its new neighbors in the north, and to take care of the challenges facing this region. This was the foundation of the Northern Dimension initiative, which since 2006 has been common policy of the Union, Iceland, Norway and Russia in the region.

The biggest successes have been achieved in improving the ecological situation of the Baltic Sea and nuclear safety in North-West Russia. The Northern Dimension Environmental Partnership has helped to finance major investments in wastewater treatment plants in St Petersburg, Kaliningrad and Petrozavodsk. The water quality has clearly improved. At the moment, similar projects are being realized in Belarus.

Similar partnerships have been created in fields like transport, culture and social and health questions. The Cross Border Cooperation projects jointly financed by the European Union and its member states and the countries in the region has helped both to create infrastructure like border crossing infrastructure, and other links between authorities and people in the border areas.

When the Northern Dimension idea was floated some twenty years ago, the focus was in the Baltic Sea region. At the time, arctic cooperation was taking its first steps after the establishment of in the Arctic Council in 1996. There was little talk about the economic prospects of the region.

Now the ongoing climate change and technological innovations are changing this picture. This summer, the ice cover of the Arctic Ocean was 2 million square kilometers less than decade or two ago. The area around Ob bay on the Arctic Ocean has become center for Russia’s production of liquefied natural gas (LNG). Transporting this gas and other goods has led to increase the traffic on the sea route along the northern coast of Russia. This route shortens the distance between Western European and East Asian ports some 20 to 30 %.

In May, Finland finished its second two-year presidency of the Arctic Council. The environmental questions were in the foreground due to the fact that climate in the arctic areas is changing faster than elsewhere. In the Arctic, the emphasis is on adaptation as the emissions from the region are relatively limited. However, the countries in the region can play a role especially in curbing emissions of black carbon which makes ice and snow melt faster. This can be done most efficiently by reducing flaring of associated gas in oil production, by using cleaner fuels in arctic shipping or by cutting emission from local heat and power production.

Increased economic activity like shipping requires better and more reliable weather forecast and search and rescue capabilities. This is why meteorological cooperation was one of the priorities of our Arctic Council presidency. This work is being continued by Iceland, which holds the presidency at the moment.

The arctic countries have negotiated agreements on search and rescue and on Marine Oil Pollution preparedness and Response. These questions are among the main topics in the Arctic Coast Guard Forum, which has been created to facilitate work of the authorities responsible for the safety of shipping and protection of marine resources. The same organizations bear the main responsibility in fighting oil spills and other environmental hazards as well.

Increased importance of the arctic region has widened the interest beyond the eight countries of the region (Canada, Denmark, Finland, Iceland, Norway, Russia, Sweden, United States). In addition to the six permanent participants representing six arctic indigenous communities, there are 13 countries, and tens of intergovernmental and non-governmental organizations as observers.

Arctic Council is not the only organization, which has seen the challenges facing the region. The International Maritime Organization (IMO) has approved Code for Sips Operating in polar Waters, which entered into force in the beginning of 2017. It sets out regulations for shipping and ship design in arctic regions.

The Arctic region is more in the focus of the European Union as well. The Union is de facto observer of the Arctic Council. The Union approved its integrated policy for the Arctic in 2016. It calls for wide and deep multilateral and regional cooperation in the region. Since 2017, the Union has Ambassador for Arctic Affairs. There is increasing European funding for Arctic research.

With the growing role of the Arctic the scope of Northern Dimension is geographically larger but the goals remain: a cleaner and safer north based on good cooperation with our neighbors and partners