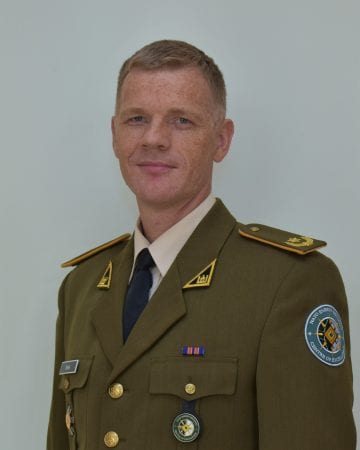 Ukraine takes one of the last places in the world in terms of oil refining. However, Ukraine is considered to be one of the oldest oil-producing countries. The raw material was first discovered on the Kerch Peninsula in the 3rd century. Moreover, oil was also easy accessible in Transcarpathia. The industrial extraction of the raw material began in 1771. In 1781 in Western Ukraine, almost 150 tons of oil were extracted per day. The maximum annual production was 2 million tons in 1909, putting Galicia into fourth place among the world’s oil-producing regions. The development of deposits in Eastern Ukraine began more recently. Oil deposits were first discovered in the Sumy region in 1936. Mining began in 1940 and was 10 tons per day. The maximum oil production in Ukraine was 13.3 million tons (14.5 including gas condensate) in 1972 and has been gradually decreasing since then.

Today, oil resources in Ukraine have dropped by more than 60%. The reason lies in the lack of financial outlays for exploration and production and depletion of existing resources. Consumption of oil products in Ukraine is also falling, from 1991 to 2018 it decreased from 58.1 to 10.1 million tons, respectively. This is because Ukrainian refineries, as main consumers of crude oil, have gradually reduced the volume of oil refining and production of petroleum products. The majority of Ukrainian refineries as of 2018 are not working.

The situation was different in the past. In 1980s, Ukraine had six refineries capable of refining above 60 million tons/year.

The development of the refining industry in Ukraine began in Galicia together with the increase in oil production. In 1889, with 57 operating refineries in the region, Galicia was the third largest producer (41,000 tons/year) of oil and refining after the USA and Russia.

In other regions of Ukraine, the refining industry appeared much later (Odesa in 1935, Berdyansk in 1936 and Kherson in 1937). Soon after the end of World War II, the Kherson and Odesa refineries was reconstructed. In addition, two more refineries were built in Kremenchuk (1966) and Lysychansk (1976). Shebelynka Gas Processing Plant (also produces oil products) was commissioned in 1960.

Due to its small oil reserves, Ukraine has limited chance to become independent from oil imports. Nevertheless, it can try to reduce its dependence on imported fuels. There are two ways to achieve the above stated goal. First, to increase refineries capacity utilization level to meet internal demand. Second, to diversify and ensure crude oil supply to the refineries and protect local oil product’s market. It could give prospects for Ukraine to mitigate dependency on import of oil products from Russia and Belarus. All mentioned depend on state’s policy in Ukraine and could set basic conditions for further development of oil refining industry in Ukraine.

There is little chance to rehabilitate five Ukraine’s refineries which were mentioned above as closed. Moreover, there is also no need to construct new refineries from scratch (estimated cost of the project could be around €6 billion — comparing to Socar’s €5.5 billion refinery complex, which opened recently in Turkey with refining capacity of 10 million tons/year). Thus, the only considerable way to increase volume of refined oil is to make the Kremenchuk refinery (as it is only refinery in Ukraine which has design capacity to meet a domestic demand of oil products) much more efficient. According to rough estimation, Kremenchuk’s refinery would require €1 billion in investment to reach stated goal.

Another important achievement of Ukraine would be diversification of crude oil supply to the refineries. The capacity of the Ukrainian trunk oil pipelines system is currently largely unused. This mainly concerns pipelines designed to supply oil for the need of domestic refineries.

An alternative to Russian crude oil supplied to Ukraine may be Saudi, Azeri, Kazakh or Turkmen oil. If Russia’s aggressive policy is stopped and Ukraine’s integrity is maintained, the supply route from the Black Sea (Odessa port) to Kremenchuk refinery could provide alternative supplies from any global supplier.

Which direction of supply Ukraine chooses, will depend primarily on state’s policy in oil refining industry and domestic fuel market regulation. Due to the fact that Crimea has been annexed, in the near future Ukraine cannot count on natural resources that are on the Black Sea shelf. In the future, if Ukraine manages to regain the annexed territories, the potential of sea ports and shelf’s resources will be an important asset.