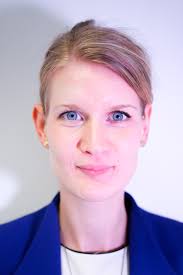 So far this century, no country in the world has suffered a greater depopulation rate than Latvia. In 2014, the population was 19% lower than in 2000. In the past two decades, the three Baltic countries lost a significant portion of their population. A combination of low birth rates, ageing population and emigration contributed to the decline.  High rates of emigration are not unique to the Baltics. Since Central and Eastern European countries joined the EU, and especially since the financial crisis, many have emigrated for work or educational reasons.  Emigration’s impact on societies and economies has been severe, resulting in shortages in the labour market and in further demographic problems. Only recently did statistics indicate that the wheel may be turning in Estonia and Latvia as net migration edged towards positive numbers even if for just a few months.

So far this century, no country in the world has suffered a greater depopulation rate than Latvia.

In the Baltic states, similarly to other Central and Eastern European countries return migration is often portrayed as the magic solution to improve the countries’ demographic trends. Migrants’ return has been seen as a way to reverse brain drain, a way to turn migration into a source of net human capital gains, simply put ‘brain gain’. This view is not new:  during post-war decades, migrants’ skills and experiences were welcomed as a ‘brain gain’. Today, assets that returning migrants  bring include work and study experience in diverse environments, languages, innovations, advanced technology skills, foreign contacts, entrepreneurial aspirations, and financial resources to be invested in business ventures.

Municipalities, governments, NGOs and even investors have developed initiatives such as regional return migrant support, small business grants, or working with businesses who pledge to recruit remigrants.

Municipalities, governments, NGOs and even investors have developed initiatives such as regional return migrant support, small business grants, or working with businesses who pledge to recruit remigrants. Such initiatives, whether supporting entrepreneurs or return migrants, recognize that new beginnings are not easy. Return migrants face complex challenges, such having to build a new network, integrating into society, and figuring out the administration of life. However, there is a vast diversity of interests, experiences and difficulties among returnees like in any other part of the population. Return migrants come back to a place they used to know, but a place that changed since they left. Their experiences abroad influence their expectations about salary, lifestyle and attitudes to corruption. As a result, many returnees leave their home countries again. In Lithuania, it was found that returnees can face prejudices from employers. Employers’ perception was that returnees expectations and experiences do not match up. Employers also find it difficult to account for the diversity of returnee experiences.

Thus, many questions remain unanswered. Policy makers and businesses may be responding to demographic shifts based on hunches and prejudices. Lack of recent research contribute to the myths around returnees, entrepreneurs and employers attitude. A new study we are conducting at the Stockholm School of Economics in Riga on remigration and brain gain aims to provide a clearer picture about the experiences of employers and returnees. Granular data from interviews and aggregate data from pan-Baltic surveys will give evidence on which to base policy now and in the future. Through this research, we will learn about experiences of employers, business owners, employees and return migrants; this will help to respond to today’s opportunities and challenges.  Surveys and interviews with thousands of high school graduates will give us a glimpse into the future: what the next generation’s hopes, dreams, migration plans and entrepreneurial intensions are. Combining the data about the now and plans for the future could help policy makers and the business community to strengthen their initiatives and policy in search of a sustainable if not magic solution.